In Search of A Rare Roman Pocket Calculator

As far as we know, three original copies of the Roman hand abacus (see How Did the Romans Calculate? and Calculating With Roman Numerals is Not So Difficult) have survived. They are made of bronze and are located in Aosta (Musée Archéologique Régional), Paris (Bibliothèque nationale), and Rome (Palazzo Massimo alle Terme).

There is a fourth device, but nobody knows where it is.

On 2 March 2019, I received a request from Jérôme Gavin of Geneva for the whereabouts of the magnificent ivory Roman hand abacus (see Figure 1). The device belonged to the collection of IBM Europe, Paris, and was temporarily exhibited in Sophia Antipolis (France). The Amisa Association (Association pour le musée international du calcul de l'informatique et de l'automatique de Valbonne Sophia Antipolis) lent out part of the IBM collection from 1991 to 2008. Its location has been unknown since it was returned to its owner.

IBM Europe no longer exists. The collection was allegedly dissolved and possibly auctioned.

In 1984, IBM Europe had acquired a large part of Lucien Malassis' (former) collection, including a Pascaline. This machine is located in the IBM Corporate Archives in Poughkeepsie, NY.

It is uncertain whether the Roman hand abacus of the British Museum in London is genuine. 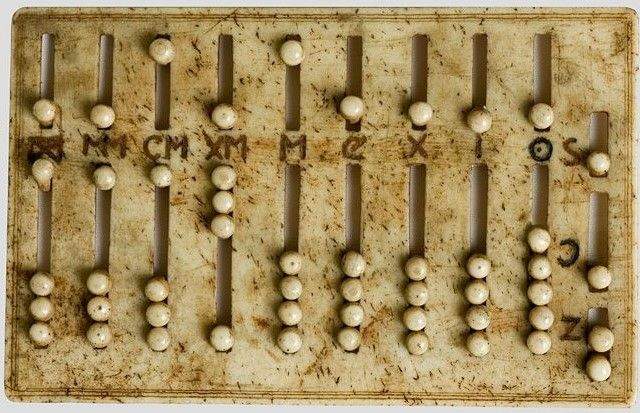 IBM has lost its enthusiasm for the history of computing

For many years, I have been trying to learn more about IBM's collection of historical calculating devices, especially in France, Germany, and the U.S. There was a "Haus der Geschichte" (House of history) in the Stuttgart area, but IBM gave it up.

One is in the dark about the whereabouts of the Paris collection. The corporate archives are located near New York. However, their collection is no longer open to the public. Unfortunately, no inquiries are answered.

There is no link between the IBM Europe collection (Paris La Défense) and the Musée de l'informatique (Paris, La Défense), which opened in 2007 and closed in 2010. According to Philippe Nieuwbourg, however, there was a collaboration.

When AI Asks Dumb Questions, It Gets Smart Fast