China's game market is the largest worldwide, recording $32.5 billion in sales in 2017. However, the lack of copyright protection (common in the European Union and U.S.) has forced China's game developers in the offline PC game industry to pursue Web and mobile-based game development. Today, few developers in China focus on developing PC or console games.

Of the 507 million gamers in China as of June 2017 (an estimate by the China Audio-Video and Digital Publishing Association and CNG Games Research Center in the China Gaming Industry Report January-June 2017), the number of console game owners (an estimated 9.09 million, according to global gaming research firm Newzoo in 2016) and offline PC gamers (18.5 million, based on data provided by Steam in 2017) together account for less than 10%.

The Chinese video game market boom has been driven by escalating quality, attracting gamers with amazing in-game graphics, music, stories, level design, and gameplay, but increasingly players are attracted by the desire for socialization. Games give players what they don't have in real lifethe happiness of making friends, a feeling of superiority in their skills, the feeling they are "part of something." As a result, interactive video games like the relatively new PlayerUnknown's Battlegrounds (PUBG), which support various forms of collaboration and confrontation among gamers, create an obsessive stickiness for Chinese users.

Promotion and marketing of video games increasingly relies on socialization. Tencent, a conglomerate with greater revenues in 2017 ($21.9 billion) than the combined revenues of Activision Blizzard ($7.07 billion), Electronic Arts ($4.845 billion), Ubisoft ($1.704 billion), and Take Two Interactive ($1.779 billion), touches tens of millions of users via its Web portal QQ and mobile chat service WeChat, and attracts them to its online games. For example, players are drawn to Tencent's multiplayer online battle game Arena of Valor through the company's operation of the League of Legends multiplayer online battle arena game on the PC platform.

Games give players what they don't have in real lifethe happiness of making friends, a feeling of superiority in their skills, and the feeling they are "part of something."

Socialization's prominent role in Chinese video games has attracted special attention from computer scientists. Several news publications labeled 2017 the "Year of Artificial Intelligence," marking a transformation in human-computer interaction. A good example of this can be seen in NetEase.

NetEase, Inc., founded in 1997, is a leading Internet company providing online services centered on content, community, communications, and e-commerce. It entered online gaming in 2001, and develops and operates large online games that accounted for 60% of its 2017 revenue of $5.3 billion, making NetEase the sixth-largest game company in the world.

NetEase architects in-game social systems as a core competitive advantage. The company cultivates player loyalty by constructing in-game social networking systems in which players collaborate and compete just like they do in the real world, through their avatars.

Yet gamer presence and immersion in virtual worlds is crucially tied to the intelligence of in-game non-player characters (NPCs). In conventional games, most NPCs stick around certain areas and mechanically repeat conversations and behaviors when prompted, providing limited interaction. If NPCs can have sophisticated logic, responding spontaneously to player input, a game's explorative and immersive experience could reach a whole new level.

With artificial intelligence advancing rapidly, NetEase is investing aggressively to improve in-game social interaction between human and machine. NPC-based artificial intelligence (AI) was first incorporated in offline role-playing games (RPGs), such as the Nemesis System that enabled the game Middle Earth: Shadow of Mordor to stand out, as it allowed enemies in the game to actually evolve by slaying the player's character, resulting in their growing into dangerous adversaries.

From the earliest massively multiplayer online role-playing games (MMORPGs), social interaction has formed an intrinsic part of online game play. MMORPGs have been designed as virtual worlds that are socially realistic, achieving immersion based on diversity of interaction. When World of Warcraft hit the market in 2004, that game's designers at Blizzard Entertainment had already started to leverage "reputation" to enrich interactions between players and NPCs (Figure 1). 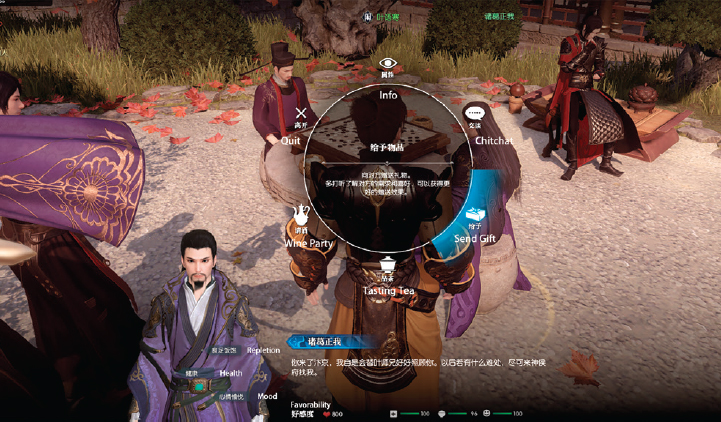 Figure 1. The NPC interactive interface on Nishuihan Online (still in development from NetEase).

New game releases by NetEase add more granularity to NPCs' interactions with players. In popular multiplayer online role-playing games, players interact with several characters as groups, and reputation determines how their interactions with each faction play out. In Justice Online (Ni Shui Han) and The Legend of Chu Liuxiang (Figure 2), among other online RPG titles, players' avatars interact with NPCs as individuals. Each character behaves within a framework of dimensions including personalities, emotions, and health. The states of players' avatars and NPCs are influenced by their history and actions, which affect how they interact with each other. For example, an NPC with a growling stomach might decline a martial arts contest with other players; those with evil morals may find it difficult to improve righteous NPCs' approval ratings; and some of the NPCs will give gifts to and team up with players they favor. Such interactions are not new to users in offline RPGs, but are still innovative to developers of online games, and have proven popular with players. 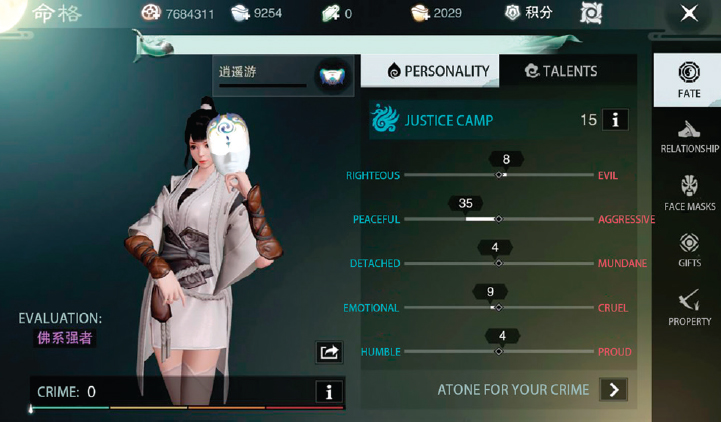 Figure 2. The personality traits of a player in The Legend of Chu Liuxiang, recently released by NetEase.

In future games, NetEase plans to incorporate personified chatbots behind NPCs and speech synthesis, enabling diverse and even spoken interaction. Another conceptual project at the company is the creation of voice-based games in which the player's commands and directions are spoken, and several intelligent characters can behave in complicated ways and respond to situations independently.

To accomplish those goals, the company is exploring the use of reinforcement learning to train AI in ways including behaviors associated with any kind of language. NetEase developers also are working to improve the facial expression and body language of NPCs using facial expression transfer, motion transfer, and emotion recognition from text for 3D facial expression rendering. As a result, NPCs may become sufficiently human-like for gamers to have sentimental interactions with them, and even relationships.

Project Managers Shouldn't Trust Their Programmers. Do This Instead