The sharing economy seems big and growing fast. In 2015, PricewaterhouseCoopers estimated that, from $15 billion in global revenue in 2014, car and room sharing, crowd-funding, personal services, and video and audio streaming would reach $335 billion by 2025.1 These numbers extrapolate from the growth rates of Uber and Airbnb. Are these growth rates sustainable and is the economic activity really new? It is time to ask these questions.

The sharing economy depends on digital platforms that enable people who do not know each other to access underutilized assets (see my previous column "How Established Firms Must Compete in the Sharing Economy," Communications, Jan. 2015). We often associate these ventures with "peer-to-peer" (P2P) technology, like Napster in the late 1990s. However, the recent estimates include two very different business models. Sometimes individuals own and share the assets, like extra rooms, household tools, music files or movie videos, their own free time and skills, and even their pets. Prominent examples include Airbnb, HomeStay, Uber, Lyft, Rover, TrustedHousesitters, and Taskrabbit (recently purchased by Ikea). In other cases, companies own and lend out the assets, like automobiles, bicycles, scooters, or even basketballs and umbrellas. Prime examples here are Zipcar, now owned by Avis, and Car2Go, owned by Daimler-Benz. Asset sharing that is P2P seems new but B2C (business-to-consumer) sharing is another version of the traditional rental business, and may be substituting for that activity. Even Airbnb may not be totally new economic activity, as it substitutes for traditional bed-and-breakfast revenue or hotel and vacation home rentals.

The confluence of information technology, entrepreneurship, and venture capital has led to the creation of many new ventures.

Nonetheless, the confluence of information technology, entrepreneurship, and venture capital has led to the creation of many new ventures, and that is generally good for any economy. Smartphone apps, cloud-based servers, and GPS technology have made various sharing services easy to launch and use. Many apps incorporate social media functions that allow users and providers to rate each other, which seems to increase trust among strangers. Venture capitalists have fueled growth by investing billions of dollars, especially in room sharing and ride sharing. 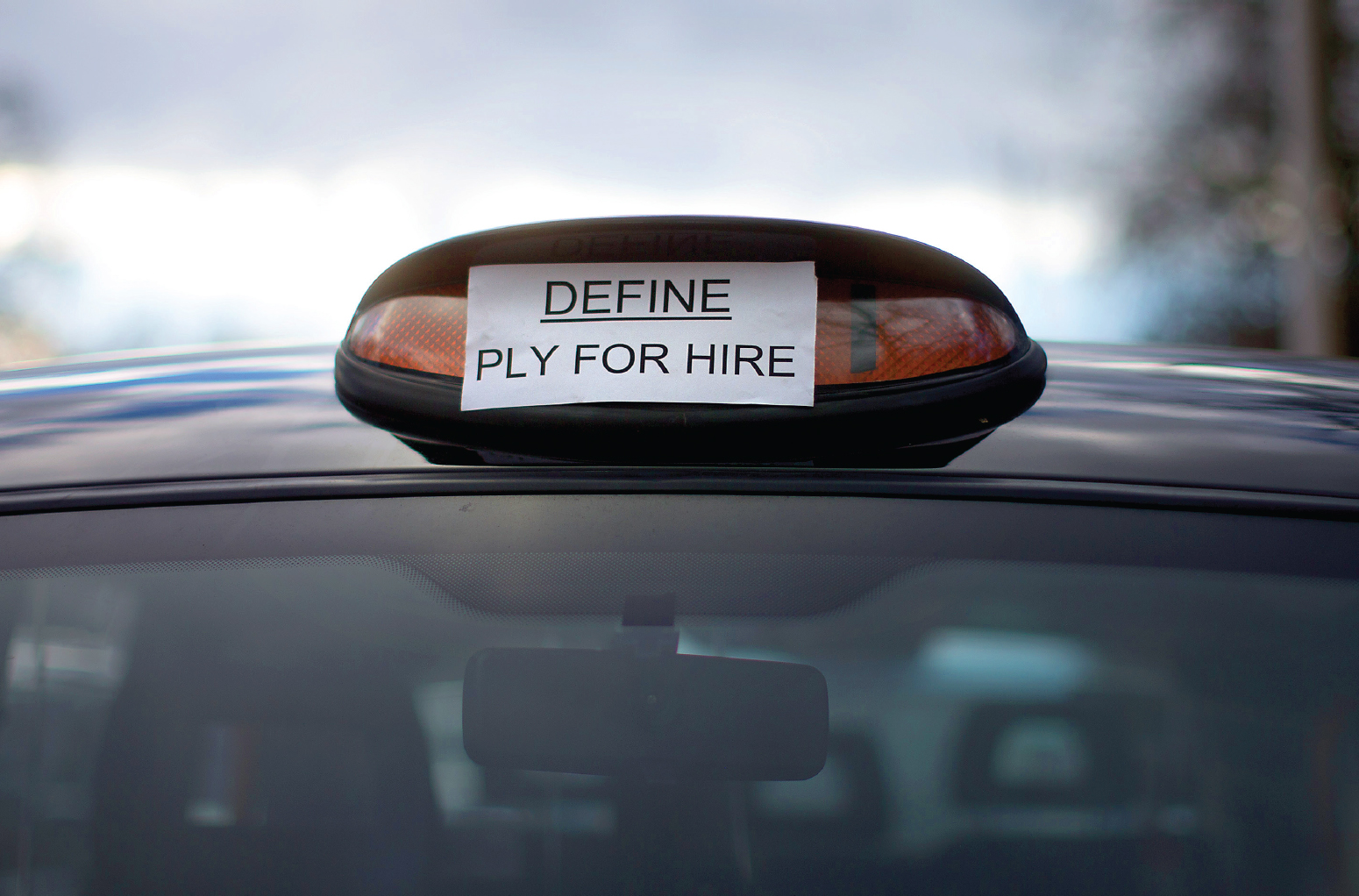 Figure. A cab driver mounted a sign over the cab light as part of a strike to protest against Uber in London in February 2016.

Demand is also there, especially in the U.S. A Time magazine poll published in January 2016 estimated that 42% of Americans had already used a sharing economy service, and that 22% had provided one. (By contrast, one observer in 2017 estimated that merely 1% of Japanese had used a sharing economy service.5) Most common among U.S. users were ride sharing (22%, led by Uber, Lyft, and Sidecar), room sharing (19%, led by Airbnb, VRBO, and Homeaway), and personal services (17%, led by Handy.com, Care.com, and Taskrabbit).7 Younger (ages 1634) U.S residents were the most common users and providers, though all ages participated.4

On the negative side, most sharing-economy ventures seem to be small, losing money, and surviving on venture capital. Airbnb is an exception. After raising $3.1 billion in venture capital and reaching a valuation of about $30 billion, it claimed to turn a profit in 2016. Uber is yet another story. After raising some $10 billion in venture capital and achieving a recent valuation of nearly $70 billion, it lost $2.8 billion in 2016 on revenues of $6.5 billion. Scandals and management turmoil also led to the replacement of Uber's founder Travis Kalanik as CEO. How can a platform as popular as Uber be so valuable and lose so much money? Here is where the promise of the sharing economy meets reality.

First, are weak network effects (see "The Evolution of Platform Thinking," Communications, January 2010). These are positive feedback loops whereby each additional user or complementary product or service should provide an increasing benefit to other platform users, resulting in geometric or even exponential growth in value. In Uber's case, the more drivers there are, the more convenient Uber becomes. The more riders Uber attracts, the more drivers are likely to want to work for Uber. More drivers make the service more convenient and should attract more users. Complementors are also moving in with third-party apps that integrate Uber with other Web sites and enhance the riding experience.6 However, Uber's apps ecosystem is still nascent. And most of Uber's network effects are local, not regional or global. Adding more drivers in San Francisco adds some benefit to Uber users, but only when they travel.

Second, are limited economies of scale, apart from network effects. The new ventures often have huge expenses for sales and marketing, and R&D. Legal challenges also add costs and depress operations. Uber recently lost its license to operate in London, and it barely functions in Japan, where drivers must have taxi licenses. Airbnb has had to negotiate with several cities to pay hotel taxes and avoid being shut down. Hotels are fighting back with new services and pricing schemes.

Third, is "multi-homing." Customers can use traditional services or competing platforms (their "homes" for the activities). There is not much to stop an Uber user from also using Lyft, Zipcar, Car2Go, or regular taxis.

Fourth, are subsidies. Platforms bring together users with providers, but one "side" of the market is usually more important to attract the other side. The platform company must identify and subsidize that all-important side. Airbnb must have rooms to rent in order to attract renters. Uber must have drivers roaming about in order to attract riders. To list a room on Airbnb is free. When a customer rents a room, that person then pays the renter through Airbnb, which takes 6% to 12% from the guest's fee plus 3% to 5% from the property owner.3 By contrast, to attract and keep drivers, Uber pays an hourly wage in addition to a commission.2 At the same time, Uber keeps prices artificially low to make the service cheaper than taxis or competitors. Thus, in contrast to Airbnb (which charges its two market sides), Uber subsidizes both of its market sidesdrivers and riders.

Uber is also investing millions of dollars in autonomous vehicle research in the hope that, someday, it can eliminate drivers. If and when Uber does go driverless, it will then have to own or rent a fleet of carsyet another enormous expense. The company may hope to drive competitors out of business and then raise prices, but Uber is likely to run out of venture capital long before that happens.

Most other sharing economy ventures are very small in comparison to Uber, but many seem to suffer from the same problemthey must spend more than their revenues on subsidies and marketing to get users and providers. We will know for sure how viable these ventures are for the long run as more time passes and when more of them release detailed financial information or simply run out of venture capital and shut down. Meanwhile, the bigger Uber gets, the more money it loses. Its business model does not bode well for the future of the sharing economy.

4. Quinones, A. and Augustine, A. Technology and trust: How the sharing economy is changing consumer behavior. U.S. Banking Watch (Nov. 19, 2015).