Been intrigued by 'soft robotics' that can change shapes    Here new work out of U of Sussex, that can transform.    Applications?   Programmable materials in changeable environments.

Researchers at the University of Sussex…

Apple isn't known for industrial, so this is an interesting spin.   Note also the predictive spin using I assume machine learning.  Much more about the work at the link.   I was an early tester of GE Predix, and its aimed at

Brought to my attention weeks ago.  Just because they are in competition with assistants?  Or is it some technical aspect of how marketing value is shared in Youtube videos.  We need to know that channels, especially new ones…

Today the Barcelona Supercomputing Centre announced plans to allocate 475 million core hours of its supercomputer MareNostrum to 17 research projects as part of the PRACE initiative. Of all the nations participating in PRACE's… Phil Carns from Argonne gave this talk at the 2017 Argonne Training Program on Extreme-Scale Computing. "Darshan is a scalable HPC I/O characterization tool. It captures an accurate but concise picture of application I/O behavior…

In August, four US Senators introduced a bill designed to improve Internet of Things (IoT) security. The IoT Cybersecurity Improvement Act of 2017 is a modest piece of legislation. It doesn't regulate the IoT market. It doesn't…

How Manufacturing will Leap Forward with Exascale Computing

In this special guest feature, Jeremy Thomas from Lawrence Livermore National Lab writes that exascale computing will be a vital boost to the U.S. manufacturing industry. “This is much bigger than any one company or any one industry…

A cumulative effort over several years to scale the training of deep-learning neural networks has resulted in the first demonstration of petascale deep-learning training performance, and further to deliver this performance when…

staff | October 18, 2017 at 09:30 AM From Computer Science Teacher - Thoughts and Information From Alfred Thompson

Am I Doing It All Wrong?

My programming students are learning about methods. Functions, subroutines, what ever you want to call them they are important. Coming up with examples for demos and projects is an interesting exercise. There are actually several… 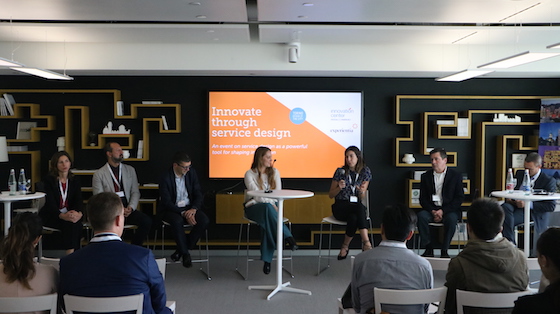 by Erin O’Loughlin – Photos: Naz Kazazoglu In Turin, you only need to tell your taxi driver “Take me to the skyscraper” to end up at the impressive Innovation Center of the Intesa Sanpaolo bank, rising in the heart of Turin, …

Intel to Ship Neural Network Processor by end of year

Intel's Naveen Rao writes that Intel will soon be shipping the world’s first family of processors designed from the ground up for artificial intelligence. As announced today, the new chip will be the company's first step towards…

Will it be head to head or collaborative?  Microsoft  has already said they were collaborating with Alexa systems in their recent meeting.  Future health systems may need to do more listening than speaking.    More below:

Logical, first I had seen this stated this way. But then anything that does work to perform useful tasks or gather data should ideally be integrated into a workflow. Formally or informally.

The ultimate AI play has devices teaching each other in context.

Automating machine learning will make the technology more accessible to non–AI experts.   by Will Knight,  Technology… The Science DMZ architecture developed for moving large data sets quick and securely could be adapted to meet the needs of the medical research community. "Like other sciences, medical research is generating increasingly large…

Call for Contributions: PEARC18 in Pittsburgh The PEARC18 Conference has issued its Call for Contributions. The conference takes place June 22-27 in Pittsburgh. "The Practice & Experience in Advanced Research Computing (PEARC) annual conference series fosters the creation…

Today ACM and IEEE Computer Society named Jesús Labarta of the Barcelona Supercomputing Center as the recipient of the 2017 ACM-IEEE CS Ken Kennedy Award. Labarta is recognized for his seminal contributions to programming models…

Video: The AI Initiative at NIST

Michael Garris from NIST gave this talk at the HPC User Forum. "AI-enabled systems are beginning to revolutionize fields such as commerce, healthcare, transportation and cybersecurity. It has the potential to impact nearly all… OpenSFS today announced the first Long Term Support (LTS) maintenance release of Lustre 2.10.1. "This latest advance, in effect, fulfills a commitment made by Intel last April to align its efforts and support around the community…

A security flaw in Infineon smart cards and TPMs allows an attacker to recover private keys from the public keys. Basically, the key generation algorithm sometimes creates public keys that are vulnerable to Coppersmith's attack…

More than 200 researchers at the University of Pisa use high performance computing (HPC) systems in their quantum chemistry, nanophysics, genome sequencing, engineering simulations and areas such as big data analysis. The University's…

Garmin Speak puts Amazon Alexa in your car,  It's now available for $150.   By Mariella Moon, @mariella_moon

Gamin's GPS devices already feature voice control, but if you'd prefer to have Alexa onboard, its latest product is more…

Franz Dill | October 17, 2017 at 07:28 AM From Computer Science Teacher - Thoughts and Information From Alfred Thompson

I met Mike Thompson (no relation) just recently. He was giving a professional development session on teaching middle school students with AppInventor. I wanted to see how others taught that and I got some very helpful ideas and…

Richard Thaler’s Nobel Prize is a win for good design

by Erin O’Loughlin Richard Thaler’s 2017 Nobel Economics Prize on Monday was met with more buzz around the offices of our design agency than is usual for economics news. What people outside of the industry probably don’t realize…

Report from the Smart Kitchen Summit

Used to attend these kinds of meetings,  to feed our own innovation center experiments, always had to separate the reasonable from the outlandish.  In say a decade long frame.  I am a cook from way back so I do appreciate what…

Put Humans at the Center of AI

Worked with the Stanford AI lab, and a number of the startups and students that came out of it.

Put Humans at the Center of AI  in Technology Review

At Stanford and Google, Fei-Fei Li is leading the development of artificial intelligence…

We were involved in work that sought to autotag pictures of people and pets in still images and video.  So this is quite a step forward.  Not too long ago this was not achievable.   Some details at the link below. In this podcast, Peter Nugent from Berkeley Lab explains how scientists confirmed the first-ever measurement of the merger of two neutron stars and its explosive aftermath. "Simulations succeeded in modeling what would happen…

Facebook Inc. unveiled its latest contribution to the artificial intelligence…

Typically we do the following:

Prove EQO is not regular by the pumping lemma.

Then to show EQ is not regular you say: If…