My mother moved to the retirement home six months after my dad died. She left me the task of clearing out his things. I could hardly blame her. In his later years most of his reading had been electronic. In the first half of his life he'd accumulated so many hardbacks and paperbacks they'd overwhelmed the family home, let alone the flat my parents later moved into. When I was a kid I thought living in a disorderly library was normal. Mind you, I also thought spending a long weekend in a hotel full of shabbily clad or bizarrely costumed adults, bored teens, and precocious kids was how everyone celebrated Easter.

"All that old science fiction," my mother said. "Signed first editions and all. They must be worth a fortune by now."

I knew better, but I didn't disillusion her. If I had to, I'd heave the lot on the skip and send her a fat check and a white lie.

I was alone in the flat, under a desk and elbow-deep in entangled recharging cables for obsolete devices, when a phone rang. I jolted upright, banged my head, backed out, and searched. I'd just located itin a dusty corner, charger still plugged inwhen the ringing stopped. From behind me, my father's voice answered:

I whirled, then grimaced at my momentary fright. The voice was coming from a small round box on a book-laden shelfthe Agent, still plugged in. Like all such personal-assistant AIs, the Agent works by eavesdropping on you and imitating your voice and manner and turns of phrase on the phone. Nothing spooky about that, until you hear it talking in a dead man's voice ... 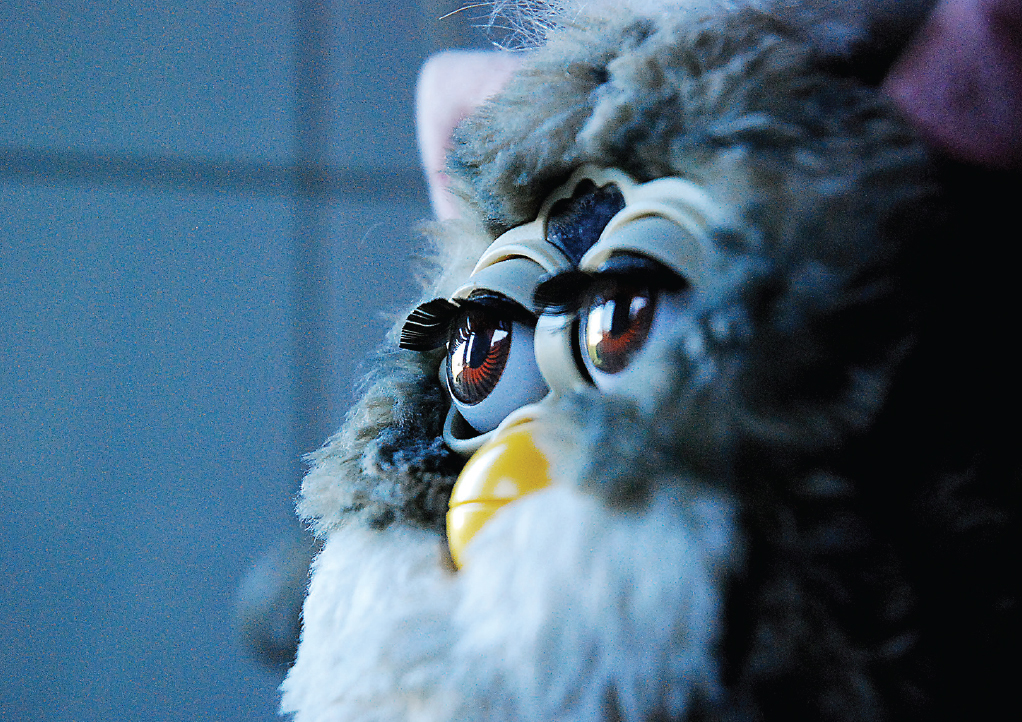 "Fine, fine," a voice from the phoneRogerreplied. "Just calling to see how things are with you."

"All's well, thanks. I'll be at ScotCon next month. You?"

I shivered. The upcoming science fiction convention must still be in my father's calendar app, regularly downloading data and updating itself. I didn't know whether to interrupt the call or wait until it ended to ring back and break the news to Roger.

"Yeah, for sure," his voice chuckled. "Hey, did I ever tell you how I missed the Furby singularity?"

"The what?" Dad's voice said from the Agent.

I knew what Roger was about to say. I'd heard his Furby anecdote before, and more than once. My childhood memory of Roger snapped into focus: beard, glasses, Army-surplus jacket, pint of real ale, loquacious ...

"Before your time, I guess. Furbies were furry toys with voice chips. You could talk to them and they gabbled nonsense back. They became a kind of ironic cult thing with programmers and geeky types. Anyway, I was going to my first ScotCon all those years ago, and one of my matesSteve, I think it wastold me to bring mine along. "Everyone would be doing it," he said. "Sit the Furbies in a ring, and say something. Apparently they would all respond to each other's voices once they'd been set off."

"And that was the Furby singularity? Sounds unmissable. How did you miss it?"

"Oh, I forgot to bring my Furby. Just as well, as it turned out, because that was the time I met Alison in the bar. She wouldn't have been amused."

"And she kept you ... otherwise engaged?"

Another chuckle. "You could say that45 years and counting."

"I'll raise a glass to you both," my father's voice said.

"You know what? You've talked me into it, you old devil."

The call ended. I was shaking a little. The Agent would have made just as convincing and conversational calls when my father was alive, but now it made me shiver.

This couldn't be the first time. I realized, with a pang, that my mother had probably heard my father's voice many times in the lonely months since his death. Perhaps she'd left the devices on, live and plugged in, for that very reason. Perhaps she even talked to him herself. The bereaved do that, sometimes. And nowadays, thanks to the Agent and its like, the departed can talk back.

But I couldn't let this go on. I unplugged the phone and scrolled through the calendar, canceling appointments, bookings, and subscriptions. If anyone called back, the Agent could handle them. I reset its voice and persona to default, just so there would be no more misunderstandings.

Then, overcoming my cowardly reluctance to bear bad news, I called Roger's number.

"Hello?" It was a woman's voice, hesitant.

I reset its voice and persona to default, just so there would be no more misunderstandings.

"I'm sorry to have to tell you this, but ... my father, ah, passed away three months ago."

I told Kayleighthat was her namethe whole sad story. Rather to my surprise, she took it well.

"You mean," she said, "for all we know, there could be a whole crowd of old fans calling each other up and booking their usual places at the Con months after they died?"

"And I'll have to do the same. Check call records against obits, that kind of thing. Bit of a drag."

(Later we found there's an app for doing just that. Dead Ringers, it's called. Classy.)

"But ..." Kayleigh went on. "You know what? We ... that is, the children or widows and so on of the guys like my dad and yours ... could take their devices along to the Con, and set them on a table, and get them talking. See if they set off their own Furby singularity."

I laughed uneasily. "That's a bit morbid, isn't it?"

"Not at all!" she said, her voice bright but bitter. "We could sit around the table, drink beer and listen to them go on and on about books and games and movies and series we've never heard of."

I remembered the long weekends. I knew exactly how she felt, and why.

Ken MacLeod (kenneth.m.macleod@gmail.com) is the author of 17 novels, from The Star Fraction (Orbit Books. London, 1995) to The Corporation Wars: Emergence (Orbit Books, London, 2018). He blogs at The Early Days of a Better Nation (http://kenmacleod.blogspot.com) and tweets as @amendlocke.

The World Is Running Out of Microchips—Here's the Solution