Thanks to advances in artificial intelligence (AI), society is now facing a unique challenge: how do we regulate the usage of human faces and voices?

Voice recognition powers popular consumer devices like Siri and Alexa, but it is also possible these devices are surreptitiously logging conversations and providing law enforcement with information on individuals.

Consider: Amazon sold 2.5 million of its Echo voice-assisted devices in the first quarter of 2018, according to Geek-Wire, while Google sold 3.2 million of its Google Home devices. Both devices represent one of the main ways that individuals are being listened to by machines and, in turn, by the makers of those machines.

Facial recognition can be used by law enforcement to identify criminals faster, but it is also used by the Chinese government for mass surveillance of its citizenry.

Facebook alone has more than two billion monthly active users, and any of them who post photos are subject to the firm's facial recognition algorithms, which identify and suggest tags to users. This is to say nothing of widespread video surveillance used by national governments to identify citizens. For instance, large-scale facial recognition will be used to identify and monitor hundreds of thousands of people during the 2020 Summer Olympics in Tokyo.

This all raises the question: 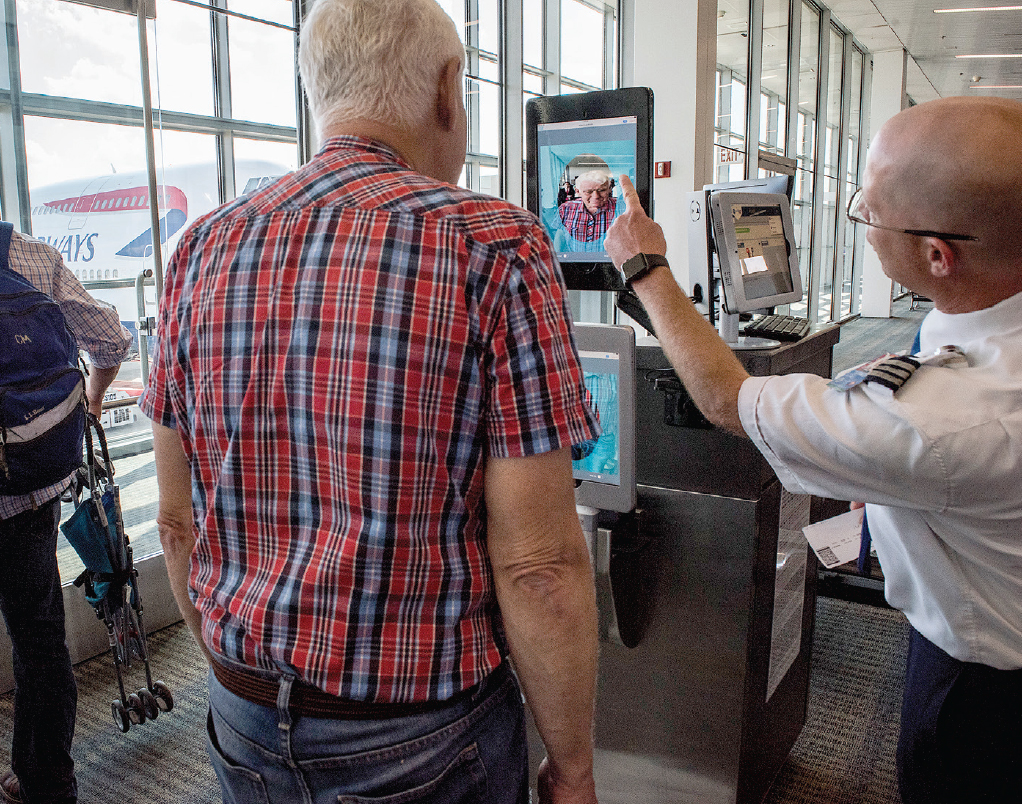 In an age where technology can recognize you everywhere, visually or audibly, how do you retain your privacy and personal agency?

"Digitization facilitates the tracking of everything we do online," says Eileen Donahoe, executive director of the Global Digital Policy Incubator at Stanford University's Center for Democracy, Development, and the Rule of Law. "If everything we do can be tracked and monitored by government, it will have a chilling effect on what we feel free to say, with whom we feel free to meet, and where we choose to go.

"This loss of privacy in digitized society goes to the heart of free expression, freedom of movement, freedom of assembly and association."

The Dangers of Facial Recognition

Facial recognition is, broadly, the ability of computer vision systems to identify specific human faces in photos or video. This technology can identify and log facial details of individuals by using cloud infrastructure to process images from a computer, smartphone, or camera. This information then may be used for a range of purposes, from recommending someone to tag on Facebook to catching criminals.

Facial recognition also gives centralized authorities like governments and multinational firms the power to identify people and to control them at scale.

"In China, the government aims to enroll all citizens into a facial recognition database, to facilitate ubiquitous tracking and identification," says Garvie. "In Russia, face surveillance has been used to monitor and intimidate counter-government protests. In the United States, the Department of Homeland Security and some state and local jurisdictions are exploring the reaches of the technology as well."

Facial recognition raises questions about a citizen's right to privacy. The Electronic Frontier Foundation (EFF) published a whitepaper in which it posits that "face recognition disproportionately impacts people of color" by misidentifying African Americans and minorities at higher rates than whites.

This matters, given the ubiquity of facial recognition systems in modern public life.

"As one of the first viable technologies for conducting biometric surveillance, facial recognition fundamentally changes how we must view privacy and anonymity in public spaces," says Garvie. "With access to the right databases, law enforcement may now be able to locate and identify any person walking by a security camera."

If the data produced by facial recognition is flawed or biased, it is possible law enforcement and government bodies could risk infringing on the rights of citizens by using imperfect data to make legal or enforcement decisions.

"Facial recognition technology will take this loss of privacy and liberty to a new level by taking choice about utilization of the technology away from citizens," says Donahoe.

"One of the most concerning dimensions of facial recognition technology is that it will be embedded in many different dimensions of daily existence without any choice among citizens, and without even the awareness of citizens. When people lose awareness of and choice about when they are being watched by government, it risks inverting the core democratic concept that government is accountable to the people."

Garvie observes that facial recognition is "not a monolith"; the technology is used by many different parties for many different purposes. It can enhance security and empower law enforcement, or it can be used to collect data on citizens.

"As a society, we must think very carefully not just about its benefits, but its risks, and use legislation to guard against the latter."

Unfortunately, the laws governing the use of facial recognition technology are murky at best, according to WIRED magazine, which points out that "state and federal laws generally leave police departments free to do things like search video or images collected from public cameras for particular faces."

Voice recognition is the ability of natural language processing (NLP) software to "understand" human language. A system like Siri or Alexa hears your voice, processes the language of your speech, then responds to the content of your queries.

We see the value of these systems every day. Voice assistants increasingly help us search online and find relevant content to serve consumer needs. In fact, about 50% of all online searches will be voice searches by 2020, according to media measurement and analytics firm Comscore.

"Voice recognition technology will expand accessibility to many devices and applications, especially for people who are visually impaired," says Donahoe. "I can imagine voice recognition technologies bringing many beneficial applications and efficiencies to society, and expanding accessibility." These could include making searching for information, and purchasing online, easier for consumers.

However, she notes, there are downsides.

While voice recognition may empower individuals, the technology also may impact privacy. Voice recognition devices are listening constantly, according to The Washington Post. These devices are listening for the "wake up" words that activate them, such as "Hey, Google" or "Alexa," that users must speak to alert the devices that a request is about to be made. There have been allegations that these devices are always listening, and this information is then being logged in ways that violate user privacy.

Amazon says the Echo is "constantly listening but not recording, and nothing is streamed to or stored in the cloud without the wake word being detected."

Amazon has denied its voice-controlled Echo is always capturing what is said in its presence, saying, "that allegationthat the Echo is possibly recording at all times without the 'wake word' being issuedis incorrect," according to an Amazon spokesperson. "The device is constantly listening but not recording, and nothing is streamed to or stored in the cloud without the wake word being detected."

This has not stopped law enforcement from lobbying Amazon for user data when investigating potential crimes, in an effort to pull voice logs from the company's servers. Amazon dropped a motion to protect audio recordings from one of its Echo devices that belonged to a murder suspect. The company had originally argued the data was protected by the First Amendment.

Given the increasing ubiquity of facial and voice recognition, serious impacts on society are inevitable.

"I don't think society is ready for the new potential of state power to track people," says Martin Chorzempa, a research fellow at the Peterson Institute for International Economics in Washington, D.C. He cites the Chinese government's use of facial recognition for law enforcement purposes to track down everyone from wanted criminals to jaywalkers.

"It will be increasingly difficult for individuals to avoid broadcasting to the world where they are," Chorzempa says. "For example, someone who passes by Times Square on their way to work will likely show up in tourist photos that are posted on social media, and facial recognition could easily piece together their route to work and their schedule using the photos and the times or dates they were taken."

In an era where devices are always watching and listening, personal privacy is more likely than ever to be assaulted by official institutions, even well-meaning democratic governments.

"We risk chilling free speech and assemblyrights guaranteed to us under the First Amendment," says Garvie. "Law enforcement agencies themselves recognized this risk in a 2011 Privacy Impact Assessment, stating: 'The potential harm of surveillance comes from its use as a tool of social control. The mere possibility of surveillance has the potential to make people feel extremely uncomfortable, cause people to alter their behavior, and lead to self-censorship and inhibition.'"

"A core challenge for democratic governments will be continued adherence to the rule of law, where restrictions on individual liberty that flow from use of this technology must be justified by necessity, legitimate purpose, and use of the least restrictive means available."

Lapowsky, I.
Schools Can Now Get Facial Recognition Tech for Free. Should They? WIRED, July 17, 2018, https://www.wired.com/story/realnetworks-facial-recognition-technology-schools/