There’s something about robots. It seems that every breakthrough in the field is met with a rush of thought-provoking coverage, projecting far into the future and firing up the pistons of our imagination. We look at the latest creation from MIT, SRI, or DARPA, and ask a collective: what if?

The nature of this coverage is changing. We’re now hearing reports of robots actually being deployed—on battlefields, borders, even in department stores. Sophisticated firms, including Microsoft, vie to be the dominant software platform for robotics as we speak. Even iRobot’s popular Roomba has a (laser-guided) competitor. 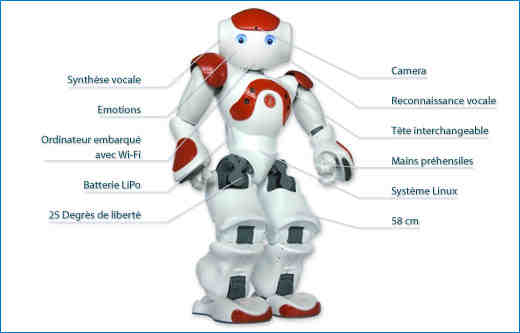 What if is increasingly being replaced with now that. Now that robots are routinely used in the battlefield, how will they get used in domestic law enforcement? Now that many households have personal robots for entertainment and security, will we need to think about privacy vulnerabilities? Should we still be doing surgery by hand or sending people into dangerous mines, now that robots can do the job?

We’ve been thinking about Computers Freedom and Privacy through the same lens: what are the novel risks and opportunities now that computers have actuators and software can touch you? One panel at CFP will explore how robotics implicates civil liberties today, and in the near term. We will discuss issues from the ethical ramifications of robots in warfare and law enforcement, to the promise and perils of autonomous driving, to new issues in privacy and Fourth Amendment law. Participants include EFF board member Brad Templeton, philosopher Patrick Lin of Cal Poly, privacy scholar Ryan Calo, and technology forecaster Paul Saffo. Gary Wolf of Wired Magazine will moderate.

We hope you will join us Friday morning for a seriously fun, “now that” discussion of robotics and society.

Ryan Calo is a Senior Research Fellow at the Stanford Center for Internet and Society.