The fear of plagiarizers is said to have influenced Jost Bürgi to publish his table of logarithms only many years after John Napier. The entirely justified fear of pirate copies can be seen with other pioneers, for example Wilhelm Schickard, Blaise Pascal, Gottfried Wilhelm Leibniz, and Philipp Matthäus Hahn. Descriptions in articles were therefore sometimes reduced to a minimum. Pascal was accorded a royal privilege for the manufacture of his machines (see Fig. 1). Due to a fear of plagiarism, some instrument manufacturers in the 16th century did not publish drawings for their machines (e.g. for the sector and proportional dividers). 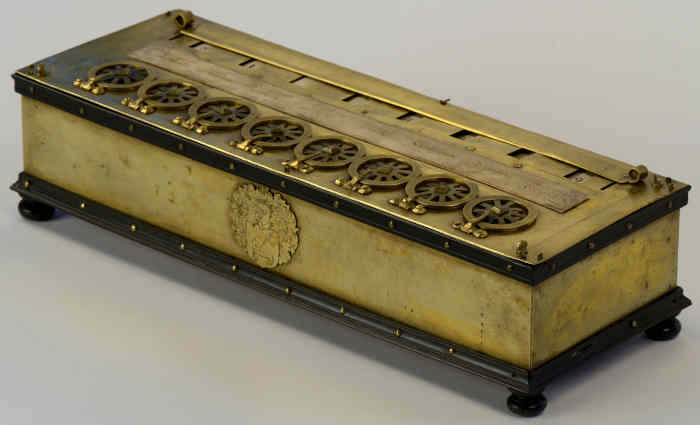 No claim to the protection of inventions

Up to the second half of the 19th century —with the exception of the industrial power Great Britain—the protection of inventions was inadequate and strongly disputed. In 1869, the Netherlands even repealed patent protection. On the other hand, Venice introduced a patent law as early as 1474. The protection of inventions was based on privileges and monopolies. There were invention privileges, introduction privileges, commercial monopoly privileges, factory privileges. Until the advent of patent protection, the protection was on the basis of the power of pardon (see Marcel Silberstein: Erfindungsschutz und merkantilistische Gewerbeprivilegien, Polygraphischer Verlag AG, Zurich 1961).

In his memoirs, the inventor of the Curta (see Fig. 2) relates that, because of the threats of the Nazis, he refrained from very much detail in his patent application:

"In the Spring of 1938 I applied to the Patent Office in Vienna for patents on the two most important inventions. I only described the stepped drum exactly and illustrated the rest in drawings, so that the matter remained largely unclear" (see Curt Herzstark: Kein Geschenk für den Führer, Books on demand GmbH, Norderstedt 2005, page 179).

The patent was granted two months after Hitler invaded Austria. 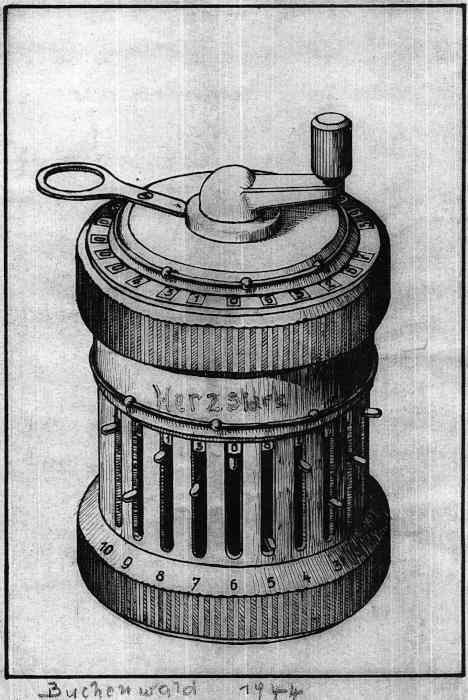 Curt Herzstark prepared the first drawings for the Liliput in the Buchenwald concentration camp. The machine was later renamed the "Curta."

Before the introduction of patent law (see Table 1), protection against plagiarism consisted of a royal act of grace. There was no legal claim. From 1815, Prussia had protection for inventions. In the 16th century, secrecy was common.

The above years refer to the patent laws in force in 1899. This overview gives the maximum term of protection. Exemplary is especially the United Kingdom, which introduced protection of inventions already in 1623.

In France, patent protection existed from 1791. Thomas (Colmar) had his arithmometer patented in 1820, and Schwilgué (Strasbourg) followed in 1844 with his keyboard adding machine (patent law of July 5th 1844).

From 1877, Germany had a Reich patent law, which was changed in 1891. The German Reich therefore introduced uniform patent law only in 1877. Until this time, the individual regions (e.g. Bavaria, Prussia, or Saxony) were responsible for issuing patents (see Rudolf Boch (editor): Patentschutz und Innovation in Geschichte und Gegenwart, Peter Lang, Frankfurt am Main, Berlin etc. 1999, pages 71–84).

At that time there was no international agreement with France with respect to patent protection in the German Reich (however, in any case with Austria and Switzerland). In 1873, a patent protection conference took place in Vienna during the world exhibition.

On March 20th 1883 an international treaty for the protection of industrial property rights was concluded in Paris. Initially the following countries, for example, were party to this contract: Belgium, France, Italy, Netherlands, Spain, and Switzerland. Great Britain and Sweden joined them later. Germany did not take part.

The Criminals Thought the Devices Were Secure. But the Seller Was the F.B.I.

The Danger of Anthropomorphic Language in Robotic AI Systems