On 5 December 2020, I received a surprising request from Jens Krogh-Madsen. For 40 years he had been a teacher at Herlufsholm Skole, the oldest boarding school in Denmark. In the collection of historical instruments, a very rare unknown instrument had appeared (see Figs. 1-3). Nobody knew about it. There were only a few available details: "Nüremberg" as well as "Linea Stereometrica," "Linea Arithmetrica," and "Linea Geometrica" were engraved. 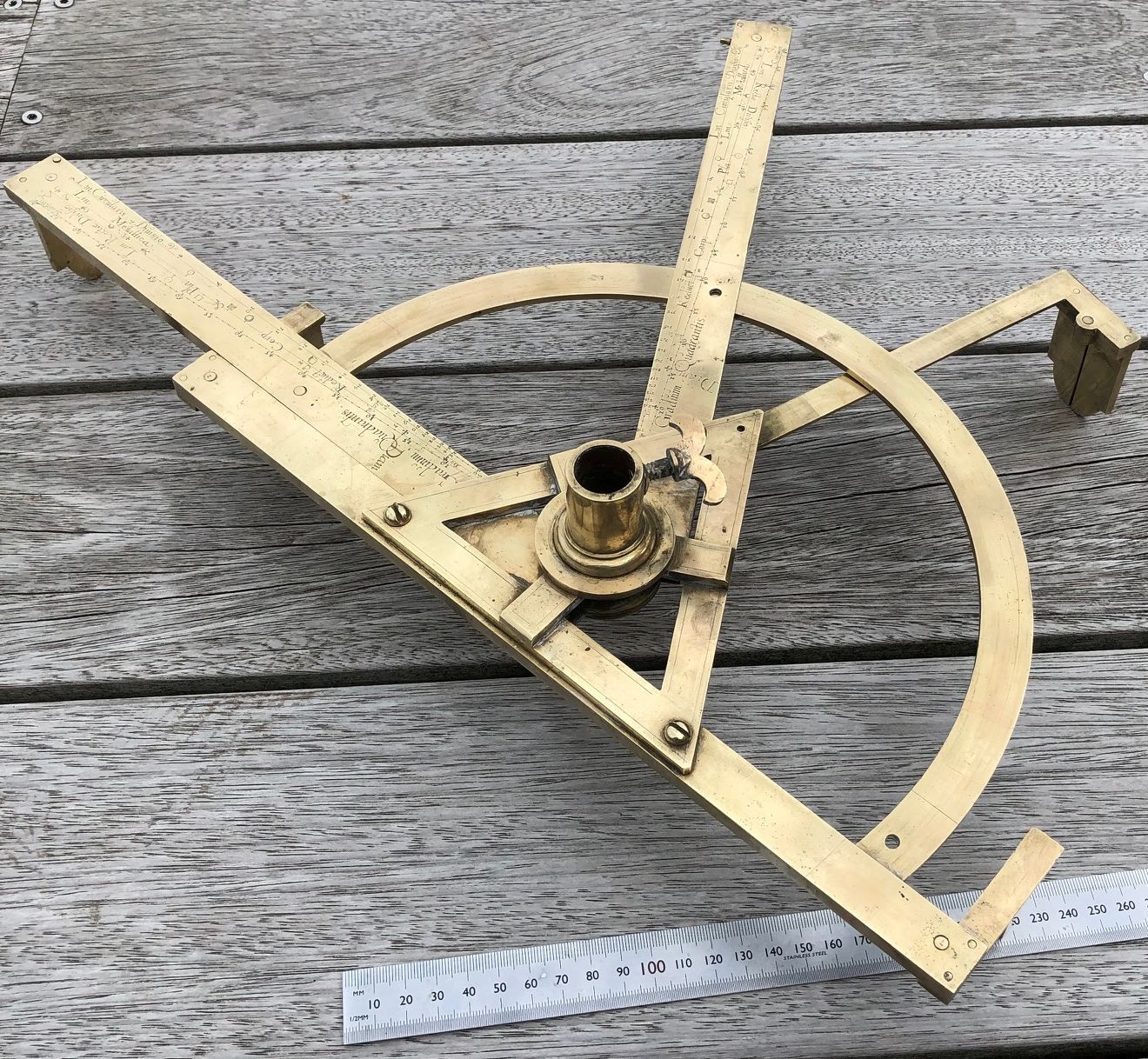 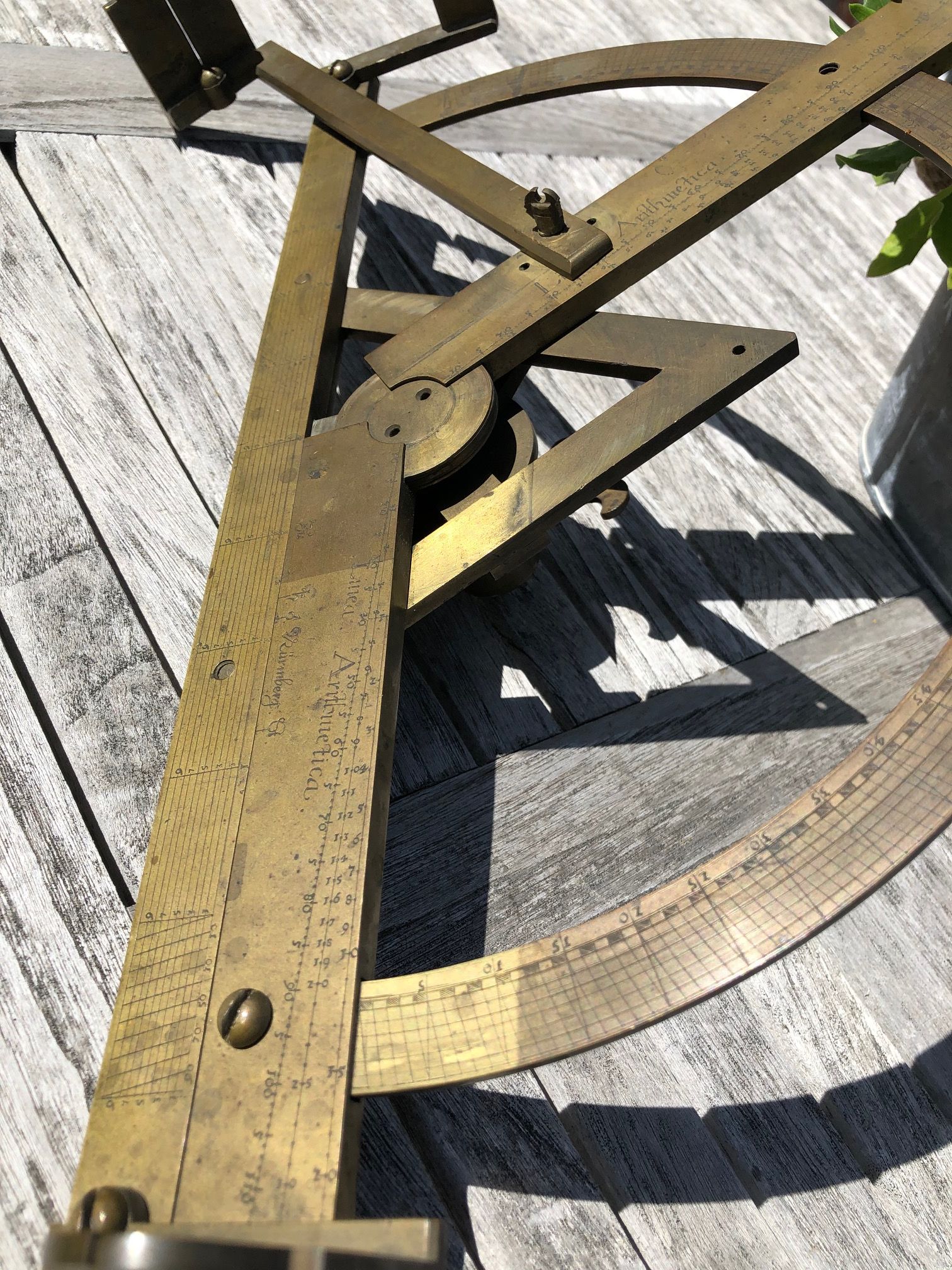 Fig. 2: What kind of instrument is this? Credit: Jens Krogh-Madsen 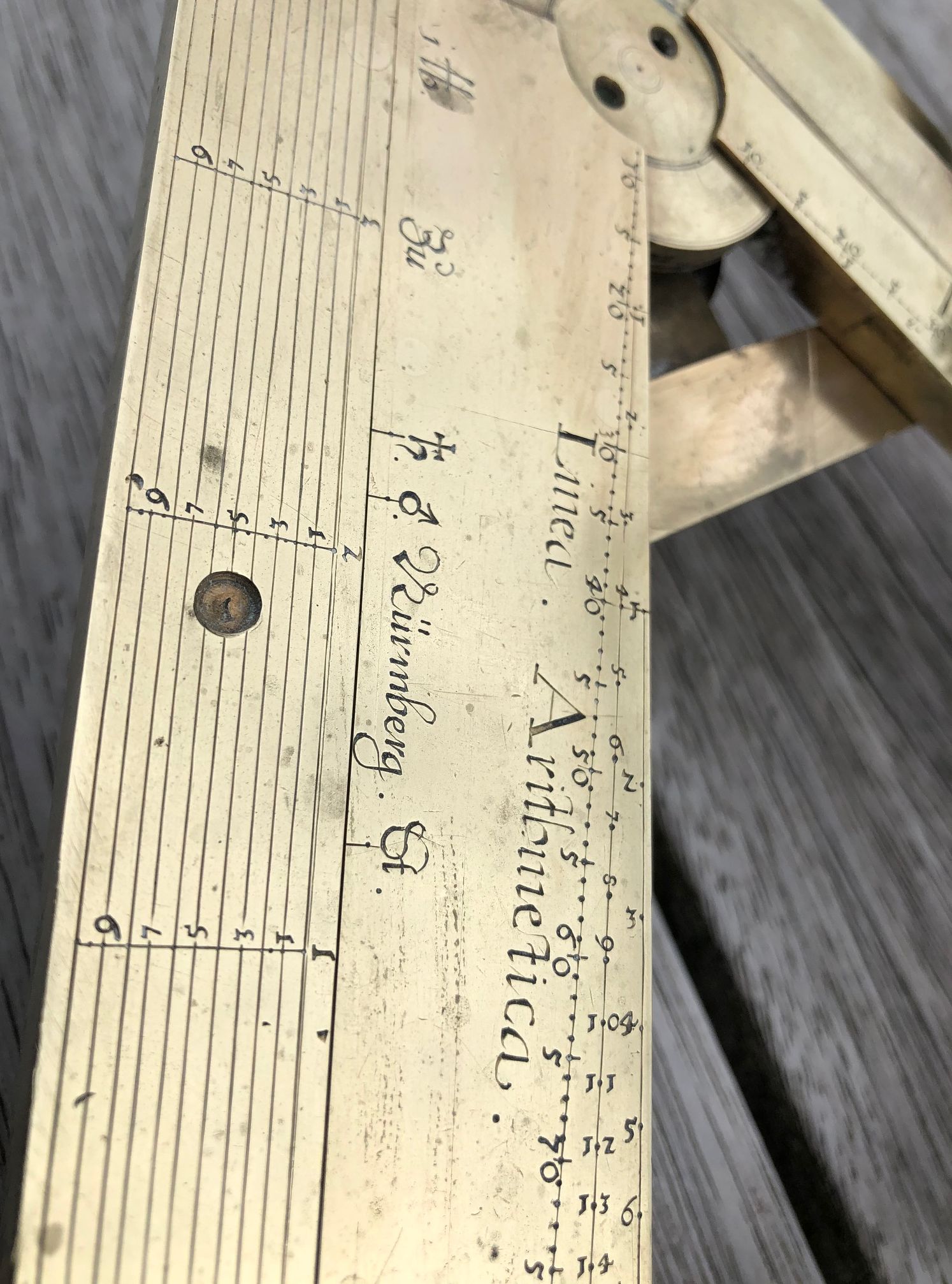 Fig. 3: What was this tool used for? Credit: Jens Krogh-Madsen 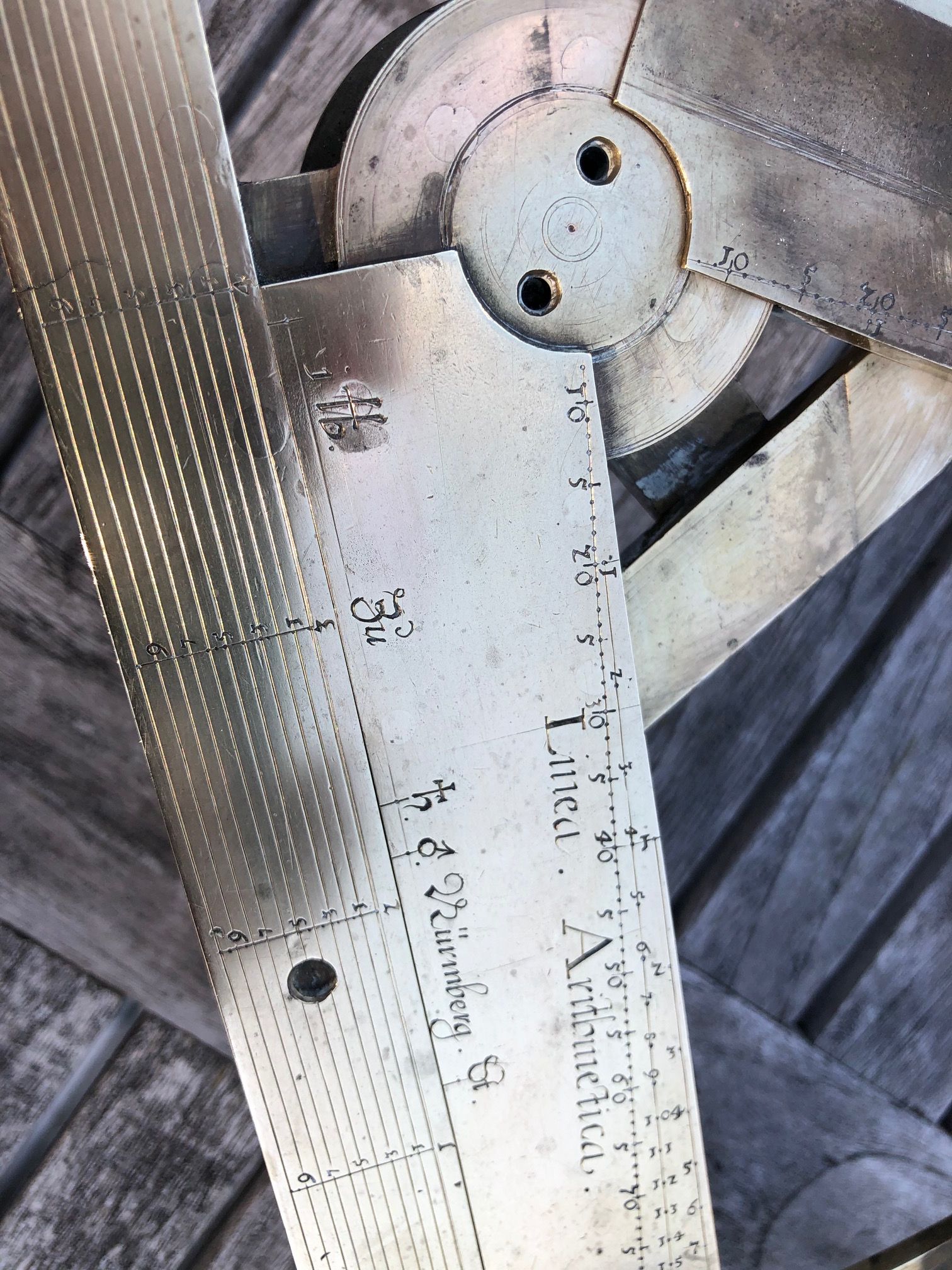 Fig. 4: When was the instrument made?  Credit: Jens Krogh-Madsen

The designations "Linea Stereometrica," "Linea Arithmetrica," and "Linea Geometrica" were common for sectors (sector compasses). These mathematical instruments were used from the 17th to the end of the 19th century for complex calculations and were produced in many countries (e.g. France, Italy, the U.K.).

Fortunately, Aldo Lardelli from the Kern Collection in the Stadtmuseum Aarau (Kern & Co. AG ÷ 1819 to 1991 in Aarau, Werke für Präzisionsmechanik, Optik und Elektronik) can help us (Willkommen - Kern Aarau (kern-aarau.ch): "Your device must be a so-called "graphometer." Such instruments have been used for centuries for surveying. However, the design and handling were very different. Your instrument seems to me to be complete and ready to measure, all that is missing is a tripod or stick to put it on. What I find unusual about this graphometer is the system of transversal reading at the angle division. I was familiar with this for distances on scales." Aldo Lardelli also refers us to a French book from 1597.

Irmgard Müsch from the Landesmuseum Württemberg in Stuttgart describes the device like this:

"So-called graphometers were standard equipment of a geographer in the 17th century. At that time, surveying was the special focus of the rulers of the region. Surveyors mapped the dominion and recorded mineral resources and wood deposits. To use the graphometer, the fixed sights on the straight line of the semicircle were used to aim at a landmark and the movable sighting rule was used to aim at the second point. The angle between the two points could then be read off the scale. The instrument, decorated with sawed-out circular ornaments, could also be used to measure vertical angles (Landesmuseum Württemberg Stuttgart (landesmuseum-stuttgart.de).

"The graphometer is similar in principle to a simple theodolite, but with a semicircle divided into degrees instead of a full circle. There are four sights: the diameter of the semicircle has fixed sights at either end, while at the centre of this diameter a pivot carries a sighting rule or alidade that moves across the divided semicircle.

In early examples the compass is small, is incorporated into the pivot and is used for orientation; later, larger compasses were set in the central space of the semicircle and had a divided scale beneath the needle so that the instrument could also be used as a circumferentor or surveying compass, by sighting with the fixed sights. In the earlier instruments these fixed sights were used only for aligning the instrument with another station, though with the instrument mounted vertically they could have a levelling function.

The use of different orientations - vertical as well as horizontal - is explained in the treatise, Declaration de l'usage du graphometre (Paris, 1597), by Philippe Danfrie, who designed the instrument." (Epact: Scientific Instruments of Medieval and Renaissance Europe (ox.ac.uk)).

"A graphometer consists of a graduated semicircle with a pair of sight vanes at either end, and a movable alidade with another pair of sights at either end. The form was introduced in Philippe Danfrie, Déclaration de l'usage du graphomètre (Paris, 1597), and was always popular in France. Many graphometers have an inset magnetic compass. Most graphometers are made of brass, but some American ones are made of wood. Some 19th-century graphometers had telescopes rather than open sights. Graphometers were also known as semi circles or semicircumferentors." Ref: J. A. Bennett, The Divided Circle (Oxford, 1987), pp. 49–50.

"The base of the instrument is also a compass, though the dial has no markings on it. This instrument could thus be used as a protractor. The ball-and-socket joint to fix the instrument on a pole can be completely removed. Sighting vanes can be attached to the instrument so it can become a graphometer. Openings are cut in the index arm of the instrument in order to add a plumb line for leveling purposes. The graduated quadrant is 0-90° marked every 30 minutes, and the way it was designed one need to multiply by two the measured angle to get the real angle.

The most interesting aspect of this instrument is the rugged leather traveling case that comes with it, suitable for a pack horse. This surveying ensemble was not one of those shiny objects found in a prince's collection, but a genuine field instrument."

"Surveying instrument for measuring angles from 0° to 180° and calculating distances by means of triangulation. Used to determine positions of points or objects on land or at sea. Mounted on a tripod, it comprised a graduated semicircle carrying two alidades with sights, one attached to the semicircle, the other rotating on the graduation. Typically fitted with a compass as well."

Examples for museums with graphometers

The graphometer is also called a semicircular instrument, in contrast to the full-circle device (circumferentor). Graphometers were mainly produced in the 17th, 18th and 19th centuries, for example in Germany, France, Italy, the U.K., and the U.S. They are usually made of brass. Apparently only a few of these valuable instruments have survived. Especially beautiful specimens can be found in London:

Thanks to the kind and quick support of Aldo Lardelli, it was possible to determine the very rare and precious instrument as a graphometer.

To my surprise, I found entries on the graphometer in a comprehensive catalog from "J. Kern Aarau Schweiz," the "Preis-Courant" from 1878. The number 14, a cross rear sight, is a further development of a device, widely used in measurements by the Romans, the Groma. Supplemented with a rotating pair of diopters and a divided circle for measuring the horizontal angles, you get to a simple graphometer, the number 19. The fact that these devices were still on offer at this time speaks for their extraordinary popularity in surveying practice.

Robots Give Surgeons a Helping Hand

Why It's Too Early to Get Excited About Web3