How Do You Calculate on the Abacus?

In flea markets, the abacus (see fig. 1) is omnipresent. Nevertheless, one hardly finds Western Europeans who know how the bead frame works. Decades ago, such devices were frequent in our schoolrooms. They were used to teach children how to calculate.

In the Technisches Museum Wien (Vienna), there is a hands-on model. Observations show that visitors have trouble as soon as too few beads are available in a row for the calculation. Similar experiences are also made during live demonstrations.

The millennia-old bead frame comes in many forms, e.g., as Chinese, Japanese, or Russian abacus. In China, these aids can still be found from time to time, however they have largely been replaced by the smartphone. From the Russian counting frame, the school abacus was developed. It is based on the decimal system. These arithmetical frames are digital devices. 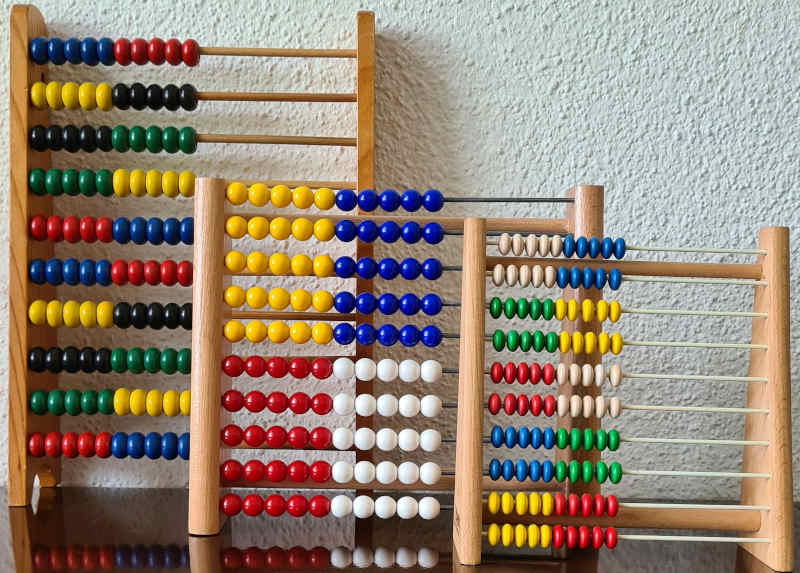 Fig. 1: Three bead frames, each in the zero position.

The abacus is suitable for all four basic arithmetic operations

With the calculating board, all four basic arithmetic operations—addition, subtraction, multiplication, and division—can be performed. Multiplication is a repeated addition; division, a successive subtraction. Trained people can solve arithmetical problems very quickly with the beads. This is shown in a video of the Deutsches Museum, Munich.

In the zero position, all the beads are either on the left or the right side. When calculating, it is preferable to start with the units, tens, and hundreds.

On the lowest rod are the units, on the second-lowest rod the tens, on the third-lowest rod the hundreds, and so on. Each rod contains 10 beads. To make handling easier, five beads in each row have a different color. 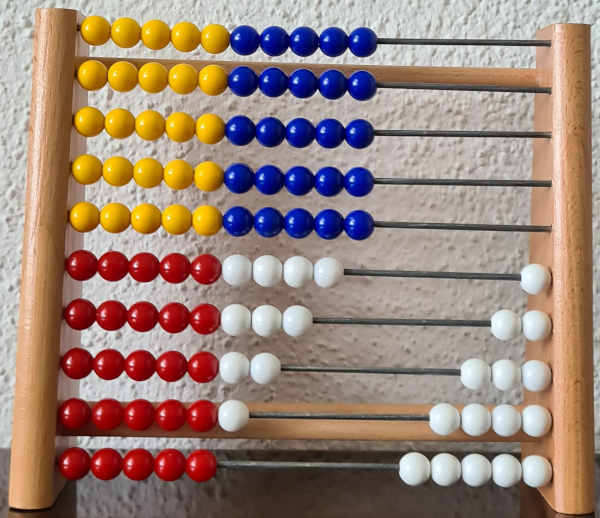 Fig. 2: The counting frame shows the number 12,345. On the lowest rod of the decimal calculator are the units, above them the tens, etc. 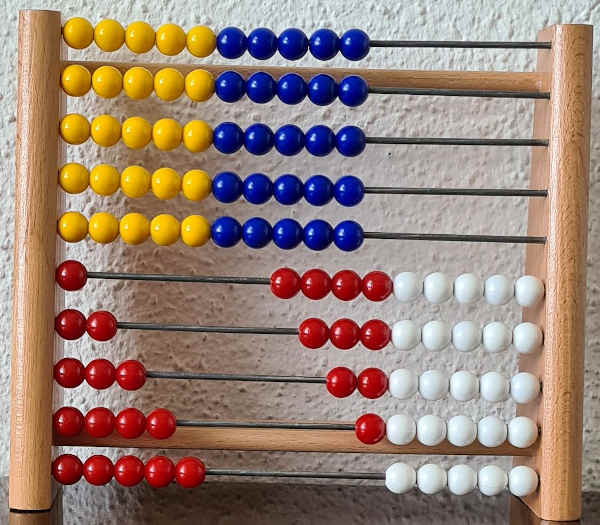 A few simple examples will explain the procedure. There are various methods.

How did the Romans calculate?

Dealing with the Roman number system is difficult. Great buildings show that the Romans were good calculators nevertheless, because calculations were done with the abacus.  Roman numerals were only used to represent the numbers (initial values, intermediate and final results). Only a few Roman hand abaci have survived. They are located in Aosta, Paris and Rome. They do not use beads, but buttons that are moved in vertical grooves. For this purpose, the devices are placed on a table. The numbers 0 to 9 are represented by 4 units buttons and 1 fives button, the numbers 10 to 100 by 4 tens buttons and 1 fifties button, etc. The Romans could therefore represent the number 0, but did not have the numeral 0.

Basically, you don't have to calculate with the bead frame, you just have to count. Therefore, one speaks also of the counting frame.

Barnard, Francis Pierrepont: The casting-counter and the counting-board. A chapter in the history of numismatics and early arithmetic, Oxford University Press, Oxford 1916, 358 pages, 63 plates, https://amzn.to/35qEddC

Moon, Parry: The abacus. Its history; its design; its possibilities in the modern world, Gordon and Breach Science Publishers, Inc., New York 1971, 186 pages.