Home/Blogs/BLOG@CACM/Why Is There No Well-Known Swiss IT Industry?/Full Text
BLOG@CACM

Why Is There No Well-Known Swiss IT Industry?

Computer science in Switzerland began in 1948 with the founding of the Institute for Applied Mathematics at ETH Zurich. Eduard Stiefel was the director, with assistants Heinz Rutishauser (chief mathematician) and Ambros Speiser (chief engineer), see Figs. 1-3.

In 1950, ETH Zurich was the first and only university in continental Europe with a functioning punched-tape controlled computer, the Zuse Z4, see Fig. 4.

In Sweden, the plugboard-controlled Bark relay computer was put into operation in 1950. The Swiss Polytechnic used the leased mechanical relay computer from 1950 to 1955. In 1951, the trio published a fundamental work on computer construction. One year later ,Rutishauser's postdoctoral thesis on automatic programming (program production with the help of the computer) was published. He was one of the fathers of the Algol programming language.

Despite these good conditions, no IT industry emerged in Switzerland in the 1950s. This was often puzzling. What were the reasons for this?

The company Hasler AG, Bern (today Ascom), was involved in the construction of the electronic computer, and also provided financial support. As has only been known for a few years, Hasler wanted to market the expensive machine worldwide. To this end, it concluded a license agreement with ETH in 1954 for the magnetic storage drum, which it had not helped to construct, see Fig. 6.

The development of the drum memory device had caused great difficulties. However, Speiser left ETH at the end of 1955, before the completion of Ermeth. He surprisingly became the director of the newly founded IBM Research unit near Zurich. This thwarted Hasler's plans.

At this time, two other U.S. research laboratories were coming to Switzerland, in addition to the blue giant: Radio Corporation of America (RCA, Zurich) and Battelle (Geneva). IBM recruited specialists with high salaries. Speiser's departure for the competition led to discord between Hasler and ETH. On the instructions of the president of the Swiss School Board, he therefore had to make an appointment with the General Director of the Bern company. Hasler lost interest not only in the reproduction of the magnetic storage drum, but also in the entire computer. This background has only recently become known, thanks to finds in the ETH university archives. A detailed account of the dispute between Speiser, Hasler, and ETH can be found in "Milestones in Analog and Digital Computing, volume 2." 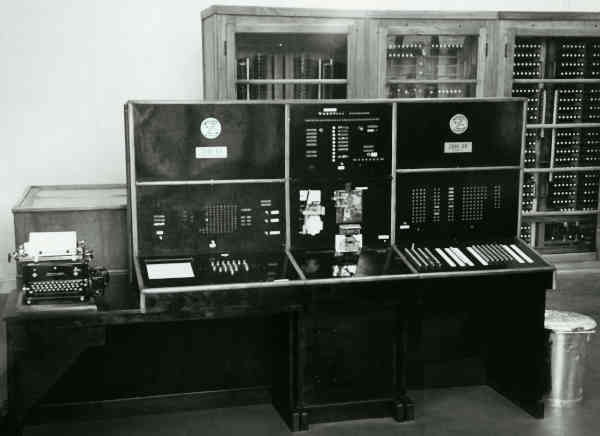 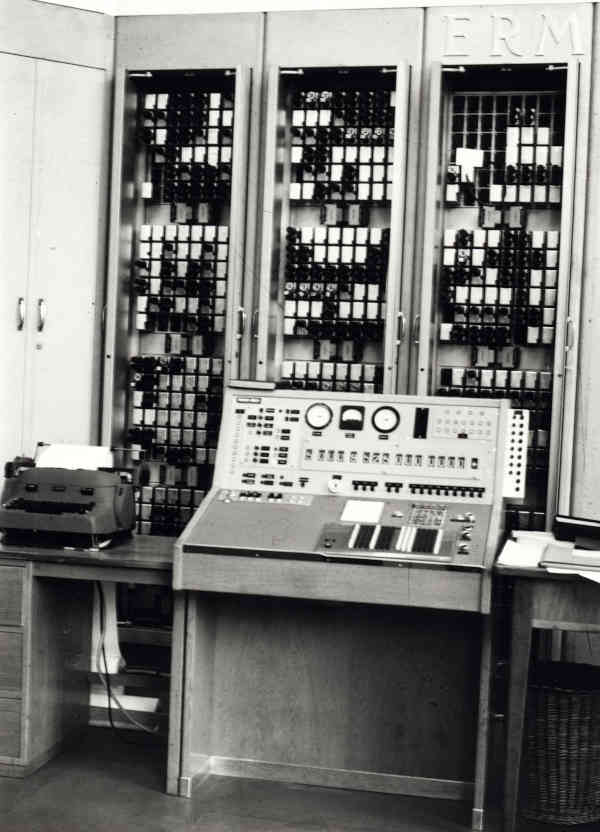 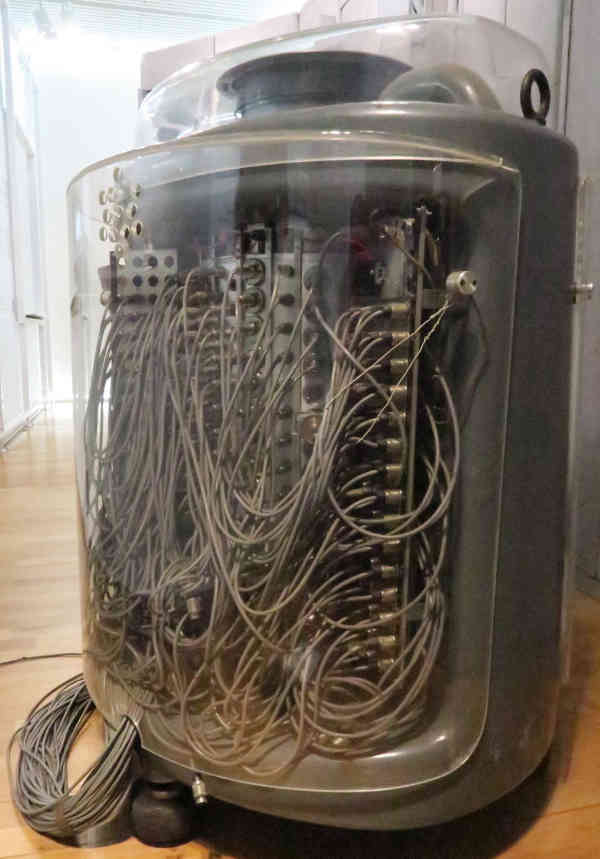 Both machines have been preserved. The Z4 is now located in the Deutsches Museum in Munich, while the Ermeth and its drum memory are on view in the Museum für Kommunikation in Bern.

Even later, it was not possible to build Swiss computers in large numbers. This is true, e.g., of the Cora transistor computer (1963) made by Contraves, the Lilith workstation (1982) of Niklaus Wirth, and the Gigabooster super computer (1994) by Anton Gunzinger.

Today, in addition to Logitech, there are numerous research centers in Switzerland run by Internet giants such as Apple, Facebook, Google, and Microsoft.

My company Spectralab produced such a small computer series in the eighties at Zurich. We sold about 200 airborne computers "Spectrapot" (cf. pic) for around 30'000 Swiss francs each. Our machines fulfilled MIL standards. Equipped with multi-channel AD converters, they recorded dynamic flight parameters from strain gauges and accelerometers with 128 samples per second and processed it during flights. The real-time operating system from Microware drove them (https://en.wikipedia.org/wiki/Microware) based on Motorola microprocessors.

The Spectrapot worked like a PC that didn't exist then. We also programmed a graphics program for a versatile representation of the compressed long-term signals and load spectra. Permanent tracking of mechanical load data relevant to material fatigue was the main application. The fact that we weren't more successful was because we took no risk capital to advance faster. France (Dassault Mirage) and the USA (F/A-18) very soon started to include load measurements of their aircraft onto their on-board computers. But they didn't get very far because the sampling rate was 1 Hertz only. In this way, they could not quantify fatigue progress because of the aliasing problem (Shannon).

The result was and is in Switzerland that the F/A-18 suffer cracks and unexpected material fatigue fractures. Instead of calculating them in advance, is it better to be surprised by the structural weakness? This year, before the start of WEF in Davos, almost the entire F/A-18 fleet, was not operational initially. There were cracks everywhere in the flap hinges. In the past, the Eidgenssische Flugzeugwerk had the Spectrapot computers systematically recorded and knew how far the fatigue had progressed for each aircraft in the Tiger-F5 and Hawk fleet. That was in the F/A-18 no longer possible because the on-board computer was not fast enough to process the signals according to the Nyquist-Shannon theorem.

Spectrapot was also used in civil aviation, for example, in the Fokker-100 Development (PDF: http://www.spectralab.ch/Spectrapot_in_Fokker100) and the DC-10 ad hoc at structural load tests on a machine that flew routinely. Pic: http://www.spectralab.ch/Spectrapot_in_einer_DC10. We had only a little time for the temporary Spectrapot installation in the rear nonpressurized area. The DC-10 became known through various accidents that were partly due to fatigue cracks.

Security: The Lock and the Key to Blockchain's Future