The engineer Roberto A. Guatelli manufactured many replicas for IBM, Digital Equipment Corporation, and other customers (for details, see The Model Maker of Leonardo da Vinci, Blaise Pascal, and Charles Babbage.

In 2018, Parmela McCorduck donated to Carnegie Mellon University (CMU) a collection of calculating machines, including an early Thomas Arithmometer, a three-rotor and a four-rotor Enigma, and a Guatelli replica of the Millionaire direct multiplier. In December 2018, I was trying to find out more about the Italian model maker. A few days ago, Mary Catharine Johnsen from CMU let me know that their collection also comprises Guatelli rebuilds of Pascal, Leibniz, Adix and Webb.

The Traub-McCorduck Collection, which is home to five Guatelli reproductions, is named in honor of Parmela McCorduck's late husband, the computer science pioneer Joseph Traub. In 1988, the couple bought the five replicas from Guatelli.

Eight Pascalines have been preserved; they are located in Paris and Clermont-Ferrand, France; Dresden, Germany, and New York. The Pascaline is an addition and subtraction device.

The only surviving copy of the Leibniz calculator dates from the 1690s, and is kept in Hannover, Germany. Leibniz's calculator was the world's first mechanical calculating machine capable of all four basic operations (for details, see Meilensteine der Rechentechnik). 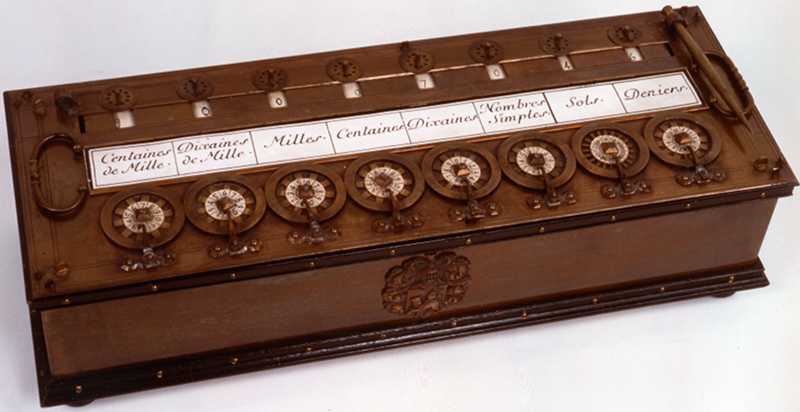 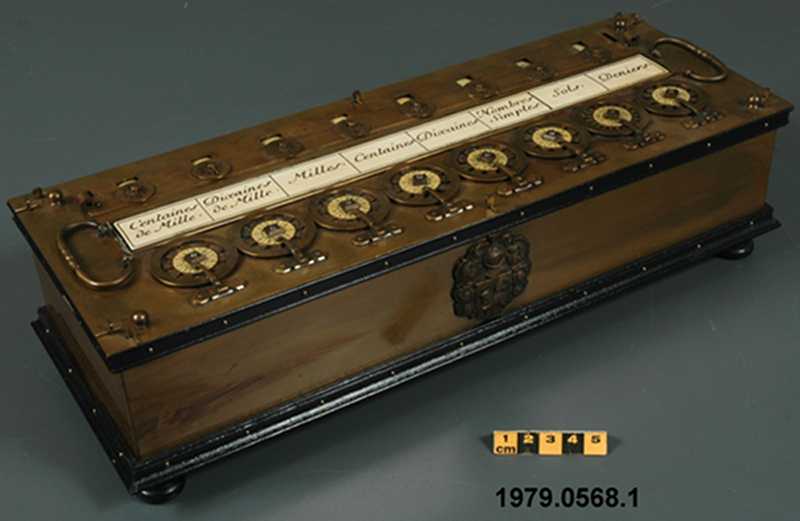 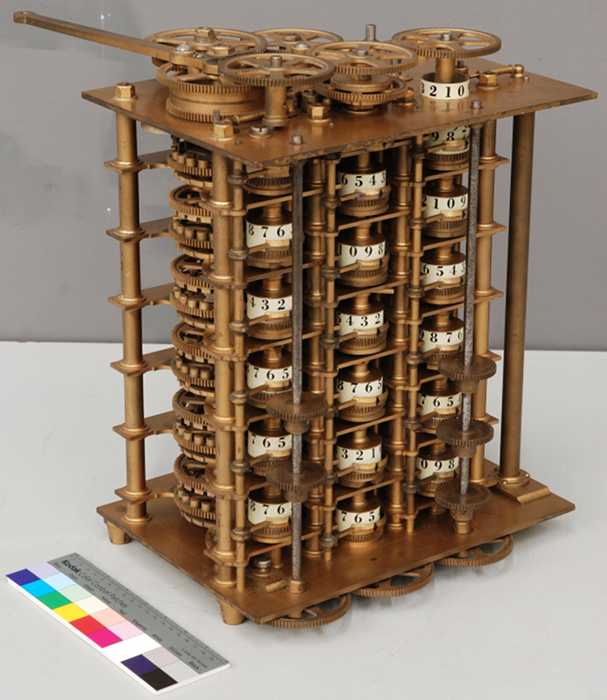 In the IBM archives, you can find several Guatelli replicas (including the Pascaline). It is not known who is the author of the calculating machines of Leibniz, Leupold/Braun/Vayringe, Morland, the analytical and the difference engines of Charles Babbage, the difference engine 2 of Edvard and Pehr Scheutz. Unfortunately no information is available.

Guatelli was engaged from 1951 to 1961 for Thomas J. Watson Sr., the founder of IBM; after that, he opened a workshop in New York. According to Jim Strickland, Guatelli's nephew, Joseph Mirabella began working with IBM in 1964. He continued the business after Guatelli's death until 2005. Mirabella had donated the Da Vinci models to the Long Island Science Center, Riverhead, New York. Nathan Myhrvold of Intellectual Ventures is said to have acquired the remaining replicas of calculating machines. Further information is still pending.

There are some museums with Leonardo da Vinci models, such as those in Vinci, Florence, and Milan, Italy. Handmade replicas by Roberto Guatelli and Joe Mirabella are exhibited at the Long Island Science Center, Riverhead, NY. According to Marta Montagnaro in the Museo Leonardiano di Vinci, there is only one Guatelli model in that museum: the Carro automotore (self-propelled car), 1952.