Millionaire: A machine full of riddles
In the history of mechanical calculating machines, the "Millionaire" occupies a prominent position due to its type of construction. To this day, the machine has not revealed many of its secrets. The origin of its strange name has still not been clarified. One also does not know until when it was produced. It is also unclear how the serial numbers were used and how they can be assigned to the years of manufacture. The determination of age is therefore associated with great uncertainties. This is also confirmed by an international survey among museums. Engineers are still struggling to understand how the highly complex direct multiplication body works. Only since the discovery of new documents at the Museum für Kommunikation in Berne in September 2018 has it become clear how many copies of the machine have been manufactured.

Neither year of manufacture nor type of machine
If no year of manufacture is engraved on the calculators, and if no accompanying documents are available, dating is often quite hard. This also applies to the then-world-famous Swiss direct multiplier "Millionaire." This heavyweight device, manufactured by H.W. Egli SA in Zurich from 1893, mastered all four basic arithmetic operations. I am trying to determine the construction time using the mysterious serial numbers. As a rule, the surviving Millionaire machines do not bear any information on the model, which makes dating even more difficult. There were 21 different types of Millionaires (including the Excelsior model). In addition to the Millionaire direct multiplying machine (see Fig. 1), Egli manufactured another successful stepped drum machine, the Madas. 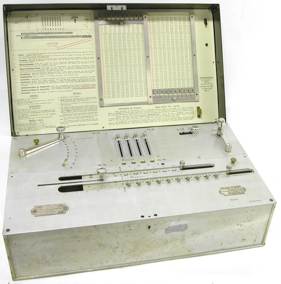 Fig. 1: This Millionaire machine has a 4-digit setting mechanism (top middle)
and a 10-digit accumulator (bottom).
The numbers are entered with sliders. With the crank (top right),
the values are transferred to the result register.
Credit: Museum für Kommunikation, Berne

Documents with information on the number of Millionaires manufactured have come to light
New documents, which came to light on 13 September 2018 in the Museum für Kommunikation in Berne, facilitate the allocation of the year of manufacture. For the first time since the dissolution of the company about 50 years ago, exact quantities for all Millionaire and Madas calculating machines produced by Egli are known. A total of 5,074 Millionaire machines (plus an additional 25 Excelsior machines) were manufactured (see Fig. 2). The reason for this investigation was a message that the first machines were sold in 1897 (one to ETH Zurich) and an erroneous dating (by Empa, Dübendorf ZH, and the collection center of the Swiss National Museum, Affoltern ZH) of a machine to 1895. 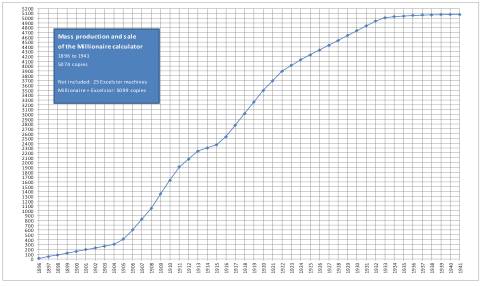 Fig. 2: Development of the number of copies of the Millionaire calculating machine.
Based on the information provided by H.W. Egli SA, Zurich,
the annual number of units manufactured or sold was calculated approximately.
Credit: Bruderer Informatik, CH-9401 Rorschach, Switzerland 2018

The Millionaire was sold until at least 1941.

Remarks:
The Madas was manufactured from 1913 to 1968, sales began in 1914, therefore all maker numbers up to this point refer to the Millionaire. It is often said that the Millionaire was produced until 1935. However, this date is not documented. A letter dated 20 November 1967 from H.W. Egli SA to a customer states that the manufacture of the Millionaire calculation machine was discontinued 40 years earlier, i.e. around 1927 (see Gérald Saudan: Swiss calculating machines. H. W. Egli A.-G., page 70). The catalogs of the Swiss Mustermesse (sample fair) show that this machine was exhibited in Basel until 1938 (see Herbert Bruderer: Meilensteine der Rechentechnik, vol. 1, page 581). According to an unpublished compilation by the company, 5,099 units of the millionaire were sold by the end of 1941 (i.e., 66 units since 6 October 1933). The technical literature often mentions the production of 4,655 Millionaire machines. This number is inaccurate.

With the introduction of the sister machine Madas with automatic multiplication (1927) and the portable Madas (1931), the sales of the millionaire probably decreased strongly, especially as the division with the Millionaire was quite cumbersome.

Deviations from earlier investigations
Lewin assumes a common numbering system of the Millionaire and the Madas. According to his diagram of 1992, which covers the period from 1895 to 1931, the serial number 500 corresponds to the year 1900. Up to this date, however, only about 150 machines had been built (see Michael Lewin: Entwicklungsgeschichte der Rechenmaschinen der Firma H.W. Egli bis 1931, part 2, page 11). For 1905 he mentions more than 1,500 pieces, but up to this point only about 400 had been produced. For the year 1913 (introduction of the Madas) he assumed the serial number 3500, but according to Egli's documents there were about 2,200 copies of the Millionaire.

Because of the missing data, I was not able to find out whether there are contradictions to the years of introduction of the different machine types.

Remarks:
The year of construction can be derived roughly from the data on the number of calculators manufactured annually. However, these are only approximate values. For the years 1912 and 1914, as well as 1917 and later, no exact quantities are available. No. 7 should be dated 1898. This is a contradiction to (later-written) documents.

According to the inventory of the Webmuseum of John Wolff, the Millionaire No. 1079 was used for the first Australian census (1911), the date of purchase is open. The Shawmut Mining Co., St. Mary's, Pennsylvania, is said to have acquired No. 1338 in 1909. No. 1829 was located from about 1910 in the observatory in Sydney. A machine used by the New York Central Railroad Co. with the No. 2015 was manufactured in 1912. These four examples confirm that the allocation of the years of construction up to 1912 is reasonably correct.

As a survey from autumn 2018 shows, the "Register of Millionaire calculators" by John Wolff's web museum is incomplete.

It is assumed that all mass-manufactured machines (and models) were numbered consecutively from No. 1. Obviously, there were large gaps. Jumps in the numbering (e.g., new counting for certain models) and the common numbering with the Madas (probably from 1924) have the consequence that the manufacture time shifts forward; i.e., the machines are several years older. This should be especially true for the machines from about 1928 onwards. The determination of the year of production thus becomes more and more uncertain (from No. 6500). Gaps in the numbering system and a common numbering promote the marketing, but make the dating more difficult. This can also deceive competitors.

The following information can be taken from John Wolff's list: The U.S. Department of Agriculture allegedly bought No. 2372 around 1911. No. 2566 was used from 1917 by the Metropolitan Gas Co. in Melbourne. The Millionaire 4307 was acquired by Rothamsted Research in Harpenden, Herts, in 1919 for statistical purposes, the number 6338 was acquired in 1923.

The Musée de la machine à écrire, Lausanne, has a Millionaire with number 6443. It is equipped with a multiplication keyboard introduced in 1927.

The reliability of the Wolff directory can only be checked to a limited extent. Especially the date of purchase from the Ministry of Agriculture seems uncertain. The determination of the years of manufacture based on the serial numbers seems to apply more or less until 1927.

The National Museum of American History, Washington, D.C., has two copies with the numbers 2432 and 2609. In both cases Hans W. Egli is mentioned as the maker, they were obviously built before 1918. This also applies to the No. 2505 of the Heinz-Nixdorf-Museumsforum in Paderborn and the No. 2770 of the Canada Science and Technology Museum, Ottawa.

The machines No. 3044 and 4062 of the Museum für Kommunikation in Berne, the No. 3260 of the Abteilung Amtliche Vermessung of the City of Zurich and the No. 3282 of the Collection of Historical Scientific Instruments of Harvard University bear a plate with the company name H.W. Egli SA. They were probably manufactured in 1918 at the earliest.

Note:
The Millionaire machines carry a name plate of the company H.W. Egli AG from about no. 2800. However, there are also exceptions (for unknown reasons): Sometimes the manufacturer's details are missing, sometimes the company plates were replaced by the representatives' own plates.

For the Millionaire, about 10,000 serial numbers are missing.

These values largely correspond to the above allocation of years of production.

Design and manufacturer's name give some hints for dating:

Remarks:
The introduction of the full keyboard machine (1913) enabled the development of a constant apparatus (design protection 1914). This additional device, described by F. Bühlmann in his 1915 essay, made the work in surveying considerably easier.

Since not all collection databases are publicly accessible or serial number or year of manufacture are missing, and for testing purposes a worldwide survey was carried out. It mainly relates to Europe, North America and Australia. In some cases, no responses were received by the editorial deadline, for example from Bletchley Park (National Museum of Computing), Bonn (Arithmeum), Solothurn (Museum Enter).

In several cases, 1895 is given as the year of production. The reason for this erroneous dating lies in a note which is engraved on certain machines:

These misleading statements refer to two U.S. patents of Otto Steiger and have nothing to do with the year of construction.

Note:
The lever-set machine No. 1314 was manufactured by the sole proprietorship Hans W. Egli, the others by H.W. Egli SA. No. 6480 has a keyboard.

Note:
Both machines use setting levers for entering numbers.

Note:
No. 10823 has a second counter register. Such machines were available from 1914 onwards.

Note:
No. 6443 has a multiplication keyboard.

In the case of the Millionaire, the numbers were entered either using setting levers or a keyboard (see Fig. 3). The machines worked with a crank or an electric motor. 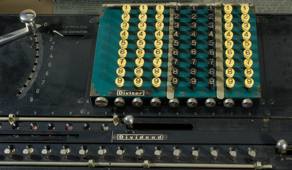 Fig. 3: This well-preserved, about 100-year-old manually operated Millionaire is fully functional.
On the left in the picture the multiplication lever, on the right the 8-digit full keyboard,
whose settings can be cleared with the round buttons (front).
Credit: Historisches Museum Thurgau, Schloss Frauenfeld

Milestones in Analog and Digital Computing

A detailed description of the H.W. Egli SA, Zurich, as well as of the Millionaire and Madas calculating machines (with step-by-step operating instructions for both devices) can be found in the following two-volume book (see Figs. 4 and 5):

Countless people took part in this investigation. The author would like to thank the following persons for their information and hopes not to have forgotten anyone:

To whom it may concern

Herbert Bruderer is a retired lecturer in didactics of computer science at ETH Zürich. More recently, he has been an historian of technology.
bruderer@retired.ethz.ch, herbert.bruderer@bluewin.ch