Contestants participated Tuesday morning in a dress rehearsal for the ACM International Collegiate Programming Contest (ICPC) World Finals. Team members, adorned in ICPC shirts and badges, found the location of their workstations, went over some rules, and took pictures with their on-site coaches.

Later in the day, students spent time relaxing before the big day of competition. They played video games, experimented with virtual reality games, and played with the IBM Watson Robot before heading back to their hotels.

Tanuj Khattar, a member of the "mobius-treap" team from IIIT Hyderabad in India, is both excited and nervous and plans to focus on the problem at hand during the competition.

Khattar says he is "definitely very excited and nervous, given the enormous competition. For now, we will just try to focus on the problem-solving part and not think of ranks too much to avoid unnecessary pressure."

Manuel Alcantara Juárez, the coach from the "PU++" team from The Faculty of Sciences at the National Autonomous University of Mexico, says his team's members are anxious about the competition but can't wait to show off their skills.

"They are nervous but they are so excited to compete in the World Finals. It was a long trip, because they trained very hard for two years to be here," Juárez says. 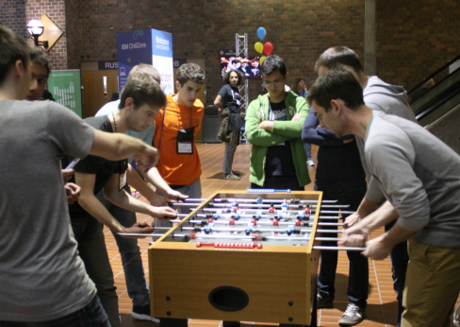 Nick Hu, the coach for Oxford University's "Catz CS Society" team, says that his team is happy to have met international competitors.

"It's so rare to get so many people from all over the world who are interested and skilled in the same thing, so this is a wonderful opportunity. Oxford is a very international place, and between all of us, we have met and became friends with people from all sorts of backgrounds," Hu says.

Matthew Dyke, a member of the "SDSMT Hardrockers" team from the South Dakota School of Mines and Technology, says his participation in last year's ICPC World Finals in Thailand helped set his expectations for this year.

"Having participated in the World Finals last year, I'm not nearly as nervous as I was then. I know what the competition is going to be like, and I know what to expect from the other teams. Since so many other countries start teaching computer science to high school or even middle school students, I know that we're already at a disadvantage compared to countries like Russia and China. For me, it's more about just challenging myself and always trying to improve. I'm definitely excited to get another shot at this competition," Dyke says 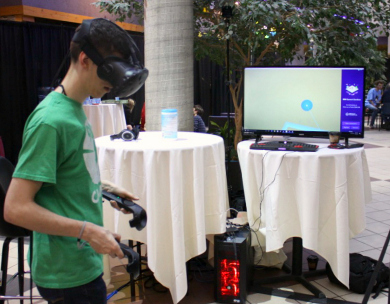 The ICPC World Finals begin at 8 A.M. MDT. The competition will be broadcast to viewers around the world on ICPCLive.