'state of the Internet' Assessed 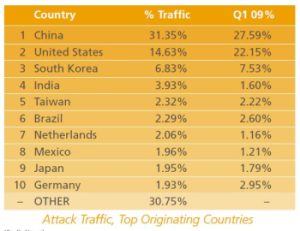 Akamai Technologies' quarterly "State of the Internet" report compiles data about the online world, from Internet attacks to average connection speeds across the globe.

Among the 201 countries now seen as the source of malware and other Internet threats, the U.S., China, and South Korea accounted for more than half of the attacks in the second quarter.

Algorithm Can Design Perfect Cycle Lane System for Any City

Recent Dip in Chip Demand Will Not Doom CHIPS-Plus Act