University of California, San Diego (UCSD) computer scientists Amin Vahdat and Geoffrey Voelker are two of the 60 professors that will receive awards as part of Hewlett-Packard's 2009 Innovation Research Program. The program aims to create opportunities for colleges, universities, and research institutions to conduct breakthrough collaborative research in conjunction with HP.

Vahdat and Voelker, who are both part of the Center for Networked Systems (CNS), received awards as part of this year's open call for proposals. "The projects they are pursuing have the potential to do great public good — from squeezing far more bandwidth at lower cost out of large clusters of servers, to delivering a critical blow to spammers who account for the bulk of Internet-based scams," says UCSD Jacob's School Computer Science and Engineering department chair Keith Marzullo. 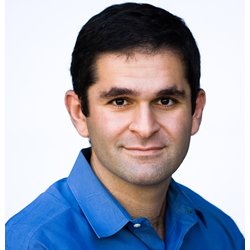 CNS director Vahdat (left) will work with HP Labs on interconnecting commodity switches in a fat-tree architecture for clusters containing tens of thousands of nodes. "By leveraging strictly commodity switches, we achieve lower cost than existing solutions while simultaneously delivering more bandwidth," Vahdat says. "We also expect that our approach will be the only way to deliver full bandwidth for large clusters once 10 GigE switches become commodity at the edge, given the current lack of higher-speed Ethernet alternatives at any cost." 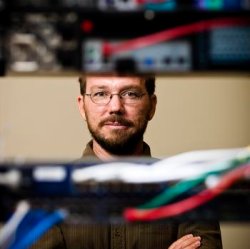 Voelker (left), co-principal investigator on the National Science Foundation-funded Collaborative Center for Internet Epidemiology and Defenses, will work with HP labs on a project to better understand the Internet's underground economy and disrupting its activities. The project has developed a technique called botnet infiltration that enables researchers to directly measure the click-through and conversion rates of Internet spam campaigns.

Smart Guns Arriving in the U.S.

What Does Saying That 'Programming Is Hard' Really Say, and About Whom?