Home/News/Ever Wonder How Much Tech Workers Get Paid in Your.../Full Text
ACM TechNews

Ever Wonder How Much Tech Workers Get Paid in Your Town? This Map Might Have the Answer.

This is one of the key findings from a recent Business.org study comparing the salaries of tech workers in cities across the U.S. 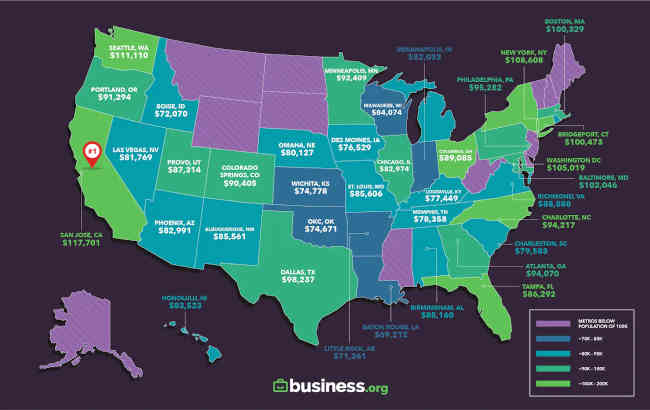 The researchers chose the top cities by examining 100 metro areas and pulling the most recent available data—primarily from the U.S. Bureau of Labor Statistics—on their tech salaries.

Said Micah Pratt, marketing manager at Business.org, "The rising cost of living and working in areas such as Silicon Valley, plus the increasing demand for technology companies is empowering entrepreneurs to launch successful businesses outside of the traditional hubs while still giving them the ability to pay higher than average salaries, allowing workers to live more comfortably in those areas."

It's Time for AI to Retire the Turing Test

The Legacy of Peer-to-Peer Systems