I Don't Understand My Car

Someday, perhaps, streets and highways will host only fully autonomous vehicles, wirelessly communicating and following algorithms that let them handle any situation they encounter. For now, though, city streets are filled with pedestrians, bicyclists, delivery trucks, double-parked cars, emergency vehicles, and construction crews, as well as human-operated cars with issues of their own.

In this chaotic setting, self-driving cars face additional challenges beyond rapidly analyzing the complex environment and navigating through it. They also must keep their distracted occupants informed of issues potentially requiring attention. Equally important, they must continually coordinate their actions with humans, whether in other cars or on the street.

Researchers are exploring novel ways for cars to communicate, such as displays that confirm that a pedestrian has been seen, but these ideas will take a long time to become standardized. Moreover, even as new methods are introduced, there will be many older cars with no such tools, so people won't know what to expect.

The industry has adopted a five-level classification scheme for vehicle automation, from simple steering or speed assistance to fully autonomous driving. Even the lowest levels require new behaviors from drivers, like not pumping the brake pedal when an anti-lock system engages. At the higher levels, at least short of complete autonomy, ensuring that humans engage properly with complex, algorithmically driven behaviors is challenging.

Human-machine interfaces for cars can draw on experience with airplanes, said Christopher Hart, who previously chaired the National Transportation Safety Board and was deputy director of the Federal Aviation Administration. In particular, Hart said, designs should be "human-centered," rather than driven by automation for its own sake. It is important to keep the interface simple, Hart said, providing only the information that the human needs. As in some versions of airline "glass cockpits," he said, "you could really overwhelm them with information." 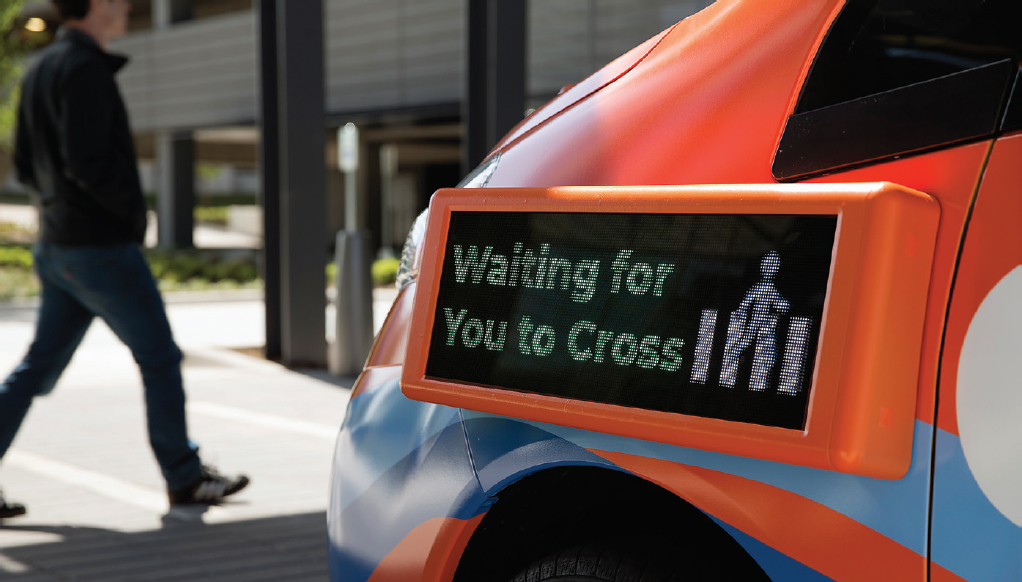 However, although simplicity is good, as a system withholds more and more information from users, they are likely to disengage from the decision-making process.

An important difference from cars is that airplane pilots are intensively trained on the specific system they are operating. In contrast, "Drivers don't even read the owner's manual," Hart said. "That's one of the reasons that it has to be so user-friendly."

Pilots also undergo periodic assessments of their knowledge, physical health, and operational skills, said Mary "Missy" Cummings, a professor in the Department of Mechanical Engineering and Materials Science of Duke University, who spent a decade as a U.S. Navy pilot. "Pilots are highly trained, with regular certification testing, as opposed to drivers, which have none of those attributes."

A major challenge occurs if the automation encounters unanticipated circumstances and tries to transfer control to a person. There is a fundamental conflict, Hart said, because "Automation needs to be very reliable before you put it on the street," but "humans are not good monitors of very reliable systems," making a "graceful exit" almost impossible.

"If it's going to take a minute or more for the person to get back in the loop, and it only takes 10 seconds to pull to the side of the road and stop the vehicle," then stopping is the smarter course, said Philip Koopman, an associate professor in the department of electrical and computer engineering of Carnegie Mellon University and co-founder of startup Edge Case Research. Although pulling over may disrupt traffic, "That's a whole lot safer than a human that doesn't know what's going on." He warns, however, that "Building a car that realizes it doesn't know what's going on is almost the same difficulty as building a car that can handle it," so some companies are trying to skip this stage.

Koopman also worries whether designers have enough of a safety mindset to prepare for multiple, surprising failures. "When you have a million vehicles on the road, weird stuff happens every day," he said. For example, an accident could endanger first responders by disabling sensors that should have immobilized the car. "That actually happened in some prototypes I knew about," Koopman said.

Playing Well with Others

Beyond the operator interface, a critical part of good driving is communicating with others on the road. Some researchers envision a world where vehicles exchange detailed information, for example, by radio. In addition to reducing accidents, such communication would allow vehicles to coordinate with each other, and even with the road infrastructure, to reduce traffic delays and save fuel. For now, however, cars must use more primitive channels to communicate with other automobiles, bicycles, and pedestrians.

Car manufacturers, subject to approval by government regulators, have adopted many standardized signaling mechanisms. Some, such as turn signals and horns, are dedicated for signaling. Other devices are also recruited to send messages. Flashed headlights, for example, might indicate anything from "speed trap ahead," to "I am yielding to you." Often, these crude messages are ambiguous, like a turn signal that may indicate an intent to turn at an upcoming intersection or into a closer driveway, or to stop, reverse, and parallel park.

Vehicles also implicitly signal to others on the road though details of their motion. For example, "If you come up to a stop sign and you roll forward, it means you're eager, and if you stop five feet back from the stop line, everyone knows that you saw them," Koopman said. Similarly, a merge on a highway sometimes involves a game of "chicken," with cars speeding or slowing to negotiate who goes first.

Self-driving vehicles will need to both interpret and send these subtle cues and clues, in addition to the more-explicit signals. Ultimately, they need something like a "theory of mind" like that human drivers employ to guess how other drivers might react. Indeed, although the self-driving cars currently being tested have good safety records, in many of the accidents they have had, they were hit from behind. "One very plausible reason for all of those rear-end collisions is that the cars aren't behaving the way people expect them to," Koopman said. To address this problem, "self-driving cars might be constrained to drive the way typical people do, even if that's not optimal."

This issue might get better as self-driving cars become more commonplace, however, because people should get familiar with their idiosyncrasies and compensate for them, as they do with erratic drivers who may be drunk or otherwise impaired. On the other hand, Rodney Brooks, emeritus professor at the Massachusetts Institute of Technology and a founder of iRobot and Rethink Robotics, warns that some people will maliciously exploit the quirky, conservative behaviors of autonomous vehicles.

The challenges for self-driving cars are particularly profound when they interact with pedestrians, both in interpreting human body language and in communicating intentions. For example, a prudent pedestrian will not walk in front of a stopped car until they have met the driver's eyes, or even gotten a wave of the driver's hand. To replace this signaling, researchers have explored strategies for communicating awareness of pedestrians, such as endowing cars with eye-like displays or projecting crosswalks onto the street to invite safe passage.

Cummings and others, however, have found that today's pedestrians are not likely to work very hard to interpret such signals. Koopman also worries that these generic displays don't really let someone know that it sees them specifically, only that it sees something nearby. For human drivers, "humans are remarkably good at gaze tracking," which makes eye contact highly specific.

Adoption of self-driving cars is likely to be a messy, slow process. Compared to airplanes, "Automation on the ground is going to be much more complicated," Hart said. "Nevertheless, I am convinced that, when automation matures enough to be used on the streets, it will save more lives," he said, although "It will never be perfect."

Indeed, like the other imperfections of autonomous vehicles, the communications weaknesses of autonomous vehicles should be compared with those we tolerate from distracted and imperfect human drivers. With respect to turn signals, for example, "We have best practices now in terms of signaling, and nobody uses them," Cummings said.

A similar transition occurred when automobiles replaced horse-drawn vehicles a century ago, Brooks said. That transitional period included large investments in road infrastructure, as well as passing laws against pedestrians walking wherever they want. One reliable strategy for pedestrian safety would be total separation of people from traffic with physical barriers, as are often used for the small number of existing driverless trains. Such isolation could be practical, say, for dedicated long-distance trucking lanes, but it seems hard to imagine in heavily populated areas.

The specific expectations for cars and pedestrians also vary widely with local culture, making a generic solution more difficult. Even in a single country like the U.S., pedestrians are much more likely to cross a street against a traffic light in Boston than in Los Angeles. Within a single city, expectations differ between neighborhoods or even individual intersections.

"In the fullness of time, self-driving will come," Brooks said, but he warns that autonomous vehicles won't just be dropped into the existing framework. "It's going to go hand in hand with changes in the environment," he said. "We don't know what that's going to look like."

Is a Robot about to take my Job?, Mary "Missy" Cummings, https://www.youtube.com/watch?v=DU1rzjSMdkU