One of the intriguing aspects of the popular 1960s television show "Mission Impossible" was the opening sequence of every episode, which featured a secret agent listening to a recorded message about an upcoming mission. At the end of the recording each week, the tape would sizzle, crackle, and disintegrate into a heap of smoke and debris, ensuring no one else could access the top-secret information it contained.

Until recently, self-destructing electronic systems remained within the realm of science fiction, but advances in chemistry, engineering, and materials science are finally allowing researchers to construct circuits that break down on their own timetable. This includes systems that rely on conventional complementary oxide semiconductor (CMOS) technology.

"The goal is to develop functional circuits that can operate for a period of time and then vaporize," says Amit Lal, Robert M. Scharf 1977 Professor of Engineering in the Electrical and Computer Engineering Department at Cornell University in Ithaca, NY, and director of the university's SonicMEMs lab. "It's the Biblical ashes-to-ashes concept applied to electronics."

The technology could reshape numerous fields, including medicine, agriculture, and the military. It could also reduce environmental damage caused by materials in semiconductors and electronics, which require recycling and too often wind up in land-fills and water supplies. Already, Lal and a team at Cornell have obtained a patent for water-soluble circuits that biodegrade without leaving toxic materials behind. Other researchers at Northwestern University and the University of Houston have built self-destructing circuits that could be used in smartphones, drones, and even inside the human body. 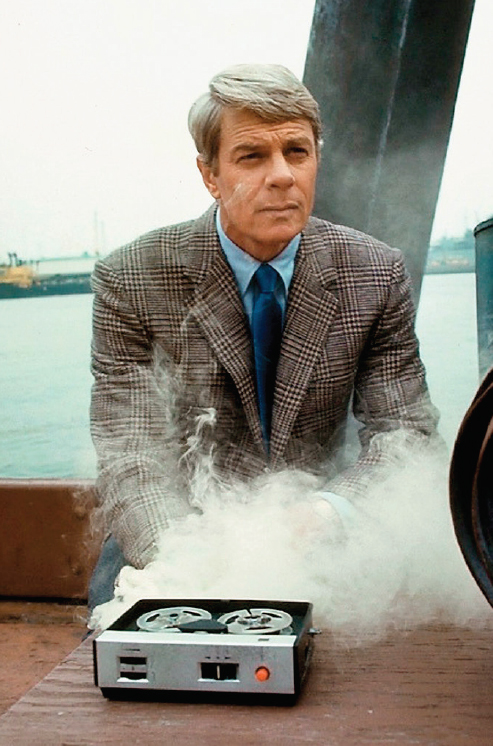 While the technology is still in the early stages of development, it could have a commercial impact within a few years. For now, the biggest obstacles revolve around perfecting transient electronics and self-destructing circuits and scaling them for mass use. There's also a need to gain a deeper understanding of polymers and composite materials, and to ensure these systems fully vaporize without leaving traces of toxic chemicals. As Lal explains, "It's not easy to design a circuit that works perfectly and delivers a high level of performance for a period of time, and then make it vaporize in the desired situation or at a precise moment, and within a relatively short period of time."

There are myriad possible uses for self-destructing electronic circuits. For example, the technology would allow farmers to place monitoring devices in a field and not have to worry about removing them later. Using different materials or combinations of materials that avoid toxic residue ranging from Tungsten to formulated polymers, the circuits would simply disintegrate at a certain point. The remaining material would have little or no impact on the environment.

The same technology also would let doctors insert biomedical devices into the human body to dispense medicine in a controlled way; in some cases, such as with chemotherapy, such micro-targeting of cells could dramatically reduce side effects, and there would be no need to surgically remove the device at the end of treatment.

Transient electronics could allow the military to deploy drones, robots, and other electronic devices into the field without the worry adversaries could recover them and benefit in any way.

The environmental benefits of self-destructing circuits are also obvious, considering tens of millions of tons of e-waste are generated every year, and toxic substances including mercury, lead, cadmium and arsenic are not always recycled, or completely destroyed during incineration. In some cases, e-waste winds up in landfills, particularly in developing nations. The resulting toxins that leach into the soil, air, and water create health hazards that can result in neurological damage, reproductive disorders, and cancers.

New types of designs and encapsulation layers will allow electronic systems formed with specialized materials to operate in a stable, high-performance manner for a prescribed period and then to degrade and disappear completely, at a molecular level, to biocompatible and environmentally compatible end products. "The ability to reduce even some electronic waste could be highly beneficial," explains Ved Gund, a senior process engineer at Intel who collaborated with Lal on the development of a destructible circuit while he was a graduate student at Cornell.

The common denominator among all transient electronics is an ability to make a device physically vanish through a controlled process, often triggered by events based on external environmental cues. These could take the form of electronic signals, light, temperature, shock or pressure changes, and chemical processes (including enzymes released by the human body). It may mean programming different functions into a device at different stagesessentially physically morphing a system through an evolutionary processor creating different devices within a device for a specific purpose.

Although the idea of producing transient electronics is nothing new, the technology began to emerge over the last decade, and Rogers is one of the pioneers in the field. In 2007, as a member of the U.S. Defense Department's Defense Science Research Council, he began collaborating with the Defense Advanced Research Projects Agency (DARPA) on ways to produce electronics that can adopt a transient physical form. The thinking at the time was simple, even if executing on the concept was extraordinarily difficult. "Ideally, you flip a switch or push a button remotely and the device simply melts away, disintegrates, or vanishes, rather than falling into the hands of an adversary," he explains.

Self-destructing technology could reshape numerous fields, as well as reducing environmental damage from materials in electronics.

In 2009, Rogers published an academic paper outlining how a partially transient system with substrates built atop a thin and fragile electronic circuit could be water soluble. The research started Rogers and fellow scientists down a path toward building more sophisticated circuits and devices using environmentally benign end-products. Their focus has revolved primarily around military and medical applications, with the goal of developing circuits and other electronics that self-destruct and leave no trace of their component materials.

Researchers have continued to push the boundaries of transient and self-destructive electronics and circuits. For instance, Cunjiang Yu, Bill D. Cook Assistant Professor of Mechanical Engineering at the University of Houston in Texas, along with researchers in China, have developed self-destructive electronics with copper, magnesium oxide, and indium gallium zinc oxide supported on a polyanhydride substrate. Water vapor breaks down the polymer substrate and eventually causes the electronic materials to dissolve. Yu's research is significant because it is the first known approach that directly utilizes the substrate as the mechanism triggering the dissolution of the electronics.

The Cornell group, in conjunction with Honeywell Aerospace, has explored self-destructing technology by experimenting with a number of different approaches, including systems that use liquids and signals to trigger the disintegration process. In one instance, they created a circuit with microscopic cavities of novel polymers containing sodium bifluoride and rubidium. Exposing the shell to radio waves of a specific frequency triggers grapheneon-nitride micro-valves in the shell to open, allowing the alkali metals to oxidize and produce a thermal reaction that causes an already thinned-out chip to disintegrate and vaporize rapidly. "The technique uses the metals in the chips as an energy source. They are attached to a special polymer that reacts to the heat," Lal explains.

Rogers and his research group are designing a system to deliver programmable drug doses to a specific part of the body, then naturally degrade and disappear.

The disintegration process is triggered by a tiny block that measures 0.04 inches wide. After the electronics disintegrate, the result is a fine powder consisting of cesium and rubidium oxides, sand-like particles from the silicon chip, and tiny flakes of carbon from the graphene, along with the remaining battery (the research team is also working on a way to make the battery vaporizable, too). "The project requires ongoing research into polymers and how to optimize both mechanical and materials functions," Intel's Gund says. One area of particular interest is how to use flexible layers of a material substrate to produce a circuit that operates like conventional silicon electronics, while using plastics and other materials that can also be broken down or recycled using the vaporization process.

Meanwhile, Rogers and his research group have focused on engineering a system that could wirelessly deliver programmable drug doses to a specific part of the body, then naturally degrade and disappear. This technology might be used to deliver medication post-surgery, for example. The challenge of this approach, Rogers says, "is that we have to build a device that is very stable over a relevant time period but then is ultimately completely unstable, in the sense that it eventually vanishes without a trace." The team is working to perfect a silicon, magnesium, magnesium oxide, and silk circuit that dissolves in the body in much the same way that absorbable sutures vanish after minor surgeries. This involves using mixtures of chemicals and polymers that cause disintegration and packing them into layers with electrodes that will trigger the destruction process.

Developing new types of circuits and electronics that self-destruct requires rethinking and redesigning semiconductors that have never been engineered for anything other than maximum performance over a desired lifespan, Gund says. Adding to the task: the design and engineering process can vary greatly, depending on the desired performance and results. A biomedical device may require 10 weeks of high-performance operation before it is made to degrade and dissolve into the body, while a military device might be required to disintegrate in a matter of seconds. What's more, depending on the device and how it used, the trigger mechanism might vary.

Researchers continue to explore how different combinations of chemicals and substances interact to produce a desired result, and how they can get to the point where there is little or no trace of the circuit or electronic component. So, far, most of the research has been conducted through trial and error and testing different combinations of materials together. In the future, Yu says, machine learning might also serve as a valuable tool for sorting through growing mountains of data and discovering combinations that can be used for different types of circuits and in different situations. "These projects require an interdisciplinary approach and experimentation with a lot of different chemicals and materials," Yu explains. "We are only beginning to understand how to build these self-destructive electronics and engineer the desired systems."

Nevertheless, the field continues to advance and commercialization of the technology could take place within the next few years. In the future, inexpensive and disposable circuits could also introduce new types of devices and systems used within the Internet of Things (IoT). Low power requirements could support vast networks of connected circuits that could operate for years and pose no environmental hazard.

Says Rogers: "Transient electronics are beginning to take shape in a tangible way. The technology will almost certainly impact a wide range of areas in the years to come."

Channeling the Inner Voice of Robots