ACM recently held a conference in celebration of the first 50 years of the ACM A.M. Turing Award.

"Just over 50 years ago, ACM awarded its first A.M. Turing Award to Alan Perlis for his work on advanced programming techniques and compiler construction," said ACM president Vicki L. Hanson. "In total, 64 people from around the world have received the Turing Award, recognizing work that laid the foundations of modern computing."

The award was presented to its 65th recipient, Sir Tim Berners-Lee, at the event in June.

The conference included more than 20 Turing Laureates speaking on topics related to their fields of study.

After welcomes from Hanson, program chair Craig Partridge, and master of ceremonies (and past ACM president) Dame Wendy Hall, 2008 Turing Laureate Barbara Liskov (who received the award "for contributions to practical and theoretical foundations of programming language and system design, especially related to data abstraction, fault tolerance, and distributed computing") offered a presentation on the "Impact of Turing Recipients' Work" focusing on the impact of early Turing recipients, which she described as "tremendous."

A session on "Advances in Deep Neural Networks" featured 2011 Turing Laureate Judea Pearl ("for fundamental contributions to artificial intelligence through the development of a calculus for probabilistic and causal reasoning"), who spoke about an evolutionary advance 40,000 years ago that allowed Homo sapiens to advance past competitor species Homo erectus and the Neanderthals. "The ability to imagine things that do not physically exist . . . the ability to model one's environment, imagine other worlds, served to accelerate evolution in favor of Homo sapiens," he said.

The session on "Restoring Personal Privacy Without Compromising National Security" featured 2015 Turing Laureate Whitfield Diffie (co-recipient of the award with Martin Hellman "for inventing and promulgating both asymmetric public-key cryptography, including its application to digital signatures, and a practical cryptographic key-exchange method"), who observed that calls by government agencies to incorporate "backdoors" in computing systems that would allow them to bypass normal authentication or encryption are not really necessary. "New backdoors aren't required; the security failures of most programs give the government ample opportunity to 'break in.'" 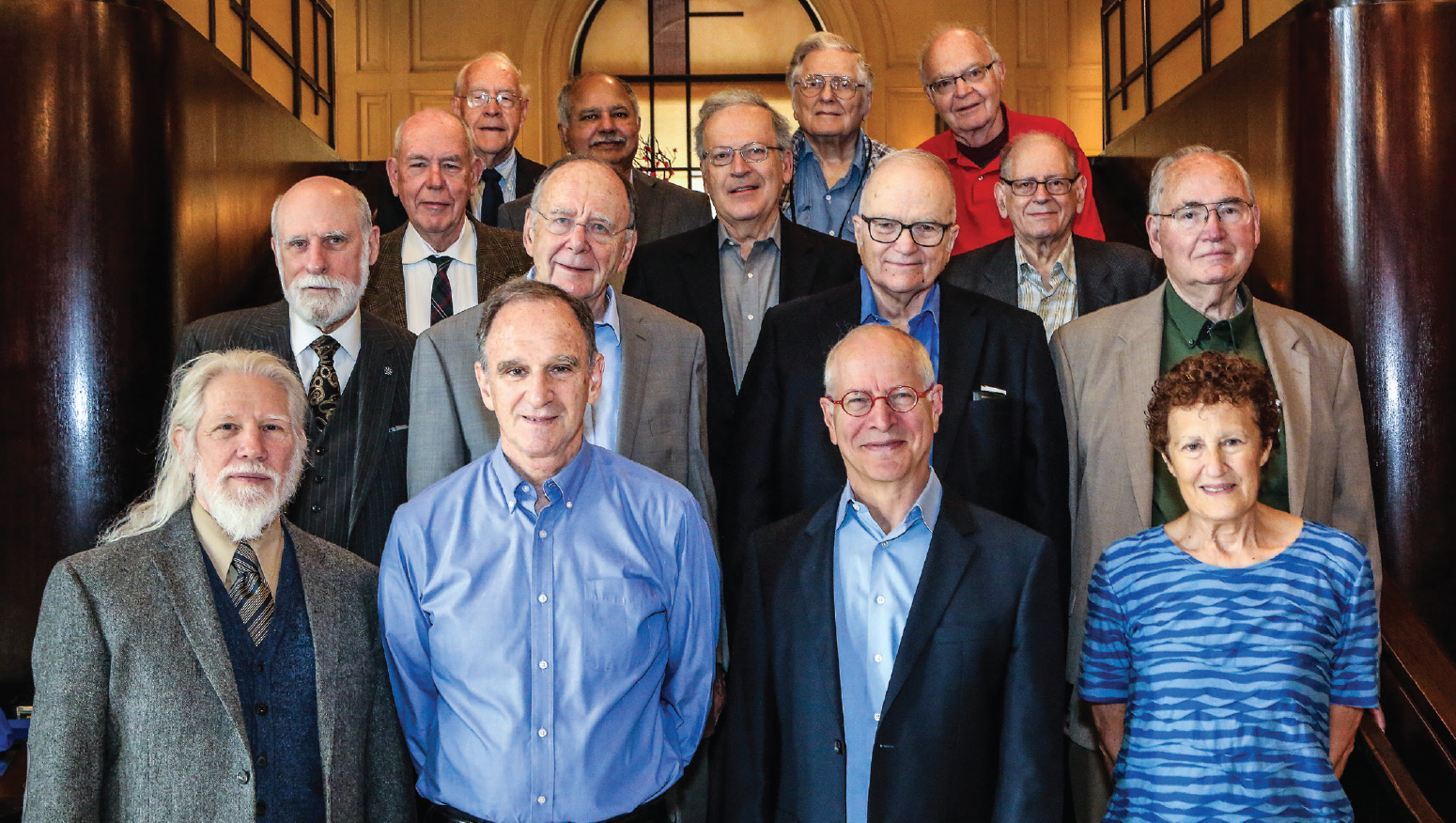 In a discussion about "Preserving Our Past For The Future," 2004 Turing Laureate (and ACM past president) Vint Cerf ("with Robert E. Kahn, for pioneering work on internetworking, including the design and implementation of the Internet's basic communications protocols, TCP/IP, and for inspired leadership in networking") related an anecdote about coming across an old 3.5-inch floppy disk and tracking down a compatible disk drive, but still being unable to open the files on the disk because they were saved in an outdated version of WordPerfect. "Backward compatibility suffers because you can't keep everything," like the version of WordPerfect needed to open those files, he said.

In a session on the future of microelectronics entitled "Moore's Law Is Really Dead: What's Next?" moderator John Hennessy of Stanford University said, "We're reaching the end of silicon technology as we know it." As a result, said Doug Burger of Microsoft Research, "We're entering a wild, messy, destructive time. It sounds like a lot of fun." Margaret Martonosi of Princeton University said, "We're entering a post-ISA, Post-CPU era . . . we need to be exploring design processes to be domain-specific, and we need to train students that way as well."

Butler Lampson, the 1992 Turing Laureate ("for contributions to the development of distributed, personal computing environments and the technology for their implementation: workstations, networks, operating systems, programming systems, displays, security, and document publishing"), said, "There's plenty of room at the top; there's room in software, algorithms, and hardware." He added, "We know there's a lot of software bloat, that we can get rid of, at a cost." Also, he said, "A consequence of hardware changes not going to be invisible anymore is, you need a strategy for changes in the software stack." 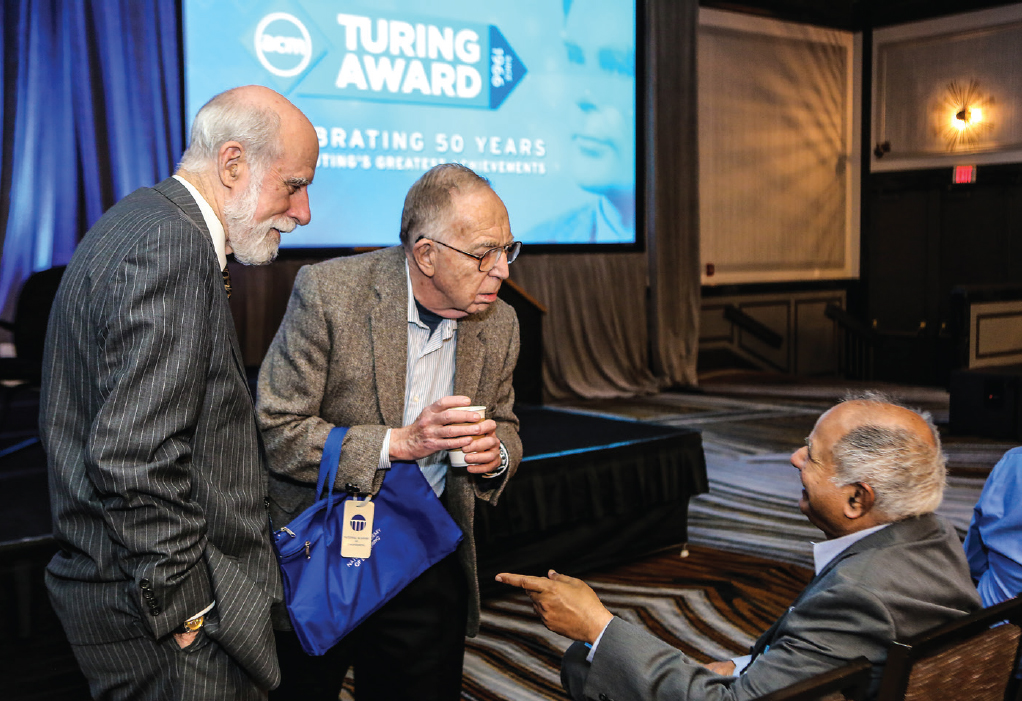 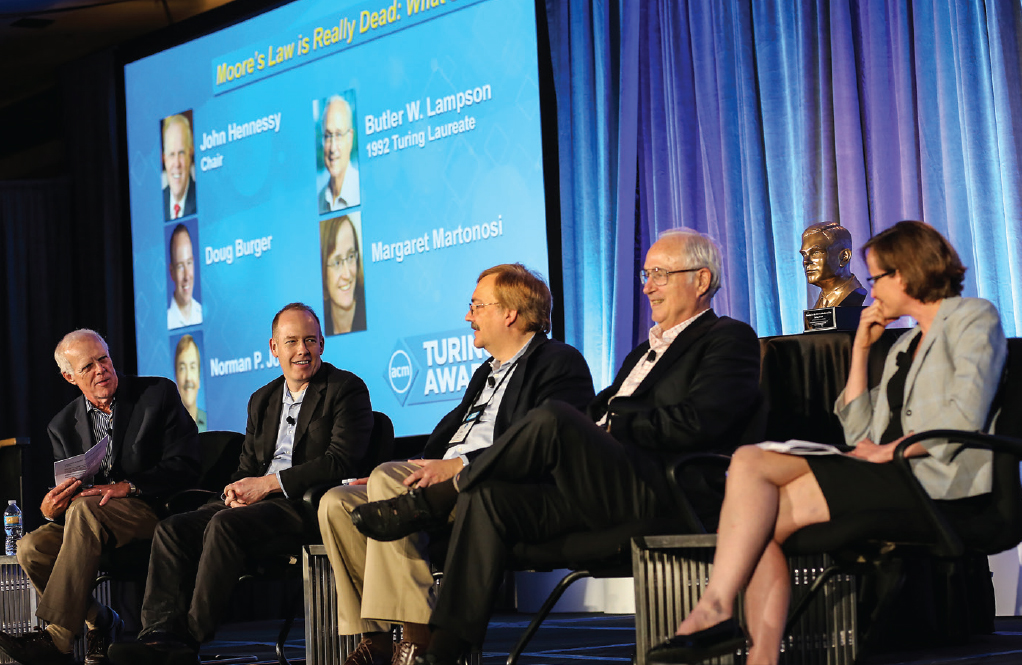 With regard to hardware advances, Lampson said, "What people care about is that the cost of running their application drops."

Regarding "Challenges in Ethics and Computing," 1994 Turing Laureate Raj Reddy (co-recipient with Ed Feigenbaum "for pioneering the design and construction of large-scale artificial intelligence systems, demonstrating the practical importance and potential commercial impact of artificial intelligence technology") said, "We need to identify technological solutions to societal problems. I believe we can." One of those solutions, he said, might be "designing self-healing systems in every system we design."

In the future, Reddy said, there will be no separation between humans and technology. "Humans will have technology in their bodies and be able to do things no person or computer could do alone. That system should have ethics. Unfortunately, that's trumped by laws and government." 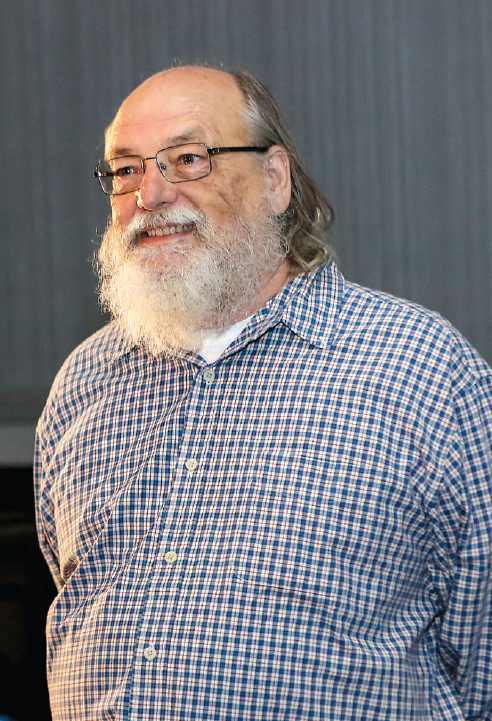 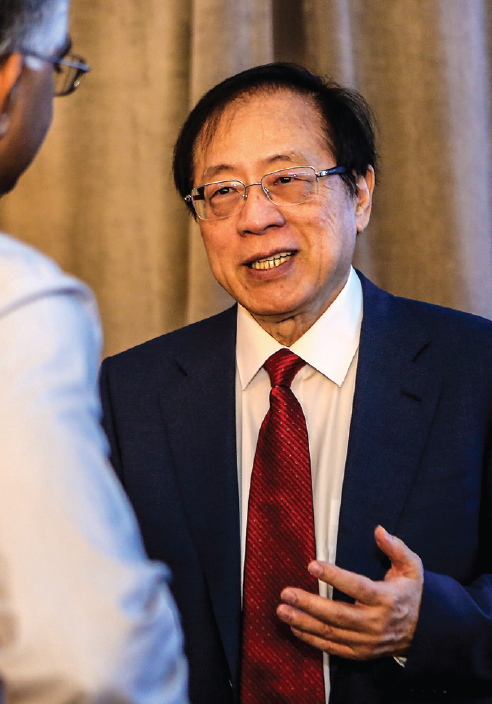 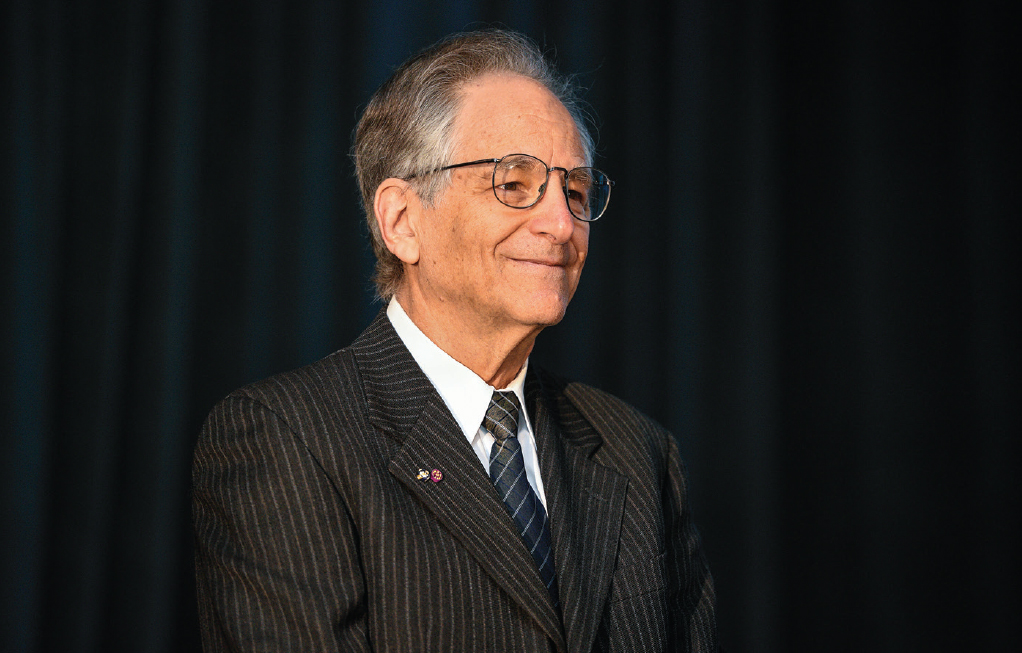 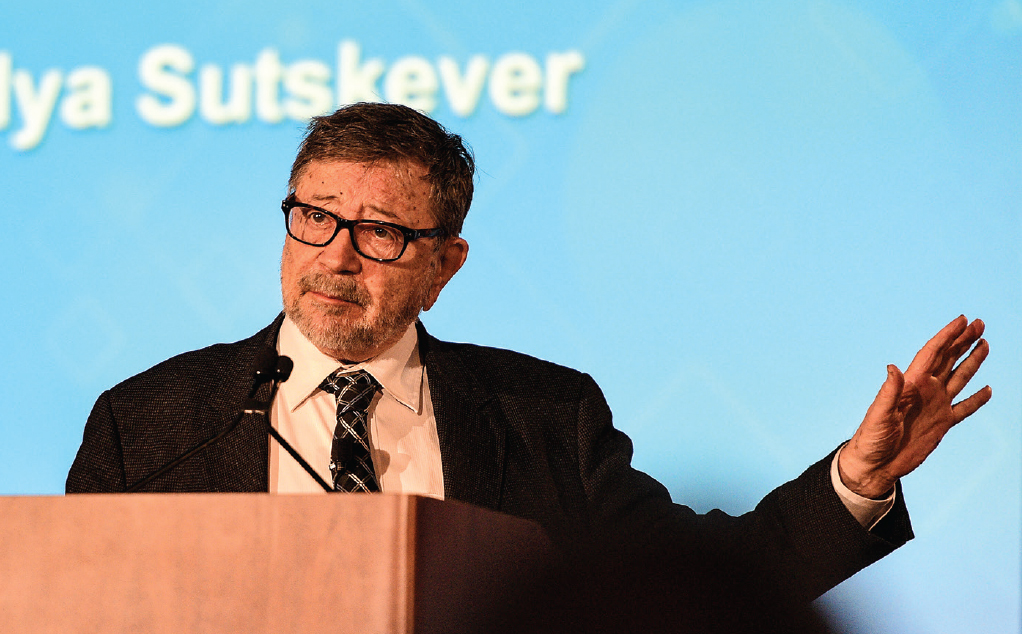 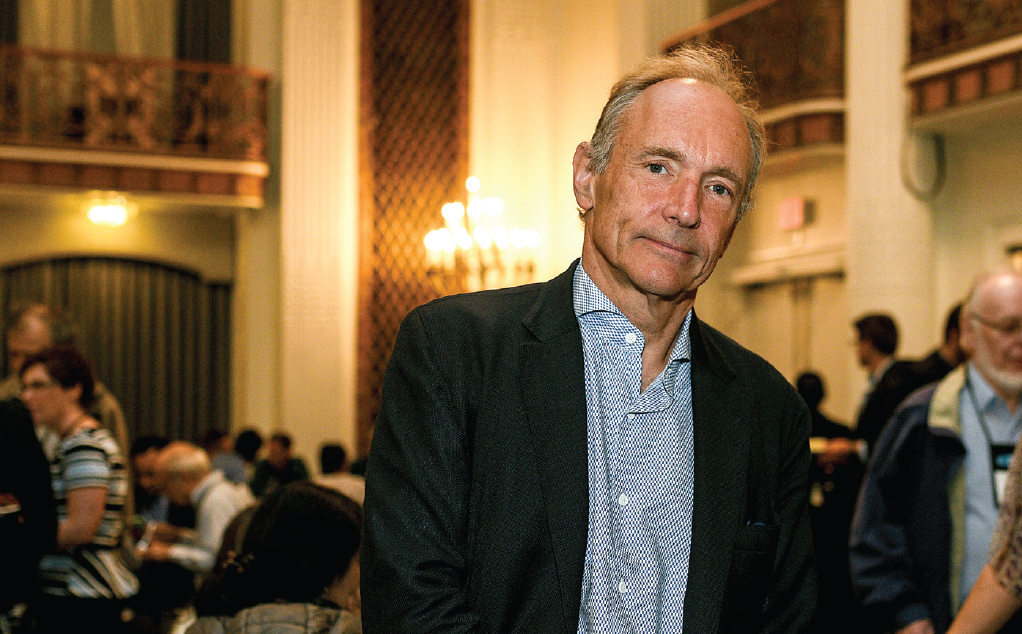 "Accountability is what we want from all systems," Reddy said. "The role of philosophers/ethicists is to convince the government," because "if it is not written into the law, nothing will change. Unless we find mechanisms to get it into the legal system, we can have all kinds of discussions and nothing will happen."

Opening the second day of the conference, 1974 Turing Laureate Donald Knuth ("for his major contributions to the analysis of algorithms and the design of programming languages, and in particular for his contributions to the 'art of computer programming' through his well-known books in a continuous series by this title") addressed "Computer Science as a Major Body of Accumulated Knowledge." Computer science, he said, shares with mathematics "the great privilege that we can invent problems to work on." Basically, he said, computer science and mathematics are "are two parallel disciplines with a lot in common, but a distinct difference."

Knuth said he was both " optimistic and pessimistic" about artificial intelligence, and that he is "more pessimistic when it is based on the notion humans make rational decisions."

The 79-year-old Knuth said he considers "computer programming is art, in the sense that it's not from nature, as well as being beautiful."

As a member of the panel discussing "Quantum Computing: Far Away? Around the Corner? Or Maybe Both at the Same Time?" 2000 Turing Laureate Andrew Chi-Chih Yao ("in recognition of his fundamental contributions to the theory of computation, including the complexity-based theory of pseudo-random number generation, cryptography, and communication complexity") said, " I am a believer in quantum computing," adding, "it seems clear that the technology of quantum computing is going to have a big practical impact." 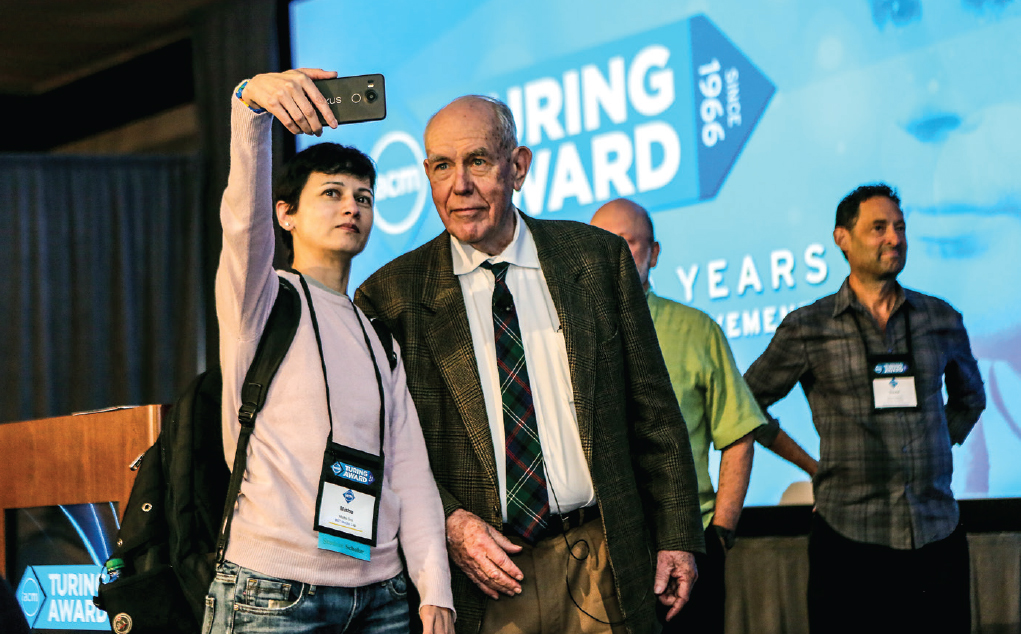 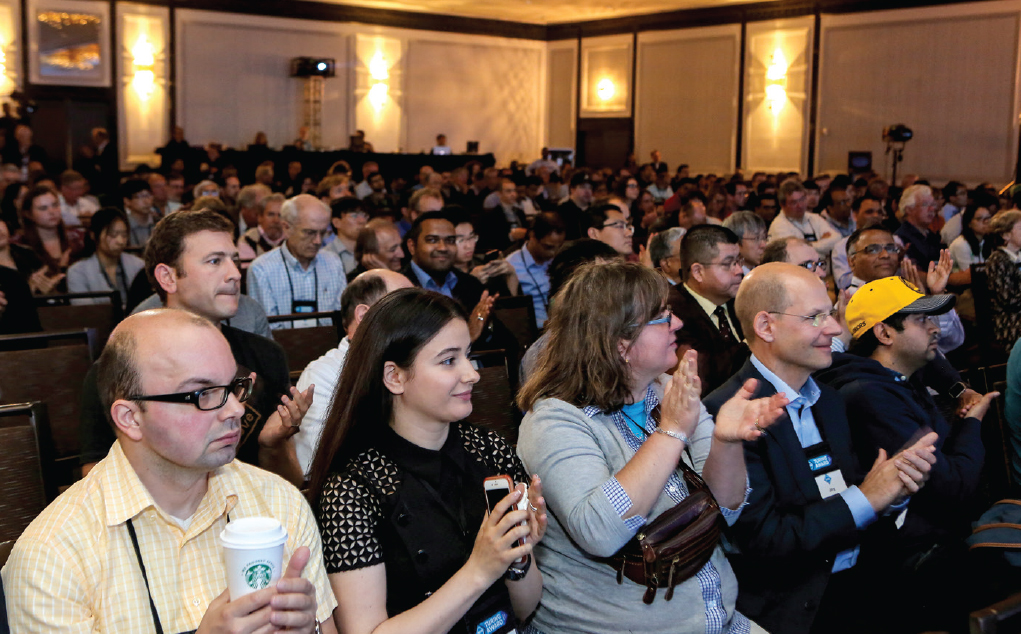 Figure. Panel discussions during the conference drew a packed house.

Yao described quantum computing as "a great experiment, and we're all waiting to see what can come of it." He also called is "a great paradigm for interdisciplinary computing."

The session on "Augmented Reality: From Gaming to Cognitive Aids and Beyond" was the only session to feature two Turing Laureates: 1988's Ivan Sutherland ("for his pioneering and visionary contributions to computer graphics, starting with Sketchpad, and continuing after"), and 1999's Frederick P. Brooks, Jr. ("for landmark contributions to computer architecture, operating systems, and software engineering").

Brooks said he has a vision of using augmented reality (AR) for the purpose of training emergency teams. He asked the panel about "the state of actual use of augmented reality today? Who is using is a tool to earn their living?" Sutherland responded that the pilot of a jumbo jet, who trains in a simulator, is taking advantage of "some of the best VR (virtual reality) in use today," while Yvonne Rogers of University College London pointed out that head-up displays "are a reality for navigation." Peter Lee, of Microsoft AI and Research, said there is "a lot of belief, interest, and a growing amount of experimentation in AR, such as the ability to "tele-port" (virtual visit other locations); he added, "If we can teleport, there really isn't a need for so many airplanes."

Sutherland added that the "greatest value of AR/VR is to show people things in a way that makes the underlying physics, the meaning, clear."

The full conference sessions are available at https://www.facebook.com/pg/AssociationForComputingMachinery/videos/.