While there certainly are exceptions to the rule, many New York City public middle and high school students have not received support and encouragement to focus on math and computer science subjects.  That is likely to be a major impediment to these students as they progress through their academic careers, as the U.S. Department of Commerce estimates that STEM (science, technology, engineering, and mathematics) occupations are growing at 17% per year, while other occupations are growing at a 9.8% annual rate. Furthermore, STEM degree holders are able to secure a higher income even in non-STEM careers, according to the Commerce Department study.

That's why the City University of New York (CUNY) Tutor Corps brings CUNY students studying math, computer science, or education, into NYC public middle and high schools to provide one-on-one and small group instruction to students there studying math or computer science, and to provide support for classroom teachers.  Currently in its second semester, the program is deployed across 28 middle and high schools, and is funded via a $1-million, three-year grant from the Office of the Mayor.  The CUNY Research Foundation and the New York City Department of Education are working together to administer the program.

Tutors spend about 12 hours per week at these schools, with their time split between assisting the teacher in the classroom, and providing individual or small-group tutoring to students. There are two tutors per school, both paired with one teacher who is either math or computer-science focused.

The goal of the program is multifold, according to Gretel Johnson, director of the Tutor Corps program.  "We're interested in helping kids with the content, and making sure they're getting through the content, as well as [positioning math and computer science careers] as real career opportunities," Johnson says.  "But we're also interested in giving the tutors a glimpse of what teaching might be, and getting these STEM students into education."

In addition to providing direct benefits to the tutors and students involved in the program, the CUNY Tutor Corps program is also designed to help provide support for two Department of Education programs focused on accessibility to STEM courses for all NYC students.

The Algebra for All initiative is focused on getting every New York City student to take algebra by the ninth grade.  Meanwhile, the Computer Science for All initiative's goal is to offer meaningful computer science instruction to students at every level.

"We're hopeful that the [Tutor Corps] is helpful to the tutors, in that teaching improves everyone's understanding of the content of what they're teaching," Johnson says.  "But our ultimate goal is to make sure that the Algebra for All and Computer Science for All initiatives are as successful as can be." 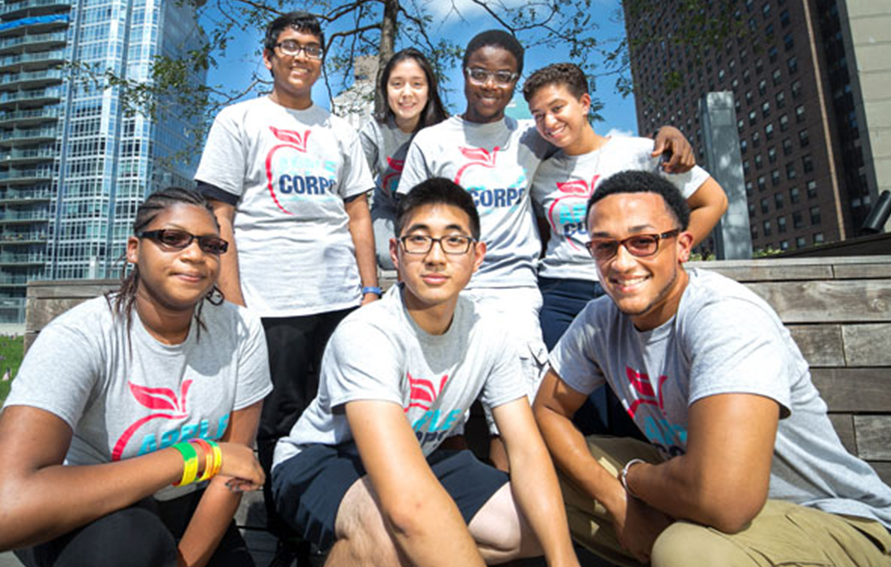 Another goal of the program is to connect with students who may not have had role models in computer science or math. The Tutor Corps program offers an ethnically and racially diverse group of tutors, which may be valuable in connecting with city students.

"We have a good range of people from all backgrounds," explains Laura Jimenez, a second-year CUNY student majoring in computer science and a member of the inaugural cohort of 50 tutors, split between math (38 tutors) and computer science (14).  "Something that we want are tutors who can relate to their students, many of whom speak different languages. Sometimes having tutors that speak that language can really help the student, particularly in computer science."

The program is still recruiting tutors for the fall 2017 semester.  The tutors, who are paid $15 per hour, must be currently enrolled at a CUNY school and have completed at least 12 credits in math, computer science, or education while maintaining at least a 3.0 cumulative grand point average. Tutors are required to fill out an application, and also to participate in a mock tutoring session prior to being accepted, in order to ensure each tutor candidate is qualified.

To assess the success of the program, the Tutor Corps program is surveying teachers, tutors, and students, to gauge how their attitudes toward math or computer science have changed over the course of the semester.

The greatest benefit of the program may simply be the added exposure of STEM-related subjects as potential career paths, particularly for New York City students.

"We're interested in having students knowing someone who is currently in school studying math or computer science, because maybe someone in their family has gone to college, but it's less likely that someone is currently in school and is studying a STEM [subject]," Johnson says.  "A little over half of our tutors are New York City high school graduates. We want them to see that this is something that people actually do, and that people who went to New York City high schools do."

Smart Textiles Sense How Their Users Are Moving

A Challenge of Membership