What is Data Science?

Data Science as a Science

Empirical science has been always about data. Kepler used data about the movement of the planets collected by Tycho Brahe to prove Copernicus' theory of the solar system. Was Kepler the first data scientist when he looked for patterns and models in raw data? While Kepler used data to achieve insights, data science today is more than an empirical science. That is, data science views the data itself as a natural resource and deals with methods for extracting value out of this data.10 While science focuses both on understanding the world and on developing tools and methods to perform research, data science focuses on understanding data and developing tools and methods to perform research on data.11

Data Science as a Research Paradigm

Data Science as a Research Method

Data science integrates research tools and methods taken from statistics and computer science that can be used to conduct research in various application domains, such as social science and digital humanities.

Drug discovery is one area that illustrates how machine learning is applied as a research method that includes "target validation, identification of prognostic biomarkers and analysis of digital pathology data in clinical trials."13

Data Science as a Discipline 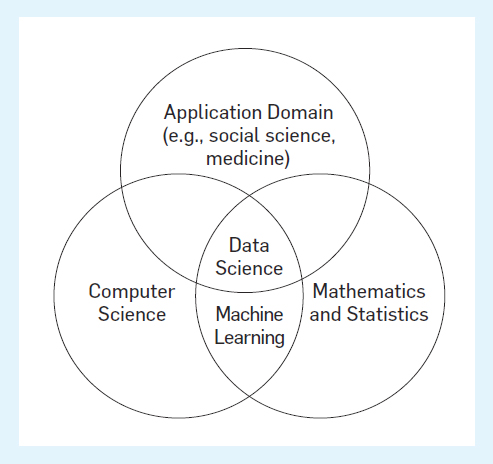 Data Science as a Workflow

The 2015 National Science Foundation (NSF) report, summarizing the NSF-sponsored workshop on data science education, introduced a definition of data science that reflects the perspective of data science as a workflow: "Data science is a process, including all aspects of gathering, cleaning, organizing, analyzing, interpreting, and visualizing the facts represented by the raw data."2 Data science is indeed commonly presented as an iterative workflow for generating value and data-driven actions from data (see Figure 2). 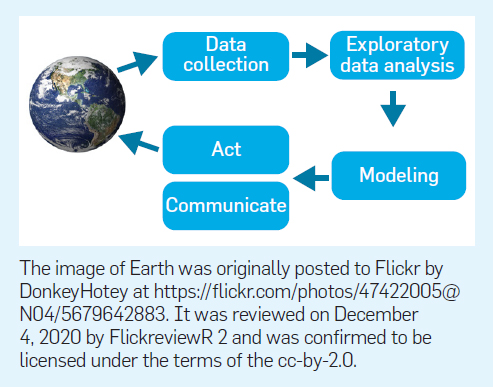 Data Science as a Profession

Irizarry9 proposed that the term data science was coined in order to improve communication between human resource recruiters in the industry and work applicants. According to Irizarry, "As the demand in [sic] employees capable of completing data-driven projects increased, the term data scientist quickly became particularly prominent because it helped recruiters specify the type of employee they wanted."9

Data science is emerging fast and a single definition of it has not yet been reached. In this blog, we presented six facets of data science, each highlighting a different perspective of the field. This multifaceted nature of data science may partially explain the difficulties associated with the efforts to define it.

Koby Mike is a Ph.D. graduate from the Technion's Department of Education in Science and Technology under the supervision of Professor Orit Hazzan. He is currently a post-doc at Bar-Ilan University.

Orit Hazzan is a professor at the Technion's Department of Education in Science and Technology. Her research focuses on computer science, software engineering, and data science education. For additional details, see https://orithazzan.net.technion.ac.il/.

Walmart Rolls Out AR to Try on Clothing Virtually

The Need For Combined Data And Analytic Governance