Meaning and Context in Computer Programs

When you look at a function program's source code, how do you know what it means—that is, what object or process is this function representing? Is the meaning found in the return values of the function, or is it located inside the function body? What about the function name?

"Programs must be written for people to read, and only incidentally for machines to execute," as the adage goes,1 so where in the program is this shared meaning expected to be found?

Suppose we have a class called Animal, which has a method called getName. The class is used in an iteration as in the forEach loop shown in Figure 1. 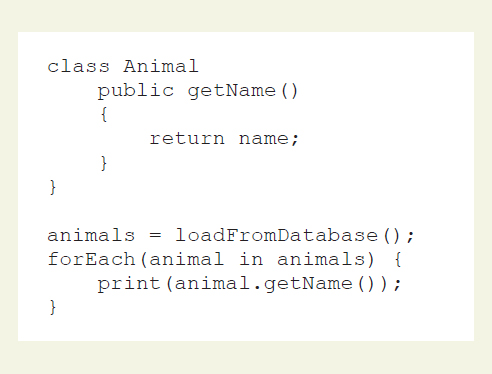 Figure 1. What is the getName method doing?

This method could return either the pet's name (for example, toto) or the species name (for example, cat). Running this program would produce such output as horse, cat, and dog, which would help you deduce that the method is returning the species name. (You could argue that a better name for the method is getSpeciesName(), which is a valid criticism.)

The method getName presents an interpretative ambiguity that is resolved by looking at the method's return values. Still, you cannot be sure you are on the right footing, since you don't know how many cases are required to make the right deduction. Is there another device in code that could help with the meaning? To answer that question, pretend you keep browsing this project's code until you are surprised to find a different file that has the exact same code inside as the Animal file. Is this a duplication mistake, or is something else happening here? After executing the newly found code a couple of times, you see that it returns values such as unicorn or mermaid—fictional animals. Inspecting the folder structure of both files, you find that the last one lives in the folder lib/animals/fictional, while the first class lives in lib/animal/non-fictional. Thus, a piece of context external to the source code—a paratext—is helping with interpretation.3

A paratext is a piece of information such as a book title, chapter title, or preface that indicates how to interpret a text, so even if you are tempted to think that Don Quixote could be a historical account, the fact that it is described as a "novel" in the book's front matter tells the reader that it cannot be taken as factual.

In the case of source code, while the return values of unicorn and mermaid could help you deduce the meaning of the function, it is the folder structure that can provide a stronger piece of information about what the method means—for example, revealing that the project is working with two kinds of animals, fictional and nonfictional. (Programming languages such as Java and C# support this feature at the language level, called packages or namespaces, respectively.)

Can a function's return value be trusted as an indicator of what a function does, and thus its possible meaning? Consider the function shown in Figure 2. (A double forward slash indicates a code comment—that is, source code that is going to be ignored by the compiler and thus not executed.)

Figure 2. Can we trust return values as source of meaning?

The function called square, when provided with an integer x, raises it to the power of 2. In this example, provided with 5, the function returns 25. So far, so good. What would happen if an inspection of the function's source code found the following?

The function returns a hardcoded 25, so if you passed 5 or -5, the function would work as expected. Function return values can be seen as indexical signs—that is, they indicate that the function was executed, but they can't tell you anything about whether the function is working as expected. It's like seeing footprints in the snow. You can assume a hare just crossed the forest, but you cannot be 100% sure about it based on the footprints alone, since they could have been planted by someone wanting to prank you (see Umberto Eco's writing on indexical signs2).

Likewise, a return value is not enough to deduce that a function works correctly—even though the function's return values can be compared with known correct values that fall inside of what you might understand as the function's meaning. In the case of square, you could write a test program that checks that if provided the value 3, the function returns 9, provided -5, it returns 25, and so on. This becomes tautological: Since you assume the function square implements mathematical exponentiation to the power of 2, you then assume that 9 and 25 are correct return values.

As in the previous example of Animal.getName(), these return values indicate that square(x) is not a graphical function that draws on screen a square whose sides' lengths equal the provided x input value. Whether the function square(x) returns an integer or draws a square on screen, however, can be deduced from the type of the function's return value, assuming that information can be specified in the program's source code. Certain programming languages such as Haskell or Java allow the programmer to provide type definitions for functions. Therefore, in the previous case, you could have written something like square(x:Integer) -> Integer, which means the function square takes an integer parameter x and returns another integer—guiding your abduction or hypothesis that it returns x squared.

From return values you can then look at the actual body of the function, since that is where you can learn about the type of algorithm being implemented.

The next task is to understand whether all return values are created equal. Say you have the function random(start:Integer, end:Integer) -> Integer—that is, the function returns a random integer that falls between the interval specified by the start and end input parameters. The problem is you still don't know what kind of random numbers you are receiving from the function.

From a security standpoint, when working with PRNGs (pseudo-random number generators), you might want to know the algorithm used to generate them, as some are more or less secure for cryptographic applications. This information is found in the function body where you see what type of algorithm is implemented inside the function. So, if you have two random functions, with different implementations, that once executed both happen to return the number 7, then you might want to know if these numbers come from a series such as the one generated by the Linear Congruential Method proposed by Donald Knuth,4 or one coming from the series proposed by Guy Steele.5

A similar example can be seen in a function called sort (List [Integer]) -> List [integer], which takes a list of values of type Integer and returns a list of sorted Integers (whether in ascending or descending order is not important now). To know what kind of sort algorithm was used, you would have to look at the function's source code, where you might find an implementation of the quicksort or insertion sort algorithms, just to name a couple of examples.

Meaning in a program lives not only in various parts of the program's source code—the function names, the function parameters, the function body—but also in the package name that contains the function, as well as the various tokens of the function type received with each function execution, the return values. Each random number is a token revealing what kind of series the random algorithm is generating.

What can programmers do with this information? Understand that the code doesn't "speak on its own," but there are various locations both inside and outside the code that guide the interpretation. This short article cannot provide a guide on how to write code that is easier to read or understand, but it can recommend that paying attention to each of the sections or aspects of the code mentioned here can guide the decisions to be made about using the source code to transmit information about the problem domain. This provides future developers approaching the code with many handrails to guide them as they interpret the code. They won't find just some random words representing a model, but also the context in which those words make sense.

Further exploration can tackle the relationship between the words used in names inside programs—function names, variable names, type names, and so on—and explain how they are used to build a sort of lexicon or DSL (domain-specific language) that represents some process of the real world—much the way a supermarket inventory works. This could help in understanding what kinds of competencies programmers need to understand what a program does. This article limited its exploration to seeing where that information could live in a program, but not how it is produced or used from a semantic point of view.

Alvaro Videla is a developer advocate at Microsoft and organizes DuraznoConf. He is the coauthor of RabbitMQ in Action. Find him on Twitter as @old_sound.

Twitter Wants to Reinvent Itself, by Merging the Old With the New