How Do You Calculate with the Sector?

1. Invention in the 16th century

Fig. 1: Sector.
In contrast to the proportional compasses, sectors have a fixed hinge.
© ETH Library, Zürich, Collection of astronomical instruments

The linear scales of the two arms are used for each of the four basic arithmetic operations. They comprise 200 equal parts (called "lines"). Other scales are labeled with "planes," "polygons," "chords" (angles), etc. Sectors form similar triangles.

Additions and subtractions take place as on normal (linear) scales. For these operations, the linear scales of the sector are used. For additions, two distances are joined together; for subtractions, one distance is subtracted from the other.

Digital machines count, analog devices measure. Since distances are measured with the sector, it is an analog instrument.

For multiplication and division, both the linear scales and the distances between the arms are used.\

3. How do you multiply with a sector? 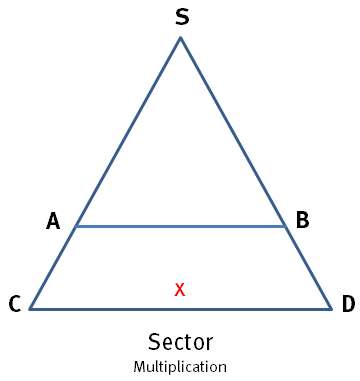 Fig. 2: Sector (multiplication).
Thanks to the intercept theorem, it is possible to multiply on the sector. The product (x) corresponds to the distance CD.
© Bruderer Informatik, CH-9401 Rorschach

4. How do you divide with a sector? 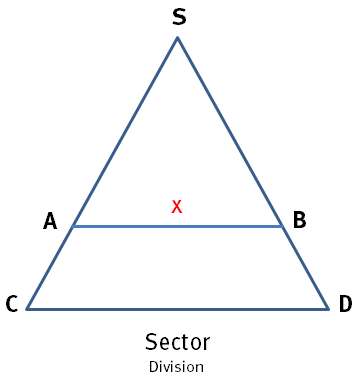 Fig. 3: Sector (division).
Thanks to the intercept theorem it is possible to divide on the sector. The quotient (x) corresponds to the distance AB.
© Bruderer Informatik, CH-9401 Rorschach

Many people find arithmetic difficult. Therefore, for thousands of years, attempts have been made to facilitate this work with technical aids. However, the path from finger reckoning via the (digital) abacus, the (analog) sector, the (analog) slide rule and the (digital) mechanical calculating machine to today's electronic computer was long and stony.

You can find detailed information on the sector and the proportional compasses as well as step-by-step instructions in:

Waymo Is 99% of the Way to Self-Driving Cars. The Last 1% Is the Hardest