In a previous ACM blog post, I wrote about the SF reading recommendations from the SIGCSE 2014 Using Science Fiction in CS Courses Birds of a Feather (BOF) session, organized by Rebecca Bates, Judy Goldsmith, Valerie Summit, and Nanette Veilleux.  This BOF convened again at SIGCSE 2015, and as was the case last year, the group came up with several stories  that computer scientists may find especially interesting.

Since readers of this blog may be looking for something to fresh read during the summer, I thought I would provide an overview of the stories the BOF has recommended for this year. These recommendations consist of two SF novels, a short story, and a novella. 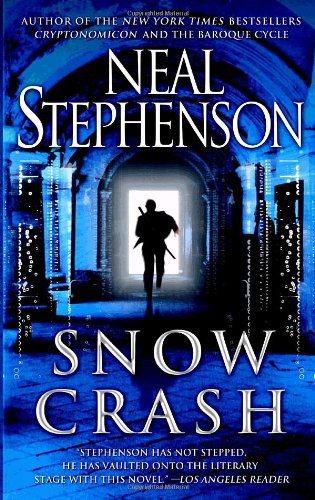 The title refers to a designer drug and computer virus that affects its users in the physical world and their computer systems in the Metaverse, a virtual-reality successor to the Internet.  The main character is aptly named Hiro Protagonist, who begins investigating the drug/virus after his friend falls victim to it.  Though his investigation, Hiro learns that ancient Sumerian is an "ur-language" imprinted on people’s brain stems, making it a sort of assembly language for modern natural languages.  As a result, a person who is fluent in Sumerian can use it to "hack" the brains of other people and control their actions.  The villain of the story has reconstructed enough of the Sumerian language to take initial steps towards world domination, so Hiro and his ex-girlfriend are racing to acquire enough neuro-linguistic hacking skills to stop the villain before he turns the world's population into his puppets.

Along the way, Hiro learns the backstory of the biblical Tower of Babel story, and how the Sumerian deities Asherah and Enki were neuro-linguistic programmers.  He also gets a chance to use his sword-fighting skills, and interact with advanced technologies such as smart wheels, rail guns, cybernetic pit bulls, and of course, the Metaverse.

Most of Stephenson’s novels are wide-ranging, wildly inventive stories; it is difficult to do justice to one of his novels in just a few paragraphs.  This one is no exception; if you have not read any of his stories, Snow Crash is a great introduction to this imaginative writer. 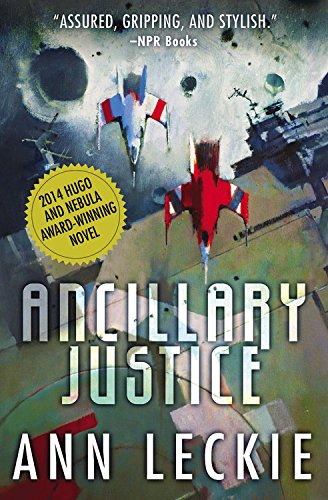 This fresh new story alternates between two timelines more than a millennium apart, as told by an AI entity whose lifetime spans that period. This AI is part of a civilization called the Radch, a galactic empire that is expanding through conquest and annexation. The Radch have several classes of starships, including "sword" ships that have the weaponry to conquer planets and "justice" ships that have the resources necessary to occupy a conquered planet and incorporate it into the Radch empire.

In the earlier of the two timelines, the AI telling the story is a self-aware justice-class starship named Justice of Toren. In addition to the usual starship’s infrastructure, it has thousands of "ancillaries" – people from conquered worlds – who have been wired into the ship’s consciousness (similar to the people who have been assimilated into the Borg in Star Trek: The Next Generation). The writing in this part of the story is fascinating, as Leckie works hard to communicate how an entity distributed across so many individuals thinks and perceives its surroundings.

In the later of the two timelines, the AI is an individual going by the name Breq, who is the only ancillary that survived the destruction of the Justice of Toren.  This storyline follows Breq’s quest to bring to justice those responsible for the ship’s demise.  The writing in this timeline is also interesting, as Breq struggles with becoming an individual after having been a corporate entity.  Both versions of the AI struggle with the concept of gender, and frequently make mistakes in this regard, making for a somewhat unreliable narrator.

Ancillary Justice is the first book of a trilogy; the other books are Ancillary Sword (2014) and Ancillary Mercy (Q4, 2015).  This book was such an original story, I’m greatly looking forward to reading its successors!

3.     The two shorter recommendations are: 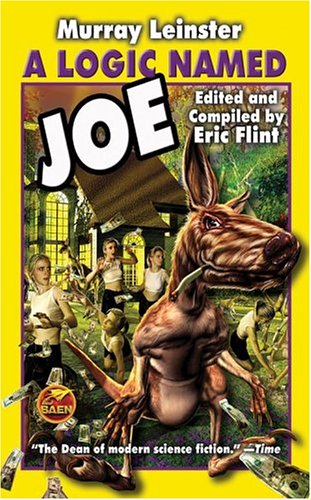 This story was written in the mid-1940s — back when the term ‘computer’ still referred to a human — so the author adopted the word ‘logic’ as a noun for what we would today call a computer.  (For example, "I took my new logic out of its box, plugged it in, and turned it on.")  This amazing story anticipates and describes systems that we can today recognize as personal computers, databases, the Internet, Skype, search engines, and so on.  This is remarkable, given that the story written almost 50 years before the World Wide Web came into existence.

The story’s plot revolves around a Watson-like system that begins providing accurate answers to any questions people care to ask, and the social chaos that ensues.  (For example, one person asks "What is a fool-proof way to rob my local bank?")  The story is told in the first person by "Ducky", the Logics Company maintenance worker who first discovers the problem and attempts to deal with it.

I found this and the other short stories in the book to be very creative and interestingly written -- sufficiently entertaining that I hope to track down more stories by Murry Leinster, who Time Magazine called "the Dean of modern science fiction".

b.     Seven Years From Home, by Naomi Novik (2010), is a novella available in the collection Warriors, and available for free at clarksworldmagazine.com. 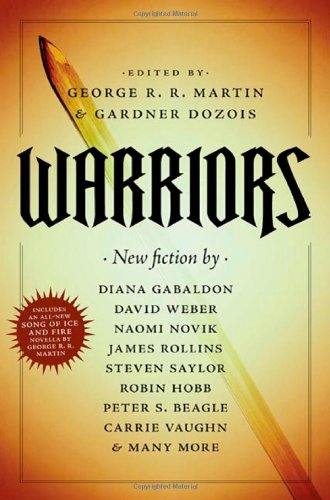 The story is set on a planet with two continents that are homes to two different populations: the Melidans, who live in harmony with their natural environment; and the Esperigans, who have consumed the resources on their continent and are now expanding onto the Melidans’ continent, resulting in conflicts between the two groups.

The story is a first person retrospective by Ruth Patrona, a diplomat from an off-planet Confederacy of worlds. Ruth was supposedly sent to help resolve the conflicts, but was secretly sent to start a civil war so that the Confederacy can intervene and assimilate the planet.  The events of the story drive Ruth toward a crisis of conscience, in which she must decide whether to fulfill her mission for the Confederacy or switch her loyalties and help the Melidans.

What sets this story apart from similar stories is that the Melidans’ symbiosis with their environment has led them to become skilled genetic programmers.  This allows them to rapidly create customized organisms to aid them in their conflict with the Esperigans.  The result is a well-written, highly original story that I found to be very interesting and entertaining.  I look forward to reading more of Ms. Novik’s work.

It seems likely that there will be another Using Science Fiction in CS Courses BOF at SIGCSE 2016.  If you have suggestions for SF works that are of particular interest to computer scientists, please leave them in the comments below and I will be happy to pass them along.  (I am collecting such recommendations and will summarize them in a future post.)

Can Machines Control Our Brains?

Tech Meetups In A Pandemic