Software Engineering in the Venice of the North

ESEC/FSE is the world's second top software engineering conference, next to ICSE. This particular edition will be the first major international software engineering event in Russia, a country that has made tremendous contributions to the field and has a booming software industry; it should be particularly visible. The call for papers is open until March 1st, so you still have more than a month to fine-tune your best paper and send it to ESEC/FSE.

We have already assembled a stellar roster of invited speakers: Georges Gonthier, Paola Inverardi, David Notkin, and Moshe Vardi. It is hard to think of more prestigious figures in the field, reflecting its diversity both topic-wise, from proofs and theory to the most concrete issues in software development, and country-wise. More invited speakers will be announced by the associated events, and we already have some panels in preparation, including one on "Credible Empirical Answers to Software Engineering Issues" (what can empirical software engineering research tell us about the practical issues faced daily by software developers and managers?), with the participation of some of the key figures in empirical software research.

Let me also point out, for readers who have not been to Saint Petersburg, how magnificent the city is, the Venice of the North criscrossed by canals and strewn with gilded palaces, museums (not just the Hermitage, although it is by itself worth the trip) and everywhere mementos of the great poets, novelists, musicians, and scientists who built up its fame. Hosted by ITMO National Research University, the conference will be held in the magnificent Razumovsky Palace (now Herzen University) on the banks of the Moika River; below is a photograph taken a few weeks ago, although in August it will look very different!

Participants from many countries (including the United States and Western Europe, but not, for example, Brazil or Argentina) need a visa to enter Russia, but I have come to think of this chore as a blessing. The place is so loaded with beauty, and so easy to reach from anywhere in Europe, that the days the visa requirements are listed it's going to be like Prague (no offense meant, it's also one of the most beautiful places in the world): drunken stag parties at every corner. For the time being, the formalities keep the hordes away; enjoy the best-kept secret (well, not quite a secret, but still not Venice) while it lasts. Besides, the visa process for ESEC/FSE participants will be straightforward: you register with a hotel — the conference will have a whole selection, at various price points, all in the city center — and they will send you all the necessary paperwork. See the conference FAQ page for answers to questions (and misconceptions) about Russia and Saint Petersburg.

Besides papers to the main conference (March 1st, don't delay!), there is still time to submit proposals for workshops (February 25), tutorials (April 15), papers to associated conferences (see their web pages), and several events with still open deadlines such as the New Ideas track, the industrial track and the doctoral symposium. 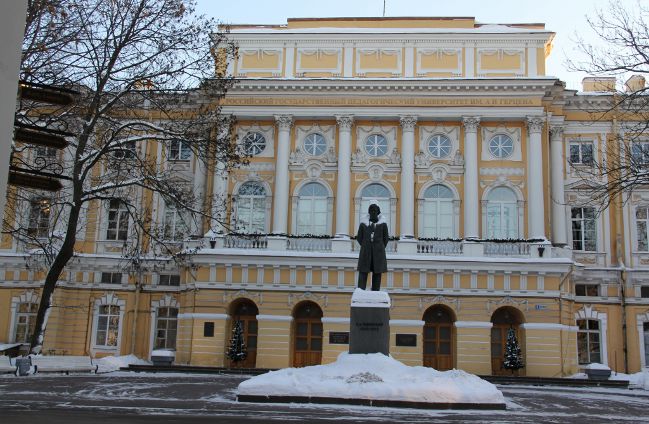 St Petersburg is certainly a beautiful city. Sadly I won't make this conference, but I highly recommend it for all the reasons Bertrand Meyer states. Eating bliny on the Nevsky Prospekt while pondering the scenes of Dostoevsky's novels was one of the highlights of the semester I spent studying mathematics abroad in Russia.