An area we explored on the coffee blending business.  Was still very primitive in capabilities at the time.  Some advances are seen here.  How can resulting data be connected to blending or manufacturing data?   In New Scientist…

Nvidia blog writes about deep learning and reinforcement learning with examples.  Once again, I like considering the approach because it can have similarities to real world process.   See previous notes on the topic.

A New Partnership on AI

Newly formed, The Partnership on AI:   (could use a snappier name)

" ... Established to study and formulate best practices on AI technologies, to advance the public’s understanding of AI, and to serve as an open platform for discussion…

The Cost of Cyberattacks Is Less than You Might Think

Interesting research from Sasha Romanosky at RAND: Abstract: In 2013, the US President signed an executive order designed to help secure the nation's critical infrastructure from cyberattacks. As part of that order, he directed…

An Introduction to Terraform

In Part 1 of the Comprehensive Guide to Terraform series, we explained why we picked Terraform as our IAC tool of choice and not Chef, Puppet, Ansible, SaltStack, or CloudFormation. Today, we are releasing Part 2 of the series…

Heat Mapping in Brick and Mortar

An approach we used widely in our laboratory.   A kind of augmented pictured reality to show changes in context that is very effective.  Good to animate in the time dimension.   Discussion.   In Retailwire:

I was reminded of the Ohio Supercomputing Center, and their blog.

Manufacturing modeling and data analytics collaboration: What does the future hold?  By Robert Graybill on Thursday, July 21, 2016 - 8:30am

Facebook has drawn unwanted scrutiny of late over how it counts video viewership and the usefulness of its ad targeting, but a Town Hall panel discussion with…

Integrating data and linking it to real business process is always key:

In this Big Data world, a major goal for businesses is… Today Nvidia announced the general availability of CUDA 8 toolkit for GPU developers. "A crucial goal for CUDA 8 is to provide support for the powerful new Pascal architecture, the first incarnation of which was launched at GTC… As part of the White House’s expansion of the Smart Cities Initiative, the National Science Foundation (NSF) has announced a new program solicitation on Smart and Connected Communities. The following Dear Colleague Letter from… Today at GTC Europe, Nvidia unveiled Xavier, an all-new SoC based on the company's next-gen Volta GPU, which will be the processor in future self-driving cars. According to Huang, the ARM-based Xavier will feature unprecedented…

If you are reading a random textbook on computer science, it is probably going to tell you all about how good sorting algorithms take linearithmic time. To arrive at this result, they count the number of operations. That’s aContinue…

"Our customers are looking for a highly integrated server adapter that solves their pressing need for network performance, efficiency and security, said Gilad Shainer, vice president of marketing, Mellanox Technologies. The Innova…

In this video from LUG 2016 in Australia, Chakravarthy Nagarajan from Intel presents: An Optimized Entry Level Lustre Solution in a Small Form Factor. "Our goal was to provide an entry level Lustre storage solution in a high …

SAP's $2 billion, five-year plan is to to extend its reach into the internet of things.  SAP has bought IoT software developer Plat.One, marking the start of a plan to invest…

A new malware tries to detect if it's running in a virtual machine or sandboxed test environment by looking for signs of normal use and not executing if they're not there. From a news article: A typical test environment consists…

Airline pilots and air traffic controllers are on schedule to switch to text communications at most of the nation's busiest airports by the end of the year, a milestone that holds the potential to reduce delays, prevent errors…

Still skeptical that the typical person will use these.  I can remember testing Glass at a coffee shop and felt we were being closely watched.    But perhaps these are whimsical enough to get by with their use. People raise their…

"We are at an inflection point in the big data era, said Bob Picciano, senior vice president, IBM Analytics. We know that users spend up to 80 percent of their time on data preparation, no matter the task, even when they are …

In IEEE Spectrum,  some remarkable things that drones can now be programmed to do, like fly through half open windows.   Out of UPenn's labs.   Demonstrated in video at the link.  Gives me considerable pause about what our drone…

Registration Opens for HP-CAST at SC16

The post Registration Opens for HP-CAST at SC16 appeared first on insideHPC.

We are seeing that messaging systems will be the place that consumer facing AI will reside, acting as a bot to enhance everyday communications with intelligence.  How good that intelligence will be remains to be seen.  Recall…

2 Computer Scientists in the 2016 MacArthur Fellows

The MacArthur Foundation has announced its 2016 MacArthur Fellows, a list that features 23 individuals who are breaking new ground in areas of public concern, in the arts, and in the sciences. The Fellowship grants each recipient… 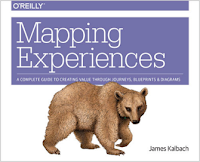 Book on order.   We used mapping, both concept based and journey based, in the enterprise.  We developed many, many maps.  It was always a useful approach. I recommend it for any interaction, with client, employee,customer or… Today D-Wave Systems announced details of its most advanced quantum computing system, featuring a new 2000-qubit processor. The announcement is being made at the companys inaugural users group conference in Santa Fe, New Mexico…