CMap Tools have been significantly updated to version 6.02.  See the site and updates here with lits of use demonstrations.  " .... Cmap software is a result of research conducted at the Florida Institute for Human & MachineSite…

A Conversation on Smart Shelves

This work by Hitachi covers many of the experiments we did with the smartshelf.  Is it smart enough to make a real difference?  Finding new patterns of use may find better ways to use this data.

Will Smart shelves ever be smart…

Laura A. McNamara describes what ethnographers can do about the cultural equivalent of the fundamental attribution error, also known as correspondence bias. “It’s a common category error (at least among the Western psych undergrads…

How many floating-point numbers are in the interval [0,1]?

Most commodity processors support single-precision IEEE 754 floating-point numbers. Though they are ubiquitous, they are often misunderstood. One of my readers left a comment suggesting that picking an integer in [0,232) at random…

How technology gets us hooked 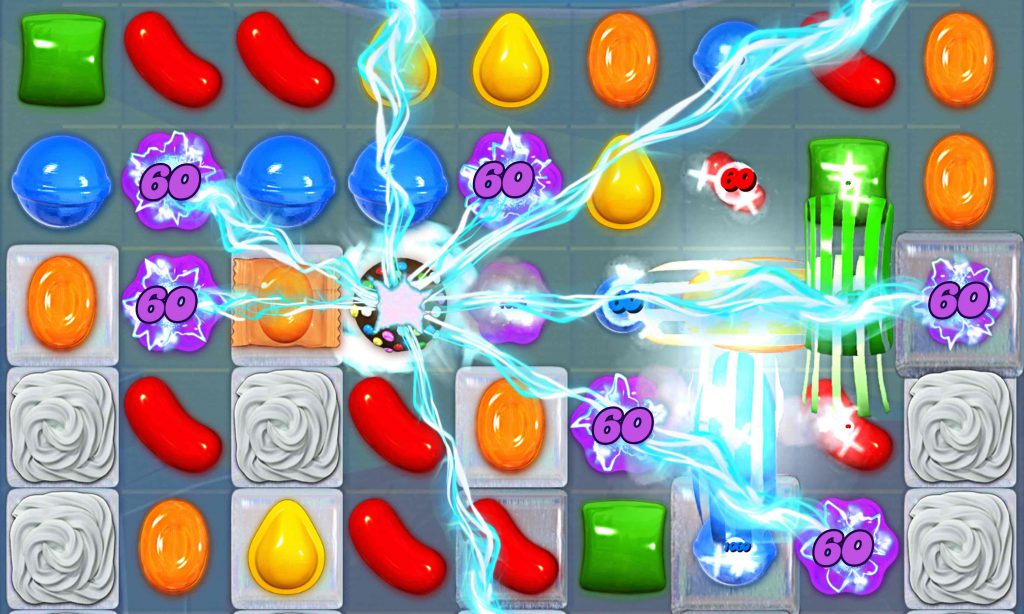 From a young age, humans love to press buttons that light up and make a noise. The thrill of positive feedback lies at the heart of addiction to gambling, games, and social media, reports Adam Alter for The New York Times Magazine…

Today the OpenFabrics Alliance (OFA) published the session abstracts for its 13th Annual OFA Workshop. Sponsored by Intel, the workshop takes place March 27-31 in Austin, Texas. "The workshop will include more than 50 sessions…

In this video from KAUST, Professor Thomas Sterling, Professor of Intelligent Systems Engineering at Indiana University, shares his thoughts on new approaches to energy efficient supercomputing. "Our technical strategy focuses…

Fairly weak view,  Chinese students are still flocking to US Universities.  Startups still booming in the US.  Baidu is a good example,  but fairly singular.

Cisco: How Digital is Disrupting Transportation

Cisco developed this paper to create a starting point for discussions about the digitisation of transportation, and its downstream impact on cities, regions…

Call for Papers: Workshop On Performance and Scalability of Storage Systems (WOPSSS) Exhibit Sales are Booming for SC17

SC17 is still more than eight months away, but the conference has already outsold SC16 in terms of the number of exhibits spaces sold and number of exhibitors. "As HPC’s importance only continues to grow, the most important HPC…

In this AI Podcast, Kris Hammond from Narrative Science explains that while it’s easy to think of AI as cold, unbiased, and objective, it is also very good at repeating our own bias against us. "I am not saying that we should…

Discovering and Modeling the Correct Networks

I much like the 'correct' aspect, often not considered carefully enough.

We all should be concerned about the privacy settings in Windows 10. And we should be glad that the EU has the regulatory authority to do something about it....

Continued integration with voice control.    The number speed of such integrations is remarkable.  Getting difficult to keep track of.  Now lets see more examples beyond audio and entertainment.

With a little more from Smullyan YouTube source Maurice Ashley is an American chess grandmaster. He played for the US Championship in 2003. He coached two youth teams from Harlem to national championships and played himself in…

At a talk last week, the head of US Cyber Command and the NSA Mike Rogers talked about the US buying cyberweapons from arms manufacturers. "In the application of kinetic functionality -- weapons -- we go to the private sector… The European PRACE initiative has published a Best Practices Guide for GPU Computing. "This Best Practice Guide describes GPUs: it includes information on how to get started with programming GPUs, which cannot be used in isolation…

CCC Director Ann Drobnis contributed to this blog post.  Last week we posted a blog about Health in Your Pocket: Diagnosing and Treating Disease with Smartphones, a press briefing that CCC members, Elizabeth (Beth) Mynatt, Shwetak…

HPC and Deep Learning by Baidu

That Baidu opening up here is interesting and read the full article at the link.

Interesting take in Chief Learning Officer.  But I would caution that it should be a gamified simulation of some key aspects of their own organization.  Probably with some competition interaction with other managers.   As we

Katrin Amunts to Present on Decoding the Human Brain at PASC17 Today the PASC17 Conference announced Professor Katrin Amunts plenary presentation will be entitled, “Towards the Decoding of the Human Brain.” Regarded as one of the world’s foremost neuroscientists in the field of brain mapping…

The battle of the assistants extends.  Google Assistant to come to Android phones and then beyond.  In Computerworld:

Rebecca Linke: OK Google, when will my phone get Google Assistant?
Google is bringing Assistant to more Android…

“To achieve good scalability performance on the HPC scientific applications typically involves good understanding of the workload though performing profile analysis, and comparing behaviors of using different hardware which pinpoint…

Call for Papers: International Conference on Parallel Processing in Bristol

The International Conference on Parallel Processing (ICPP 2017) has issued its Call for Papers. The event takes place August 14-17 in Bristol, UK. "Parallel and distributed computing is a central topic in science, engineering…

Good, not too technical piece in DSC, on the basic elements of forecasting ....