Maryland is looking to hire lecturers and my chai  Samir  wants me to post it on my blog. I think he overestimates the power of the blog, however, here is the link. I could use this to launch into a post about either the value…

My favorite topic.  Metadata.  In the end it makes the data work. Hardly babble.  Good piece.  In the CACM.

Metadata defines the shape, the form…

The top scariest possible results Head chopped from source Washington Irving was a famous writer of the early 1800’s who is best known for his short stories. The Legend of Sleepy Hollow was based on the folklore that each Halloween…

How to Avoid Kidnapping Children on Halloween

Defining What Computers Can do, and the Implications

AI and analytic methods have expanded the realm of what computers can do,  just like spreadsheets and word processors expanded computing skills to many office tasks, improving their efficiency, and as a result needing fewer accountants…

The Deus Ex series is set in a dystopian futuristic universe. (It reminds me a bit of Japan’s Ghost in the Shell.) The latest game in the series (Deux Ex: Mankind Divided) is set less than 15 years in the future (2029). In this…

I am teaching a course on leading analytics change at Columbia, and this Cisco blog post provided some interesting information about using methods like Agile.  Worth a look, passing it along to my students.   In the Cisco Blog…

An impressive Chinese device that automatically reads marked cards in order to cheat at poker and other card games.... “When we started the marketplace 3 years ago the service we offered was all manual,” explained Wolfgang Gentzsch who founded UberCloud together with Burak Yenier in 2012. “But already then we were developing our HPC software … "Engineers and scientists can now get access to HPC resources more easily because of the Fortissimo Marketplace, a new platform for brokering high-performance computing (HPC) services. The new cloud-based marketplace offers small…

An attempt to move the voice driven digital assistant, like Amazon's Echo, into the office.  Brings back the 'Easy' marketing angle.   Would seem that Amazon has the opportunity to do this as well.  Implications for procurement… The Intel HPC Developer Conference at SC16 has announced its keynote speakers. Jonathan Cohen and Kai Li from Princeton will present, Going Where Neuroscience and Computer Science Have Not Gone Before. "Taking place Nov. 12-13…

Have Wearables reached a saturation point?

" ... With the success of FitBit and the advent of the Apple Watch, the tech press seems to have taken it as a foregone conclusion that wearable devices are on their way to the same ubiquity…

I have been a long time experimenter with alternative interfaces.  From mice, to feet driven mice, to touch pens, speech and neural interaction and more.  So I was interested when I saw the 'Surface Dial', being used for another…

In this research report, we reveal recent research showing that customers are feeling the need for speed—i.e. they’re looking for more processing cores. Not surprisingly, we found that they’re investing more money in accelerators…

Changing the Face of the SC Conference Series: An Interview with SC16 General Chair John West Over 10,000 members of the worldwide HPC community will reconvene in Salt Lake City this year for SC16. To preview what the conference has in store, we caught up with the SC16 General Chair, John West from TACC. "C is really …

Rich Brueckner | October 31, 2016 at 10:17 AM From The Computing Community Consortium Blog

Turn a Smart Phone Into a Car Key

Another security issue?  In the Verge:

Many times the most followed approach can result in failure.  The reason has more to do with…

Like it says, the basic neural pattern recognition ideas have been around for decades.  But improvements have led to deeper insights.  Are these changing your life?  In the CACM.

Press release – September 21, 2016 Discovering the New American Dream, an Economist Intelligence Unit (EIU) report sponsored by IKEA US shows that the American Dream, which was once outlined by owning a home with a ‘white picket…

The Surface Dial and the Physical/Digital Divide in Interactions

Microsoft announced their new Surface Studio this week. It acts as an all-in-one computer, but with a modular screen that can be re-positioned to act as a drawing tablet. The idea of a computer screen that works as a drawingContinue…

Using Scrum in your research

Agile methods on software development are very popular. The root of these methods must be sought in the on the Agile Manifesto that says: Individuals and interactions over processes and tools Working software over comprehensive…

Dropbox Selective Sync Bug, or How It Took a Whole Evening to Update My Profile Photo

I encountered a pretty bad Dropbox bug today. I'm wondering if anybody else has encountered anything similar, and also wanted to share how I got around it in case it happens to anybody else.

Interesting example, a technique I also experimented with for Retail.  Good because it relates to specific business process, and be can tested in that context.  Easy to understand the idea of a decision tree.  And building or… 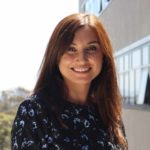 "Unchecked data growth and data sprawl are having a profound impact on life science workflows. As data volumes continue to grow, researchers and IT leaders face increasingly difficult decisions about how to manage this data yet…

Making it Easier for Happy Customers to Buy More

Yes.   Amazon understands this with Prime and Dash and Echo.  In the HBR:   " ... You have great loyalty scores and low customer churn. But sales are flat – or worse, falling. What’s going on? In most cases, this happens because… Xilinx has announced that Baidu, a Chinese language Internet search provider, is utilizing Xilinx FPGAs to accelerate machine learning applications in its datacenters in China. "Acceleration is essential to keep up with the rapidly…

Remember this topic being brought up for a long time, and often claims that is was close to happening.  Have now been involved in the spoken interface for some time, a reliable thought interface sounds very appealing.   Considerable…

Let Your Workers Rebel  by Francesca Gino
Employee engagement is a problem. To fix it, encourage your workers to break rules and be themselves. We’ll show you who does it right and how you can too.