Today the good folks at the Google Compute Platform announced the availability of NVIDIA GPUs in the Cloud for multiple geographies. Cloud GPUs can accelerate workloads such as machine learning training and inference, geophysical… Good piece, which combines process and sensors and IoT. Much more detail at the link. Reminds me comments made here before, about how we used classic process control in similar ways, and tried to link it to AI.  As long as it…

Recently, the National Science Foundation (NSF) has been looking to highlight the value of convergence. The deep integration of multiple disciplines in order to advance scientific discovery and innovation. As a result, they have…

In this RichReport slidecast, Dr. Nick New from Optalysis describes how the company's optical processing technology delivers accelerated performance for FFTs and Bioinformatics. "Our prototype is on track to achieve game-changing… Earlier this week, U.S. Secretary of Energy Rick Perry announced a new high-performance computing initiative that will help U.S. industry accelerate the development of new or improved materials for use in severe environments.…

"For those that develop HPC applications, there are usually two main areas that must be considered. The first is the translation of the algorithm, whether simulation based, physics based or pure research into the code that a …

Fascinating development reported in IEEE Spectrum.  Have long been a minor student of the physics of refrigeration,  will this development be practical for cooling or even refrigeration?   Also a mention of SRI, who we worked…

The ISO has decided not to approve two NSA-designed block encryption algorithms: Speck and Simon. It's because the NSA is not trusted to put security ahead of surveillance: A number of them voiced their distrust in emails to…

A natural step forward, and a place to connect beyond entertainment.  Selection, design, installation, training, security ....  services come into play with devices and software.

Machines Learn to be Curious

In Quanta.  Machines Learn to be Curious.
The University of California, Berkeley's Pulkit Agrawal is embedding curiosity, or intrinsic motivation, into artificial… Today Cray announced that the Yokohama City University in Japan has put a Cray XC50-AC supercomputer into production. Located in the University’s Advanced Medical Research Center, the new Cray supercomputer will power computational…

When AI Joins Your Meeting
By Rowan Trollope

" ... In fact, Coca Cola was one of the first globally-recognized brands outside of the IT market to speak about Big Data…

Optalysys, a start-up pioneering the development of light-speed optical coprocessors, today announced the company raised 3.95 million U.S. dollars from angel investors. Optalysys will use the funds to manufacture the first commercially…

Today Altair announced a multi-year original equipment manufacturing (OEM) agreement with HPE. This agreement represents an expansion of the long-term partnership between HPE and SGI (whom HPE recently acquired). HPE will now… Today Preferred Networks announced the launch of a private supercomputer designed to facilitate research and development of deep learning, including autonomous driving and cancer diagnosis. The new 4.7 Petaflop machine is one…

The Department of Energy’s Exascale Computing Project (ECP) has named Doug Kothe as its new director effective October 1. "Doug’s credentials in this area and familiarity with every aspect of the ECP make him the ideal person…

This company called Density was brought back to my attention for possible analysis.  we did this kind of analysis in the retail aisle.  (Their site at Density.io  no longer exists, leaving this here to state the problem)

Ultimately there will be non obtrusive, wearable communications devices in common use.

Report: Amazon is working on smart glasses powered by Alexa   in FastCompany

Amazon’s first wearable would tether wirelessly to a smartphone…

Companies are beginning to use digital factories as incubators of more agile ways of working, often filtering the best attributes of the factory culture back to the larger organization.

What the NSA Collects via 702

New York Times reporter Charlie Savage writes about some bad statistics we're all using: Among surveillance legal policy specialists, it is common to cite a set of statistics from an October 2011 opinion by Judge John Bates,…

What is drama therapy? Kathryn Farley obtained her PhD from Northwestern University in performance studies in 2007. After almost a decade working in that area, she has just started a Master’s program at New York University in… 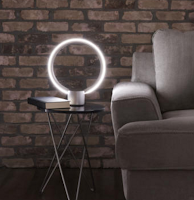 Had heard of this late last year, it is here:

GE's Sol lamp is the world's first Alexa-powered desk lamp, and it's brilliant  ... "

Amazon's Alexa voice assistant can no longer be contained to the company's Echo devices.

From smartwatches… Franz Dill | September 19, 2017 at 06:15 PM From The Computing Community Consortium Blog

Intel offers up AI Developer Resources in the Cloud Researchers in China are busy upgrading the MilkyWay 2 (Tianhe-2) system to nearly 95 Petaflops (peak). This should nearly double the performance of the system, which is currently ranked at #2 on TOP500 with 33.86 Petaflops on…

My team and I were involved in the last big hype cycle of AI.  We lost a large chunk of investment in the space.   So the question is a reasonable one.   What should we do?  How should we invest?

There have been very big advances…

I am a long time experimenter with the concept of AR in Business.  We experimented with very early (1980s) applications with specialized hardware.  For things like manufacturing line maintenance. Packaging analysis.   Applications…