Why Intel Omni-Path is Growing Fast on the TOP500 In this video from SC16, Joe Yaworsky describes how Intel Omni Path is gaining traction on the TOP500. As the interconnect for the Intel Scalable System Framework, Omni-Path is focused on delivering the best possible application…

This oversimplifies the task of using a capability like IBM/Watson, but is still a good introduction. Non technical, suggestive as to the possibilities.   Also an excellent list of companies using Watson.  Pointers to more detail…

Blockchain for Tracking the Supply Chain

More depth on this effort.   Reliable tracking and trransparency creates potential data for many kinds of analytics.   And simply knowing where things are to recall them.

Surprising no one who has been following this sort of thing, headphones can be used as microphones....

Police officers are worried they lack the right powers and resources to properly investigate whether a mobile phone was being used by a driver at the time of a crash, a new study has found.

I fully completed and passed my first MOOC, Fundamentals of Music Theory, a Coursera course out of the University of Edinburgh. I played the tuba in college and grad school but really just practiced scales and (usually) hit the…

Where’s Wally? In Search of Citizen Perspectives on the Smart City

Where’s Wally? In Search of Citizen Perspectives on the Smart City by Vanessa Thomas, Ding Wang and Louise Mullagh of the HighWire Centre for Doctoral Training of Lancaster University and Nick Dunn of ImaginationLancaster Sustainability…

Most expensive destroyer in Navy history breaks down

The most expensive destroyer ever built for the Navy suffered an engineering problem in the Panama Canal and had to be towed to port.

Vice Motherboard has an interesting article about governments using social-media platforms for propaganda and surveillance, and the companies that are supporting this....

Nicely done, a number of simple improvement ideas, which are usually the best ... In this video from SC16, Bill Mannel from Hewlett Packard Enterprise describes how the company is gaining momentum in the HPC space as the leading vendor on the TOP500. With the recent acquisition of SGI, HPE is moving forward…

Always an interesting challenge.  Note the mention of Mechanical Turk, a method we examined.

In Techrepublic:
"  ... Big data can reveal inaccurate stereotypes on Twitter, according to UPenn study ... What can you guess about a…

When Computers Become Smarter than Humans

Knowledge@Wharton looks at the often posed question.  The answer is, they already are.  First they did math better, then searched better, connected to people better, played chess better, stored data better  ...     But these

GHC16 / What Are Tech Tools Doing That The Best Diversity Initiatives Aren't?

How can software help companies recruit and hire more diversely? Erica Joy Baker, Laura I. Gomez, Stephanie Lampkin, Liz Kofman, and Aline Lerner tackled this question on a panel at Grace Hopper this year. Most came from the 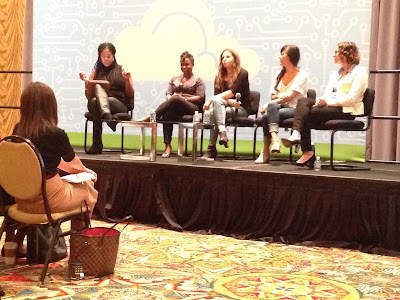 Scientists have taken the closest look yet at molecule-sized machinery called the human preinitiation complex. It basically opens up DNA so that genes can be copied and turned into proteins. The science team formed from Northwestern…

"Security for the High-Risk User" "Atos is incredibly proud to see the concrete results of the Tera1000 project," said Philippe Vannier, CTO in the Atos Group. "Today we are taking a major step on the road towards exaflops. Undoubtedly, the interconnect technologies…

Rescale Adds HPC and AI Capabilities via the IBM Cloud "Most of the IT innovation that is happening today is with a cloud-first model,” said Joris Poort, co-founder and CEO of Rescale. “We’re building a platform that can satisfy and accelerate the ideas of the world’s top scientists…

Video: One Stop Systems Takes GPU Density to the Next Level at SC16 A workflow to support genomic sequencing requires a collaborative effort between many research groups and a process from initial sampling to final analysis. Learn the 4 steps involved in pre-processing.

Food data at your fingertips

EPFL is launching openfood.ch, a website that provides the public with data on more than 14,000 food products sold in Switzerland. The website's data set will be a real gold mine when it comes to developing applications and innovative…

We aimed to use public real-time webcam images to gauge traffic.   Google maps can now provide some of that same type of data, perhaps to estimate demand of products and resource use. Can see this being very useful in combination…

Not unlike digital assistants, but usually more primitive to date.  Usually act in a conversational mode in an existing stream of interaction.  Use AI, natural language anlysis and pattern analysis to link to knowledge in a given…

Process Innovation with Data in a Digital World

Have always thought in terms of process.  By doing that you can think not only what a process produces in terms of value, but also in terms of data that can be used for further examination and improvement of how things get done…

Should I tell HS students that if they do well I'll write them a letter OR do I want them to ...


I teach a 3-week intense course for HS students on cryptography during the summer. Some of the students are very good, interested, and working hard. I also give out some extra credit assignments that some of them do.  For such…

Allrecipes launches a 60K recipe file skill for the Amazon Echo, and other Alexa driven systems and devices.    Great idea.  Certainly useful for potential hands-free activity of cooking.  I have yet to look at it.

The test is now over, and rollout is starting to all 14K US stores.   Benefits seen were lower perceived wait times,  higher average order value,  about $1 per order.   More and better interaction with employees.   No mention… Today the Asia Supercomputer Community announced that the world's fastest supercomputer, Sunway TaihuLight, will be used by students in the upcoming 2017 ASC Student Supercomputer Challenge. "The teams will design and build a… In this video from SC16, Paul Messina and Stephen Lee describe the mission, status, and recent milestones of the Exascale Computing Project. Now entering its second year, the ECP recently announced that it has selected four co…