How Can Open Source Become User-Centric?

Including design and UX in a true community project is a challenging matter of balance because of the motivational model behind open source projects.

According to The Cathedral and the Bazaar, the key motivation for participants… webmink | August 27, 2017 at 10:55 AM From The Eponymous Pickle

Recall using just such tools a long time ago,  to test out simulations of software in operational conditions, now there are open source tools, produced by Facebook, which manages some of the most used software on earth.  Open…

Interesting example of the delivery problem.

At Instacart, we deliver a lot of groceries. By the end of next year, 80% of American households will

Was brought to my attention through its use as an operating system for phones, watches and appliances.    Best known for its use by Samsung as a standard OS.  I am told that although it is framed as open source,  Samsung attaches…

Despite my less than stellar interaction with Samsung appliances, we saw that they were likely to be champions in the Smart Home through sheer presence in complex devices.  Saw a demo of their Tizen systems in our own innovation…

Executing Intelligence at the Edge

You would like to get the execution of deep learning neural nets to the edge of the network.  It is ultimately where we want to execute learned knowledge.    Training them has evolved to new efficiencies by using adapted net

"Modern HPC systems do some things very similar to ordinary IT computing, but they also have some significant differences. Two key security challenges are the notions that traditional security solutions often are not effective…

On the Hype of AI

Been rare lately that I have seen the word 'Hype' in an article on AI.   Oliver Schabenberger Executive Vice President & Chief Technology Officer  of SAS makes some reasonable and non-technical comments on the topic.   We continue…

Preliminary Agenda Posted for HP-CAST at SC17 in Denver HPE has posted the preliminary preliminary agenda for HP-CAST at SC17 in Denver. Now open for registration, the event takes place Nov. 10-11 at the Grand Hyatt hotel.

"The High Performance Consortium for Advanced Scientific and…

Hop_0: Traceroute is a wonderful computer networking diagnostic tool. This article will attempt a traceroute script written in Python, including a customization that can identify just the routers within your private network (from…

" ... post by Mic Farris. Mic is a Decision Science & Analytics Leader at CenturyLink. Two of the biggest buzzwords in our industry are “big data” and “data science”. Big Data…

Precisely what we proposed at one time internally, but the tech of the time did not permit it.  Primary issues was battery life, size and sensor capability.  Linking to RFID was attractive.   Tasking these swarms to look for

Paleontologists have discovered a prehistoric toothless dolphin that fed by vacuuming up squid: There actually are modern odontocetes that don't really use their teeth either. Male beaked whales, for example, usually have one…

Find the Best Way to Deliver These

Its an old problem.   It was one of the first problem types I worked on at the enterprise.   It has been declared solved a number of times, but some other little complexities are always being added,  just to make it difficult…

Good piece here,  the architecture is key, and well written APIs can make that happen.

How will APIs change the role of data scientists?
By Gregor Herrmann on Hidden Insights   in SAS.com

Note the use of a classic recommendation approach.  Does this embody creativity as well?  Would like to see this compared direct to human design and measures like sales.

How well we know this.   See the tags on our approaches.    Chatbots can make it happen.  But carefully applied.

Artificial intelligence (AI) is reinventing the creative landscape for marketers. One big leap: Brands are no longer…

Dr. Erwin Laure from the PDC Center for HPC in Sweden presented this talk at the 4th Human Brain Project School in Austria. The 4th HBP School offered a comprehensive program covering all aspects of software, hardware, simulation…

How is Amazon Changing Whole Foods?

Announcements not very remarkable, would like to see more technology in store,  that supports the idea of fresh,  integration of ingredients, cooking and innovation. How about robotic virtual and physical assembly of fresh recipes…

In this video from the Heroes of Deep Learning series, Andrew Ng interviews Pieter Abbeel from UC Berkeley. "Work in Artificial Intelligence in the EECS department at Berkeley involves foundational research in core areas of knowledge…

Today the National Science Foundation (NSF) announced $17.7 million in funding for 12 Transdisciplinary Research in Principles of Data Science (TRIPODS) projects, which will bring together the statistics, mathematics and theoretical…

Even though SC17 is still more than two months away, this year’s Exhibition is already setting records.


We are excited to report that we have already smashed the record for both net square feet of exhibit space sold as well as… staff | August 25, 2017 at 10:26 AM From Schneier on Security

Military Robots as a Nature Analog

This very interesting essay looks at the future of military robotics and finds many analogs in nature: Imagine a low-cost drone with the range of a Canada goose, a bird that can cover 1,500 miles in a single day at an average…

Here is Pentagram partner and designer Natasha Jen‘s definition of design thinking: Design thinking packages a designer’s way of working for a non-designer audience by codifying their processes into a prescriptive, step-by-step… 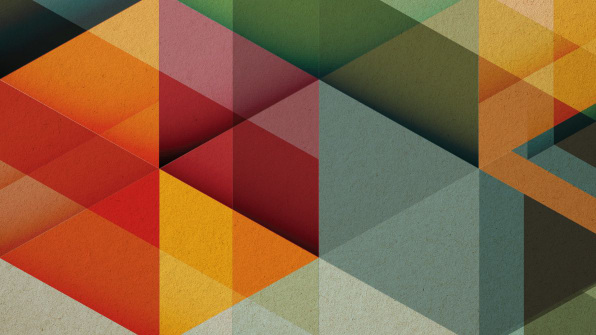 We live in a massively complex, intricately interconnected global system. And it’s increasingly impossible to be designers (or human beings) without taking into account how we affect and are, in turn, affected by all the moving…

Should we delight the customer?

Growing the service design industry requires more than simply educating the next generation of service designers. Business students can also benefit from learning how service design can be used to innovate and address complex…

Discussion in Retailwire.     This remains a most important question.  The results of forecasts are driven by context, and that is always changing.    Even with large quantities of data.  Is inept forecasting holding back online…