Always like the method because it directly integrates visualization and analytical methods.   Though most real data examples are difficult to understand directly from the visuals because of their density.    A good overview of…

This is interesting research: "Keystroke Recognition Using WiFi Signals." Basically, the user's hand positions as they type distorts the Wi-Fi signal in predictable ways. Abstract: Keystroke privacy is critical for ensuring the… 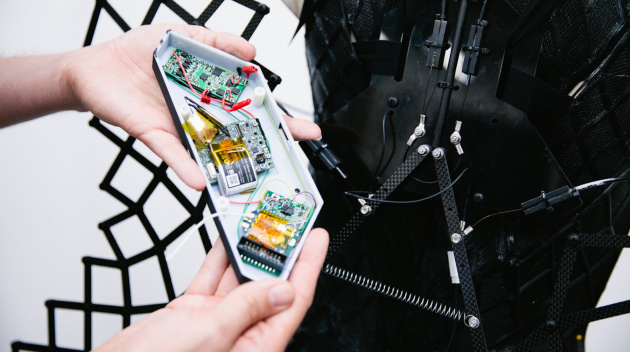 A prominent player in the philosophy of computer science includes the two disciplines in its title.

Melinda, you’re right: it should not have taken an experience like this to teach me to be more…

careful. That said, I met the company through someone I trust, and I did spend some time with the team before becoming an advisor.

Have been involved in several era's that pushed the idea of AI.  So am interested in how it is being positioned today.  I also get inquiries from past and current executives and decision makers seeking to understand how it works…

This morning, I woke up to find out that a job-matching company I’d been advising, WrkRiot (formerly known as 1for.one and apparently also…

Last week, Apple issued a critical security patch for the iPhone: iOS 9.3.5. The incredible story is that this patch is the result of investigative work by Citizen Lab, which uncovered a zero-day exploit being used by the UAE…

Simulating the Earliest Generations of Galaxies with Enzo and Blue Waters

"Galaxies are complex—many physical processes operate simultaneously, and over a huge range of scales in space and time. As a result, accurately modeling the formation and evolution of galaxies over the lifetime of the universe…

In the HBR, looking at elements of emotion vs customer satisfaction.An Emotional Connection Matters More than Customer Satisfactionby Alan Zorfas, Daniel Leemon" ... Our research across hundreds of brands in dozens of categories…

The Disruption of Bots.

Been continuing a look at the practical use  of bots.  Here the history of chatbots, types of bots, and why they can be so disruptive.

"Today, many supercomputing sites spend considerable effort aggregating a large suite of open-source projects on top of their chosen base Linux distribution in order to provide a capable HPC environment for their users. They …

Coming in the second half of 2016: The HPE Apollo 6500 System provides the tools and the confidence to deliver high performance computing (HPC) innovation. The system consists of three key elements: The HPE ProLiant XL270 Gen9…

In this podcast, the Radio Free HPC team looks at why it’s so difficult for new processor architectures to gain traction in HPC and the datacenter. Plus, we introduce a new regular feature for our show: The Catch of the Week.

… Rich Brueckner | August 29, 2016 at 10:49 AM From Computer Science Teacher - Thoughts and Information From Alfred Thompson

Classes started at my school last week. Whoa! Getting back in the groove is hard. But I have great students and fun classes so it will be ok. I spent the weekend in New Hampshire’s White Mountains which is why today’s post is…

Innovation as a Fringe Activity

What do these people have in common: Marconi, Alexander Graham Bell, and the Steves Wozniak and Jobs? At least one commonality is that approximately nobody listened to them or cared about what they were doing until there wasContinue…

This week Experientia joins our colleagues and peers in Minneapolis at EPIC 2016, the premier international gathering on ethnography and design in industry. The theme for the conference this year is Pathmaking, emphasizing the…

Apple Patents Collecting Biometric Information Based on Unauthorized Device Use

Apple received a patent earlier this year on collecting biometric information of an unauthorized device user. The obvious application is taking a copy of the fingerprint and photo of someone using as stolen smartphone. Note that…

Getting Started with Blockchain

A number of introductory articles on Bitcoin and Blockchain.  Important concepts to understand in a number of domains.

Unexpected for a company like Intel, but they are certainly a provider of relevant tech.   Can expect some interesting and practical technology development.Intel unveils a ready-to-fly drone, the Aero, to win over developers…

Corey Weiss may not be adept at body language or social cues, but he knows software.

In MIT Sloan:  A reminder of the problems of building centralized systems.  And a good definition of the Black Swan:   " ...   Taleb wrote that black-swan events have three characteristics: “rarity, extreme impact, and retrospective…

Students Learn Supercomputing at the Summer of HPC in Barcelona

Exploring the Uncanny Valley of Bots

Have long been a student and practitioner of engineering how people react to intelligent machines. And here we mean by a depth beyond just posing and answering questions, but how people actually engage, trust and build some relationship…

A tightly curated list of what has caught my attention lately: New Yorker on AI: "A lot of what people are calling 'artificial intelligence' is really data analytics -- in other words, business as usual. If the hype leaves[1]…

SC16 has extended the application deadline for its Impact Showcase, a forum designed to show attendees why HPC Matters in the real world. Submissions are now due Sept. 15.