Recent Topics in the IBTA… and a Look Ahead Bill Magro from IBTA gave this talk at the OpenFabrics Workshop. "This talk discusses some recent activities in the InfiniBand Trade Association including recent specification updates. It also provides a glimpse into the future…

Found this intriguing because it gave some evidence for a fringe-standardness of some basic components of the smart home.  Been doing some very incremental updating of my smart home.   This stuff is still too expensive for the…

None of us do this well.  Here a Poker Players view,  not perhaps always the best context, from Inc:

How to Get Better At Taking Risks. According to a Former Pro-Poker Player
It's time to start playing to win, instead of playing…

Good general piece in InfoQ about how you need to get the information right to do something that looks like AI.  I add that you also need to get the structure of process you are claiming to do intelligently.  Process assurance…

Open Data Science in the Enterprise

From O'Reilly:
5 tips for embracing open data science in the enterprise
Transform the way you approach analytics. By Alice LaPlante
Download the free ebook Breaking Data Science Open, a new ebook by leading figures at Continuum… Franz Dill | March 29, 2017 at 10:23 PM From The Eponymous Pickle

The VrFocus web site is redesigned, does good coverage of the topic of Virtual Reality.  Commercial and otherwise.

Dan Hill (Associate Director, Arup, London) reflects in a long essay on the meaning of identity in the face of Brexit and Trump and what that implies for strategic design, service design and the infrastructure of everyday life… "Since the NICE acquisition by Amazon Web Services (AWS), many customers asked us how to make the HPC experience in the Cloud as simple as the one they have on premises, while still leveraging the elasticity and flexibility that…

Pavel Shamis from ARM Research presented this talk at the OpenFabrics Workshop. "With the emerging availability server platforms based on ARM CPU architecture, it is important to understand ARM integrates with RDMA hardware and…

Today Rigetti Computing, a leading quantum computing start-up, announced it has raised $64 million in Series A and B funding. "Quantum computing will enable people to tackle a whole new set of problems that were previously unsolvable…

In previous articles (1 and 2) here on insideHPC, James Reinders described “Intel Xeon Phi processor Programming in a Nutshell” for Intel’s 72-core processor. In this special guest feature, he discusses cluster modes and the … "Grid Engine 8.5’s significant performance improvement for submitting jobs and reduced scheduling times will have a profound impact to our customers’ bottom line as they can now get more work done in the same amount of time. …

Last month at the RSA Conference, I saw a lot of companies selling security incident response automation. Their promise was to replace people with computers ­-- sometimes with the addition of machine learning or other artificial…

Gender Bias: It Is Worse Than You Think

q Science meets bias and diversity Deborah Belle is a psychology professor at Boston University (BU) who is interested in gender differences in social behavior. She has reported a shocking result about bias. Today I thought I…

In the previous post, we discussed query expansion as a way to increase recall. In this post we’ll discuss the other major technique for increasing recall: query relaxation.

Query relaxation feels like the opposite of query expansion… Daniel Tunkelang | March 28, 2017 at 03:31 PM From The Eponymous Pickle

Putting the AI on the edge, that is in the device itself rather than the cloud.  In IEEE Spectrum:

Nvidia wants AI to Get Out of the Cloud and Into a Camera, Drone, or Other Gadget Near You  By Tekla S. Perry ...   Makes sense…

I was reminded of IFTTT  new Open Platform. and also now with analytics.

Integrate quickly with hundreds of services
It’s easy to put familiar brands and new experiences in front of your users, from the latest bots and IoT, to…

Take a look at these two equations. I found the first one on Facebook. The second is my first attempt at rewriting it for the computer. What is the answer?

Well the first answer is 1. The second answer is 9. How is that possible… Alfred Thompson | March 28, 2017 at 01:53 PM From The Computing Community Consortium Blog

The 18th International Symposium on Robotics Research (ISRR ‘17) has released a call for papers. ISRR ‘17, will take place December 11-14 in Puerto Varas, Chile. The symposium is seeking papers that offer new ideas and directions…

A look in the Evernote blog at how work can be done in an increasingly distracted world.  I like the term 'deep work' that they use.  How should it be measured?

Call for Papers: iRODS User Group in The Netherlands

Users of the integrated iRODS Rule Oriented Data System from around the globe will gather at the iRODS User Group meeting to discuss iRODS-enabled applications, discoveries, and technologies. The event takes place June 13-15 …

Today Argonne announced that computer scientist Valerie Taylor has been appointed as the next director of the Mathematics and Computer Science (MCS) division at Argonne National Laboratory, effective July 3, 2017. “Valerie brings…

staff | March 28, 2017 at 09:59 AM From Computer Science Teacher - Thoughts and Information From Alfred Thompson 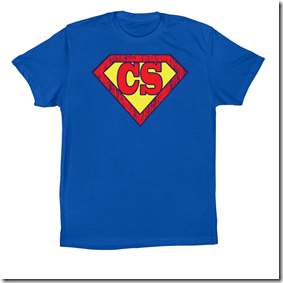 “Supermicro RSD makes it easy for companies of any size to build cloud infrastructure that until now are limited to leading large public and private cloud providers,” said Charles Liang, President and CEO of Supermicro. “The …