From My Biased Coin

I hadn't seen the news about Yale renaming Calhoun College to Hopper College;  it just popped into one of my newslines here in the New York times.  I guess I hadn't seen that it was in the works months and months ago, as described…

Generally speaking I am a roll my own sort of teacher when it comes to curriculum. This year that is a bit overwhelming because I am teaching four different courses. Now two of them are easy. I have been teaching our freshmen…

10 Things Everyone Should Know About Machine Learning

As someone who often finds himself explaining machine learning to non-experts, I offer the following list as a public service announcement.

CCC and MForesight Launch Event for Cybersecurity for Manufacturers Report

As I see this, it gets closer to being able to simulate operationally services you are looking to improve in Map-R.  Via event driven services.   Correct?  And thus addressing the complexity of process, and measuring results.…

A Fridge that will Bring you a Beer

Notably a Panasonic concept device that wont be available for 'a few years'.  Points out that the complexity of navigation, even in the realm of a non-custom built smart home, is being addressed.  Also voice control is becoming…

Today Atos announced it has signed a channel partner agreement with OCF DATA Limited to resell Atos Bullion servers. OCF will sell the Bullion devices to higher education, manufacturing, and utilities sectors in the UK. "This…

Researchers at LANL are using Machine Learning to predict earthquakes. “The novelty of our work is the use of machine learning to discover and understand new physics of failure, through examination of the recorded auditory signal…

Don't remember ever hearing of Chaos Engineering, but had done some engineering in Chaotic, non predictable situations.  It should be noted that this is not about chaos theory, in a mathematical sense, but rather testing andNora…

Researchers from across the University of Exeter can now benefit from a new HPC machine - Isca - that was configured and integrated by OCF to give the university a larger capacity for computational research. "We’ve seen in the…

Today Univa announced the open source availability of the Universal Resource Broker (URB) adapter for Kubernetes. This new URB adapter will be of interest for organizations running Apache Mesos frameworks that are looking to …

10 Ways to Use Chatbots for Marketing and Sales

Chatbots have evolved significantly in recent…

In this podcast, the Radio Free HPC team looks at Dan’s recent talk on High Performance Interconnects. "When it comes to choosing an interconnect for your HPC cluster, what is the best way to go? Is offloading better than onloading…

Makes sense, given how much LG has done with advanced appliances, we examined a number of these.

How Businesses Succeed with AI: Survey of Execs.

In the HBR via O'Reilly ... Good thoughts here.  Much more at the link.

The buzz over artificial intelligence (AI)

Recall reading about Baxter in the past, as a 'User Friendly' robot worker.  Back in a 2012 post. Easier to work with, to train, to learn from example?  See my tags from previous posts.   How successful has the idea been?   Here…

Daniel Cooper looks at appliances in the smart home.  We can dole out music and light relatively easily as on demand and intelligent information activity.  I have a dozen such devices in my home. But the Washers, Dryers, Frigs… The Barcelona Supercomputing Center will host the ACM Europe Conference this week, bringing together over 300 computer scientists from around the world. With main themes centering on Cybersecurity and High Performance Computing…

Challenges and Opportunities for HPC Interconnects and MPI

"This talk will reflect on prior analysis of the challenges facing high-performance interconnect technologies intended to support extreme-scale scientific computing systems, how some of these challenges have been addressed, and…

Buy with a Smile

KFC Just Started Letting Customers Pay In a Way That Could Change Everything
What has happened to fast food lately?

Never, though, has one of the monolithic fast food brands tried what this KFC…

Makes sense to unify multiple methods,   and though not mentioned here, include logical decision processes as well.

Research paper: "Automated Crowdturfing Attacks and Defenses in Online Review Systems." Abstract: Malicious crowdsourcing forums are gaining traction as sources of spreading misinformation online, but are limited by the costs…

Bruce Schneier | September 4, 2017 at 08:08 AM From Computer Science Teacher - Thoughts and Information From Alfred Thompson

SAVE THE DATE! CSTA2018 Omaha, Nebraska

Dates for the next CSTA Annual conference have been announced. Put it in your calendar and start making plans now. Get your request for professional development funds into your school/district now and beat the rush. More information…

Steering Wheel of the Future

Jaguar's steering wheel of the future revolves around AI

It also travels with you from car to car. 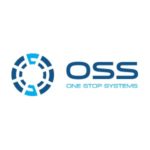 Today One Stop Systems announced that the company ranks in the top half of the Inc. 5000 list of Fastest Growing Private Companies. This is the 7th time OSS has been on the Inc. 5000 list. Of the tens of thousands of companies…

Interesting new ideas from Sharp of Japan, but surprising nothing 'smart' being shown.  Sony's Google Assistant Speaker was featured otherwise.   Other than that.  saw a minimum of smart being featured.   Tell me otherwise.

The CSTA  is seeking an Executive Director. A link to the full position profile with the official details is here. That’s the official list of requirements. I have a bit of a wish list myself. It’s an ideal and I don’t know that…

HPC vs. Cloud – The Return on Investment in eResearch

Alan Williams from NCI presented this talk at the HPC Advisory Council Australia Conference. "Explore the services and technology at the National Computational Infrastructure (NCI), based in Canberra, Australia, with Allan Williams…