Saw Clips introduced this week.  An interesting application of an always on,  AI driven camera.  With shades of Life-Logging, but with better ways to make sense of all the imagery gathered.  Creepy, I don't know since we have…

In the wake of the Equifax break, I've heard calls to replace Social Security numbers. Steve Bellovin explains why this is hard....

The National Science Foundation (NSF) is now accepting nominations for the 2018 Alan T. Waterman Award. This annual award recognizes an outstanding young researcher in any field of science or engineering supported by the National…

Is the Textbook Market doomed?

I always tell my class that its OKAY if they don't have the latest edition of the textbook, and if they can find it a  cheap, an earlier edition (often on Amazon, sometimes on e-bay), that's fine.  A while back at
…

We spent some time working with W Brian Arthur's thoughts about modeling economies and their outcomes at the Santa Fe Institute.   Good to take another look.

Where is technology taking the economy?  By W. Brian Arthur in McKinsey…

Sunita Chandrasekaran and Guido Juckeland have published a new book on Programming with OpenACC. "Scientists and technical professionals can use OpenACC to leverage the immense power of modern GPUs without the complexity traditionally…

Marius Stan from Argonne gave this talk at the 2017 Argonne Training Program on Extreme-Scale Computing. Famous for his part-time acting role on the Breaking Bad TV show, Marius Stan is a physicist and a chemist interested in…

Rich Brueckner | October 5, 2017 at 11:42 AM From ACM-W supporting, celebrating and advocating for Women in Computing

New deadline for our first Networking Award grants for the year! Apply now for funding ($300 max) to support existing ACM-W chapters networking with other chapters … We are extending the deadline for the first round of this academic…

Internet2 will host its annual technical meeting, the Technology Exchange, for the research and education community from October 15-18 in San Francisco. The event will convene over 650 attendees from more than 250 institutions…

Translation in Your Ear

Saw this demonstrated yesterday.  Very impressive.   Still not completely automatic, transparent, though that may not be far away.   For the omni traveler certainly,  but perhaps not yet for technically or contextually difficult…

ISC 2018 has issued their Call for Research Papers. "Submissions are now open for the ISC 2018 conference research paper sessions, which aim to provide first-class opportunities for engineers and scientists in academia, industry…

Let there be Better LED Light

The Math That Promises to Make the World Brighter     Kevin Hartnett,  Senior Writer in Quanta.

The color of LED lights is controlled by a clumsy process. A new mathematical discovery may make it easier for us to get the hues

The product design process has undergone a significant transformation with the availability of supercomputing power at traditional workstation prices. With over 100 threads available to an application in compact 2 socket servers…

MichaelS | October 5, 2017 at 10:09 AM From Computer Science Teacher - Thoughts and Information From Alfred Thompson 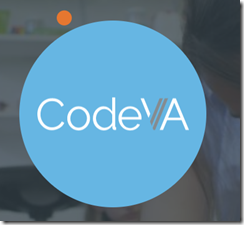 Rebecca Dovi is a ball of energy. She is full of ideas and always doing cool things. When I last interviewed her (http://blog.acthompson.net/2013/08/cs-educator-interview-rebecca-dovi.html)she was a classroom teacher. Today she…

Out of the fall garden and back to the possibilities of pattern recognition.  Back to my alternate botanic tech universe.  Penn State work using deep learning to identifying plant disease.  Great example:

Your Data is Being Manipulated

Excerpt from “The Anatomy of a Large-Scale Hypertextual Web Search Engine,” Sergey Brin and Larry Page (April 1998) What follows is the crib from my keynote at the 2017 Strata Data Conference in New York City. Full video can…

A Field Farmed only by Drones

The experience of the Hands Free Hectare team suggests that drone agriculture offers some substantial benefits. ...

Across the United Kingdom, the last of the spring barley has been brought in from…

In this video from SC17, researchers discuss the role of HPC in the Nobel Prize-winning discovery of gravitational waves, originally theorized 100 years ago by Albert Einstein in his general theory of relativity. "We are only…

Have followed D-Wave systems for years.   Quite a good and detailed piece about what they are doing, their clients and direction.

Is Quantum Computing for Real?
An Intervew with Catherine McGeoch of D-Wave Systems ...
Ubiquity,…

A $1-million upgrade to Clemson University’s Palmetto Cluster is expected to help researchers quicken the pace of scientific discovery and technological innovation in a broad range of fields, from developing new medicines to …

Personal digital assistants have taken the world by storm. We have Siri and Google Assistant on our phones, and many of us have Amazon Echo and Google Home, as well. Voice user interfaces,But… Daniel Tunkelang | October 4, 2017 at 11:21 AM From insideHPC

Hal Gerber from Shiloh Industries gave this talk at the HPC User Forum in Milwaukee. "Shiloh is the global leader in high-integrity, high-vacuum, high-pressure die castings, providing high ductility in aluminum and magnesium.… Today Argonne announced that the ALCF Data Science Program (ADSP) has awarded computing time to four new projects, bringing the total number of ADSP projects for 2017-2018 to eight. All four of the program’s inaugural projects…

Ubiquity Blog from the ACM

New blog by the ACM.

The digitally connected world has become a large, swirling sea of information stripped of context. We help our readers make sense of it, find meaning in it, learn what to trust, and speculate on our future…

Researchers are using new techniques with HPC to learn more about how the West Nile virus replicates inside the brain. "Over several years, Demeler has developed analysis software for experiments performed with analytical ultracentrifuges…

Microsoft Is Going All-in on Virtual and Augmented Reality
Hardware partnerships, content, and even plans for social…

Have worked with companies that set simple alarms to warn them of renewal dates and expiration of contracts.  This takes it much further.  Good simplified view.

What Are Smart Contracts? They Could Help Optimize Your Business …

Reuters is reporting that HP Enterprise gave the Russians a copy of the ArcSight source code. The article highlights that ArcSight is used by the Pentagon to protect classified networks, but the security risks are much broader…