Has been some time since the Facebook assistant has been mentioned, but it reemerges as a capability providing suggestions.   Trend continues among IT giants as a way to engage.  No review here, awaiting a closer look.

Another simple and cheap business intelligence tool, this on by Amazon.  With links to other related system reviews.

Thanks for the kind words!

Thanks for the kind words!

Stack Overflow and Quora certainly have reputation systems, and I love both sites. But I don’t feel either of them is focusing on being a hiring platform.

Stack Overflow is a great source of content,I… Daniel Tunkelang | April 6, 2017 at 02:32 PM From The Eponymous Pickle

Augmented reality and the supply chain.  In the WSJ.  Also see my recent post on Virtualitics. E8 Storage has selected NVMe solid-state drives from HGST as the next-generation storage vendor pushes the boundaries of performance for the enterprise and software-defined cloud. According to Western Digital, Embedding HGST …

I was asked a while back what kind of information was being gathered and stored by the modern operating system.   And to what degree can that information be acquired by third parties?  What security issues occur?  I happened,… The European PRACE initiative has issued its 15th Call for Proposals for Project Access, the second Call under the PRACE 2 program. "Applications for Project Access must use codes that have been previously tested and that demonstrate…

We worked with Sands a number of years ago, they pass this along:

Sands Research is a leader in EEG and Eye-tracking studies in advertising, market research and product design, research & development.  www.sandsresearch.com

How SAP and Accenture work together to provide analytical services.   Their overview site.

In InFoQ   Asking some useful questions about data and its uses.

There Is No AI Without IA

DDN is helping the University of Edinburgh accelerate its genomics and other industry research. According to professor Mark Parsons, director of the Edinburgh Parallel Computing Center, DDN’s high-performance storage supports…

Many Android Phones Vulnerable to Attacks Over Malicious Wi-Fi Networks

There's ablog post from Google's Project Zero detailing an attack against Android phones over Wi-Fi. From Ars Technica: The vulnerability resides in a widely used Wi-Fi chipset manufactured by Broadcom and used in both iOS and…

A Bridge Too Far

In Atlanta last week a fire destroyed a major highway bridge right on my, and so many others, commutes. I've been playing with different strategies, like coming in later or even working at home when I can, not so easy when… Lance Fortnow | April 6, 2017 at 08:44 AM From insideHPC Today ISC 2017 announced the finalists for the Hans Meuer Award. Introduced in memory of the late Dr. Hans Meuer of TOP500 fame, the award recognizes the most outstanding research paper submitted to the conference’s Research …

Interview with Prof. Bill Beeman on the ways ethnography can improve business 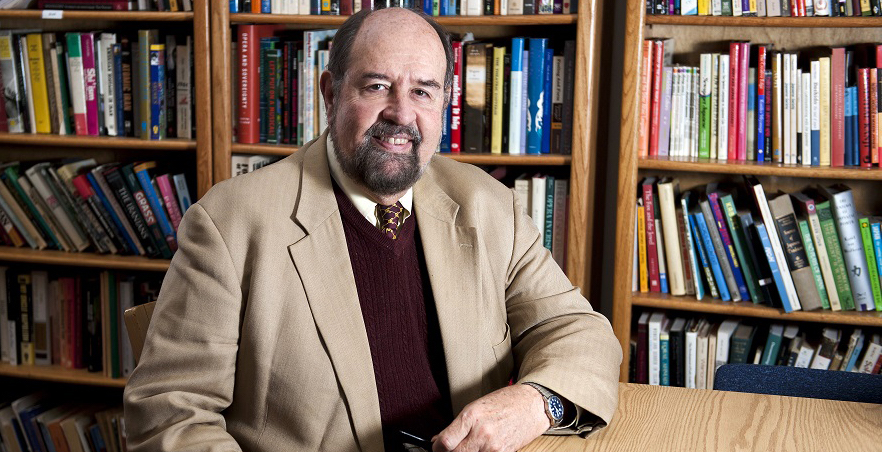 A fertile relationship is growing between anthropology and business. Marketers are finding that anthropologists gather very useful knowledge by studying consumers in their natural habitat using the ethnographic techniques of …

Never Understood why this originally done, but now one less step:  In Cnet:

You can now use any Alexa skill without enabling it first
You no longer have to manually enable Alexa skills before you use them. Just tell Alexa to open…

How could LinkedIn be disrupted?

When I worked at LinkedIn, I focused on its mission of “connecting talent to opportunity at a massive scale”. Or, as I preferred to describe it, helping people hire and be hired.

LinkedIn is the market leader for hiring, but it… Daniel Tunkelang | April 5, 2017 at 06:59 PM From The Eponymous Pickle

Process for Next Generation Operation

I like the idea of starting with the process.   In McKinsey:

Each company’s path to a new operating model…

Today Hyperion Research reports that Worldwide factory revenue for the high-performance computing (HPC) technical server market grew 4.4% in full-year 2016 to a record $11.2 billion, up from $10.7 billion in 2015 and from the…

Been writing about the Polinode system for   "...  networking analysis capability in the cloud .. "   for some time.  They continue to update their offering.  See also, their blog.

" ... We are thrilled to announce that a number…

There's a new report of a nation-state attack, presumed to be from China, on a series of managed ISPs. From the executive summary: Since late 2016, PwC UK and BAE Systems have been assisting victims of a new cyber espionage campaign…

Job of the Week: Research Technologist at LANL

Los Alamos National Lab is seeking a Research Technologist in our Job of the Week. "This position will focus on research and development of novel DNA and RNA isolation and library preparation methods to accommodate library preparation…

Ethnography and industry: a reflection on a coming of age

Curiosity and Creativity in an AI

Something we worried about when we built logic based AIs.   One executive rejected the effort, saying:  "  .. I want something new, fresh ... not what comes from old expertise, or old data ... ".   In the HBR:

Can AI Ever Be as…

Watson as it might apply to supply chains. Starting to take a closer look.  In IBM's view:

" ... According to the IBM Institute for Business Value research, lack of visibility and transparency is the greatest hurdle in achieving…